A 15-year-old minor died on Sunday, September 4, 2022, shot to death in Besançon (Doubs), in the Planoise district, in an area where traffickers in cannabis, heroin, cocaine … the drug trade are ubiquitous, in order to better understand what is happening today in many areas from Besançon to Lyon, Toulouse or Marseille. INTERVIEW.

Michel Kokoreff is Professor of Sociology at Paris 8 University and an expert on deviant drug practices. This sociologist knows perfectly well the world of traffickers and the “functions” that make it up: the observer who monitors the places of trade, sometimes for fifty euros a day, the coal miner who sells drugs, the manager who organizes and protects the places of sale, the drug traffickers who import drugs to French territory mainly from Morocco and Holland. A complex organization from one city and one district to another. An organization made up of young and male profiles, which he saw evolve over time.

Drug trafficking is a world that is no longer organized the way it might have been in the past. With a few big traffickers in place, they kept order in the area so as not to attract the attention of the police, summarizes Michel Kokoreff. “As with any division of labor, there is a division of tasks. Like any economy, you can’t make millions in the drug economy. Today, lucrative positions are in the minority, and drug dealers are rather in the majority,” he says.

Between those and others there is rivalry, competing teams that regularly cause confusion, sometimes punitive expeditions, massacres,

For the latter, acts of violence can be explained by the fact that “certain territories do not belong to managers or drug suppliers. If these grounds are not met, or if there is competition and repressive action, it will destabilize road users. Then the drug trafficking networks can become more cautious, practice door-to-door sales in certain cities, move.”

Another observation: “The effects of repression destabilize the market, favor this resettlement and internal tension between the teams of traffickers,” notes the sociologist.

The use of firearms without rules.

Use of cannabis, a popular drug for many users.
•
© SILVI CAMBON / FREE MIDI – MAXPPP

“In many cases in Toulouse, Marseille we have a ‘deregulated’ market where positions are unstable and they can be very competitive. And there is the use of firearms without rules. Shooting in broad daylight, playing with guns. Fortunately, sometimes they don’t know how to shoot. And sometimes drama happens, ”concludes Michel Kokoreff. A marked increase in violence almost everywhere in France due to a new and younger generation involved in drug trafficking.

Will this drug trafficking ever stop? Are they easy to pay off? No. For the sociologist, we are far from this scenario. Because drugs have never been so easy to find and buy in France. On the street, on the Internet, on the dark web, delivered to your home, going abroad to Belgium, to neighboring Holland. “There is a very strong social demand for drugs, despite the strong repressive focus in France, which is a paradox,” says Michel Kokoreff.

In 2020, the French spent 4.2 billion euros buying cannabis, cocaine, heroin, crack and other drugs, according to INSEE.

“In France, we have repressive practices that are at a very high level, more prosecutions, but this does not stop consumers from consuming. With strong social demand, residential complexes are a bit like a supermarket, even with a risk. And dealing with this social demand is a bit difficult, so the police are arresting young cannabis users, as they are encouraged to dial numbers, it suits them … the will to attack the big ones, go up the channels when we know very well where the drugs come from,” says Michel Kokoreff. 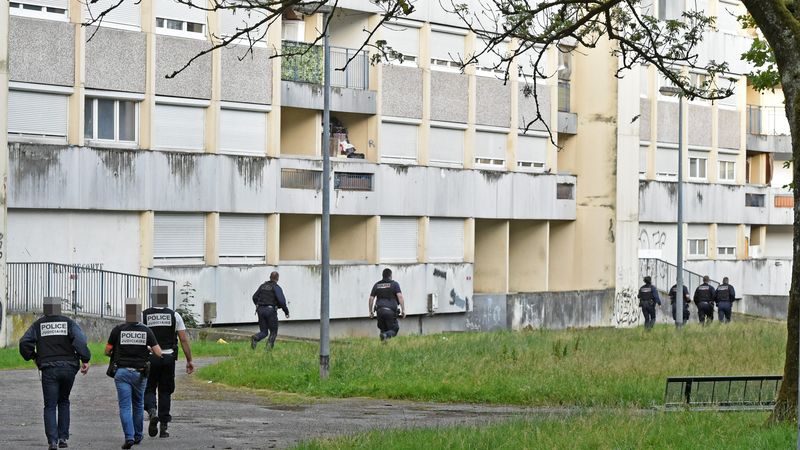 Some countries, such as Canada, decided in 2018 to decriminalize cannabis. Canadians were the first G20 countries to do so. The black market has retreated. At the same time, Canada relied on public health policies to prevent and combat cartels, recalls Michelle Kokoreff. Should we learn from their example? Should drug use be decriminalized for users? Two ways that are not on the agenda in France, according to the sociologist.

“Solutions exist. But the French solution is the status quo. We do not change the law, and therefore we continue to cover repressive health issues, even if we state a failure or misfires, it does not work as we would like, ”the specialist launches.

In terms of public policy, there is both social hypocrisy, because we know that the rich consume more than the poor, because punishments are not at all the same depending on the place of arrest, and health hypocrisy, because cannabis is no worse than alcohol, this has been demonstrated INSERM expert report. It’s a drug, but not a powerful one. Passing this off as the worst thing in the country of wine and aperitifs is not very serious.

The sociologist believes that France should move towards a policy of prevention, risk reduction and public health, as did the Netherlands, Switzerland, Holland and Germany. He doesn’t say he opposes repression, but he says “the cannabis police today are partly self-defeating when they limit themselves to consumers and cover their faces with supply chains and international networks.”