New species, both animals and plants, can be found in the most unexpected places. A new specimen of the giant water lily found at Kew Gardens in London is an excellent example. This time, three new snake species have been discovered in Ecuador, a small country sandwiched between Colombia and Peru. Their attraction to sparsely populated and dark places has led them to curious places.

Snakes of the genus Atractus are rare, so juveniles or males have never been observed in some species. However, this genus is rich with about 150 species present worldwide. But they are especially wary and remain hidden for most of their lives. Many of these snakes live underground or hide in crevices. So Alejandro Arteaga and his team of Ecuadorian researchers struck on September 15, 2022 in the journal ZooKeys, describing three new species that belong to the genus Atractus: the discovery of Atractus, Atractus zgap, and Atractus michaelsabini.

The kind that loves crypts

“The Atractus find was found buried in a crypt in the cemetery of the city of Amalusa, located in the province of Azuay, Ecuador,” Alejandro explains Science et Avenir. Arteaga, lead author of the study. This discovery occurred during a series of expeditions, the main goal of which was to find extinct species of toads. Therefore, the discovery of these snakes is largely accidental.

This snake has a beautiful bright yellow belly, cut through with a dark brown longitudinal line. It was named after the Research Expedition Grants of the Explorers Club participating in this new study. According to the International Union for Conservation of Nature (IUCN) Red List criteria, the scientific community does not yet have enough data to assess the health of this species.

An unknown snake was spotted at school

Atractus zgap was found under rocks and rotting logs in the garden of a small school in the city of El Chaco, Napo Province, Ecuador. This snake was discovered by a local school teacher who loves these reptiles. The species is named after the Zoological Society for the Conservation of Species and Populations (ZGAP), a program dedicated to the conservation of unknown but endangered species. What happened to this particular instance. 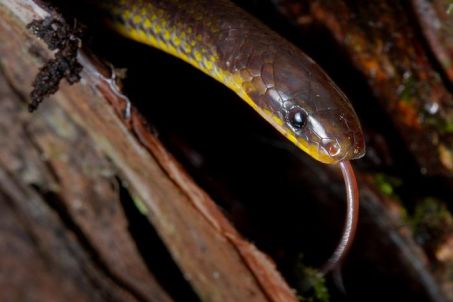 According to the researchers, this species should be classified as “endangered” in the Red Book, since its presence as close as possible to human settlements reflects the fragmentation of its range due to deforestation. And cohabitation with fellow villagers can be very difficult. Diego Pignan, the teacher in question, explains in a press release: “When I first arrived in El Chaco in 2013, I saw many dead snakes on the road, others were beaten with machetes or stones. Now, and after years of talking about the importance of snakes, children and their parents, still fearing them, appreciating and protecting them.”

Buried next to the church

A third described species, Atractus michaelsabini, is also critically endangered. This one, named after Michael Sabin, a member of a family active in amphibian and reptile conservation, is under threat from rampant deforestation in South America. “The snake Atractus michaelsabini was found buried next to an old church in the city of Guanasan, El Oro province, Ecuador,” recalls Alejandro. Arteaga. 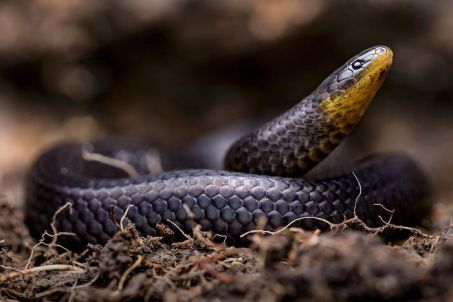 This is an unexpected consequence of the destruction of the habitat of these inconspicuous snakes: they now hide on street corners.