We got a glimpse into the future at CES 2023. Nanosys, the company whose quantum dot technology powers millions of TVs, showed us a top-secret next-generation display prototype.

What we are talking about ? Electroluminescent quantum dots. This is a technology that will combine or even replace LCD and OLED screens for phones and TVs. It promises better image quality, energy savings and increased production efficiency. With a simpler design, these screens are theoretically so easy to manufacture that they could open up a science fiction world where inexpensive screens are fitted to everything from eyeglasses to windshields and windows.

The prototype we saw at CES was a 6-inch display attached to stacked circuit boards. It was incredibly flat, like a sheet of paper. A gallery of nature photographs scrolled on the screen. This technology is still so advanced that Nanosys only allowed us to post a blurry image. The company told us that its industrial partner, who has not yet been named, will reveal more about the technology in a few months.

Before going into the details of what I saw, a brief reminder of quantum dots. These are tiny particles that, when energized, emit light at a specific wavelength. Quantum dots of different sizes emit different wavelengths. In other words, some dots emit red light, some green, and some blue. They are also extraordinarily efficient, radiating the same amount of absorbed energy almost perfectly.

Two of the existing methods for adding quantum dots to LED LCDs. The main difference is the ability to add QDs to the diffusion plate instead of its own film layer. Nanosis

For several years, manufacturers have been using quantum dots to improve the brightness and colors of LCD TVs. The “Q” in QLED stands for “quantum”. Quantum dots were originally only found in high-end TVs, but are now being used in mid-range and entry-level TVs from brands such as Samsung, TCL, Hisense, LG, and Vizio. They help improve colors, HDR brightness, and more.

This is how quantum dots are added to QD-OLED and microLED displays. In the first case, the whole panel is mostly blue Oled pixels, some of which are converted by QD to red or green. In the second case, the QDs are built into the microLEDs themselves. Nanosis

More recently, Samsung has paired quantum dots with an Oled display. As a result, its QD-OLED TVs (and those of its partner Sony) provide some of the best picture quality. 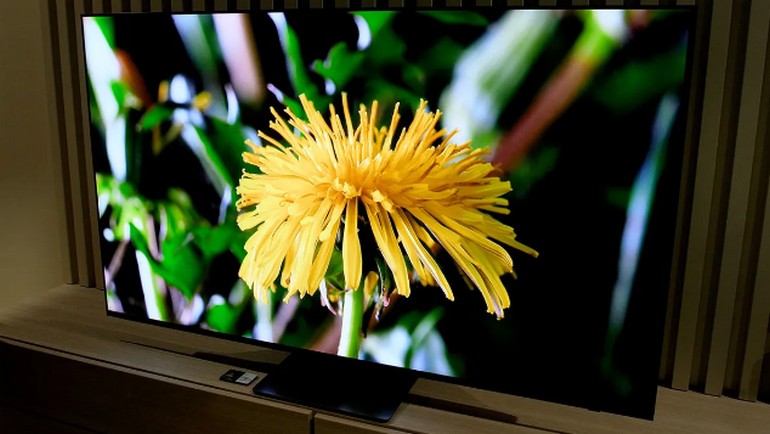 Until now, quantum dots have served as a foil for old technologies. In the future, they are called upon to play a leading role.

The quantum dots still used in display technologies are called “photoluminescent”. They absorb light and then emit it. LED-backlit LCD TVs typically use LEDs that emit blue light. This blue light is what we see on TV, but it is also used to make the red and green quantum dots emit their own light. So what we see on the screen is the blue light from the LEDs and the red and green light from the quantum dots that combine to create an image. There are many ways to implement this process, but this is the basic idea.

Electroluminescent displays with direct view quantum dots. Instead of LCD or OLED pixels, these are pixels made entirely of quantum dots. Note the much lower number of layers, which should theoretically lead to lower manufacturing costs and other benefits. Nanosis

The prototype we discovered was completely different. No traditional LEDs or Oled. Instead of using light to excite the emission of quantum dots, it uses only electricity. And nothing but quantum dots. They are known as light emitting direct vision quantum dots. The potential for this innovation is enormous. In theory, this means thinner, more energy efficient screens that are easier and cheaper to manufacture. In terms of image quality, the potential is at least as good as QD-Oled, if not better. In addition, the technology is scalable from tiny, lightweight, high-brightness displays for next-generation VR headsets to phone screens and flat-screen TVs.

Nanosys has called this direct view quantum dot technology “nanoLED”, which we think is confusing. The TV market is full of “LED” designations, and it’s a bit of a stretch to ask the consumer to understand that “nano” is different from “micro” and “mini.” 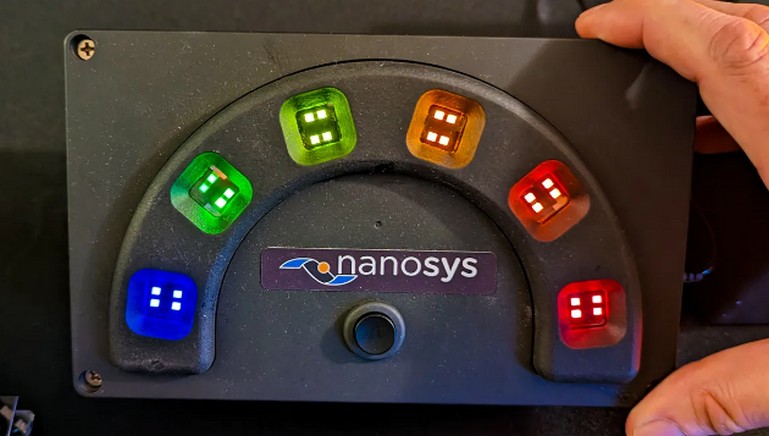 A future worthy of science fiction

The potential of light-emitting QDs is not limited to smartphone and TV screens. With a simpler display structure, they can be integrated into more terminals. More precisely, on a wider variety of surfaces. What does it mean ? That almost any flat or curved surface can become a screen. A future that feeds many sci-fi stories and that electroluminescent quantum dots could become a reality.

For example, you can embed a screen in a car windshield for high-resolution display on the windshield. It will, of course, transmit speed and navigation data, as well as augmented reality for safer night driving thanks to QD-enhanced lane markers and traffic signs. Such a display could also show, without taking your eyes off the road, where other vehicles are around the vehicle. This type of QD screen can have 95% light transmission, which means that when turned off, it will be almost as transparent as regular glass.

Augmented reality glasses already exist, but they are bulky and have low resolution. The QD display could be printed directly onto the lenses, requiring less complex bezel electronics. The design would be like ordinary glasses, but would display information about incoming messages, a video call, a route, or a movie. 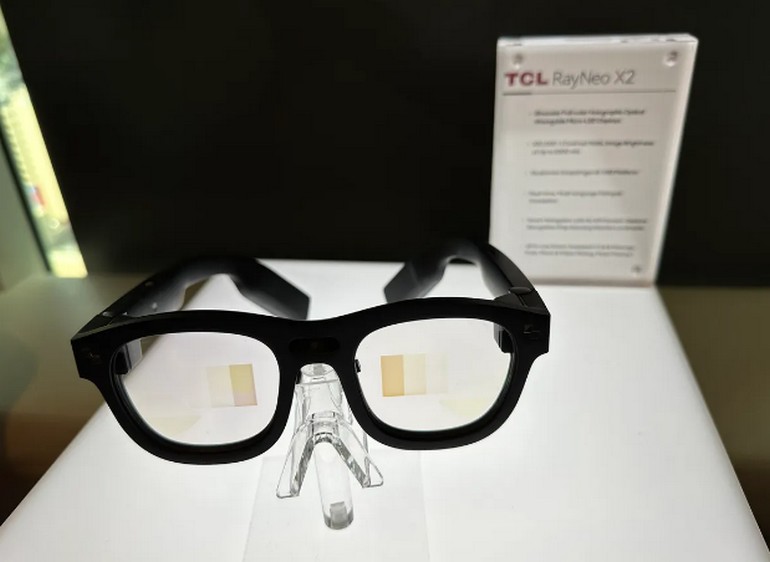 Augmented reality glasses like the TCL versions shown here that use MicroLED technology are one possible use for light-emitting quantum dots. James Martin/CNET

Almost any surface can work this way. Bus or subway windows could become screens to disseminate information to travelers. And, of course, it is very likely that advertisers will take advantage of this opportunity to advertise.

The history of CES is full of prototypes that never made it to market. Nanosys has a solid history and works with the biggest names in the industry. The company told us that quantum dot direct-view displays won’t be mass-produced for a few years.

The initial cost of production will determine the size of the first nanoLed screens. First phones and VR headsets, then TVs? It’s possible. TV production lines are expensive to build, and manufacturers will be reluctant to refurbish or close old factories until they get a full return on investment. Therefore, it is likely that quantum dot LCD TVs and QD-OLED TVs will coexist with direct view QD models in the near future.