Changing gas or electricity providers is anything but an obstacle course. Better yet, changing your never renegotiated contract against one of the very many offers now available on the market generally leads to great savings or to act in favor of the environment by opting for a supplier engaged in the development of renewable energies. But preconceived ideas die hard: changing suppliers would be complicated, ultimately not as interesting as that or else would expose them to cuts … Let’s demine them together.

1. Savings are negligible by switching gas and electricity providers

False! Especially if you use one of these two energies to heat you. Millions of French people have already taken the plunge, and for good reason: it is possible to scoop up tens or even hundreds of euros per year. This is the main reason for the change of gas and / or electricity supplier. This is also the main argument displayed by energy players: by leaving the regulated tariffs of EDF and Engie, whose prices are set by the public authorities, the savings are at the end of the road. And they are not negligible: up to 20% on the price of the kilowatt hour! Or, for a family that heats with gas (17,000 kWh / year) up to 168 euros earned over a year, which still represents a beautiful shopping cart or a good restaurant! Obviously, the higher the consumption, the more the savings will be too!
Another example is with a Marseille family whose consumption is 12,500 kWh of electricity per year and whose meter power is 6 kVA. If it remains at the regulated tariffs, the annual invoice reaches 2,054 euros. If she opts for an offer at the market price, she will save 518 euros by going to Mega Energie, 305 euros by going to Mint Energie or Ohm Energie or even 261 euros by subscribing to E.Leclerc Energie.

Please note, however, the reductions announced by the suppliers concern only part of the invoice. more precisely that of consumption in kWh. Added to this is the subscription, which is fixed according to the chosen meter power, as well as the costs of supply and delivery, and finally, taxes (VAT, CSPE, etc.) which alone represent more than a third. the invoice’s ! Also beware of the cost of the subscription: some suppliers display very low kilowatt-hour rates, but make up for that.

2. I risk having unpleasant surprises on my invoices

False again. Because depending on the offer you choose, it’s the opposite, you will see more clearly in terms of budget. Because this is one of the other virtues of switching suppliers: no longer having to endure upward variations in energy prices. If this is the goal you are looking for, you should focus on suppliers’ fixed price offers. They make it possible to better anticipate energy expenditure since the tariff announced when the contract is signed will remain the same for a given period. These fixed energy prices can last 1 year, 2 years (Cdiscount Energie pour la gaz, Energies du Santerre, Energem, Eni, Engie …) or even 3 or 4 years (Sowee, Eni, Engie, Dyneff … ) depending on the contract chosen. And thus protect from price increases.

However, with the Covid-19 pandemic having drastically reduced energy prices, it may be wise to opt for a fixed but revisable price offer today. This type of contract allows on the one hand to be protected if there are price increases while benefiting from the decreases when they arise. In other words, to tuck in whatever the situation. But these contracts are rather rare, they are found in particular at Eni and Engie.

Our advice: compare the offers using the comparator of the Energy Mediator. With the support of your gas and / or electricity bills, enter your consumption data and access all the competing offers of the regulated tariffs of EDF and Engie. It then only remains to sort the offers according to the characteristics: the prices of certain suppliers are indexed to the regulated tariffs and follow their variation (every month for gas, once or twice a year for electricity), others offer fixed prices (a filter makes it possible to select the duration, 1, 2, 3, 4 years) which can sometimes be revised. Use the “Price Evolution” filter to display them.

3. I’m not sure if I’m doing the planet any good

Yet yes, provided you select a dedicated supplier or offer. Because consuming organic and local is trendy, including in energy! Indeed, many suppliers offer green electricity offers. The principle: support the development of hydroelectric power stations, wind turbines and solar panels.

Be careful however because not all green offers are created equal (read our guide on the subject). On the one hand, there are very committed suppliers who are working to develop such means of electricity production in France and thus promote local consumption. Among them are Enercoop, Ilek, Plüm, Planète Oui, Urban Solar, ekWateur and Mint Energy. Then there are those who buy electricity on the wholesale market (from nuclear or coal power plants) and then green it by buying certificates of origin from European renewable energy producers. To recognize them, here again the comparator of the Energy Mediator proves to be invaluable since it details for each offer the nature of the green electricity delivered. 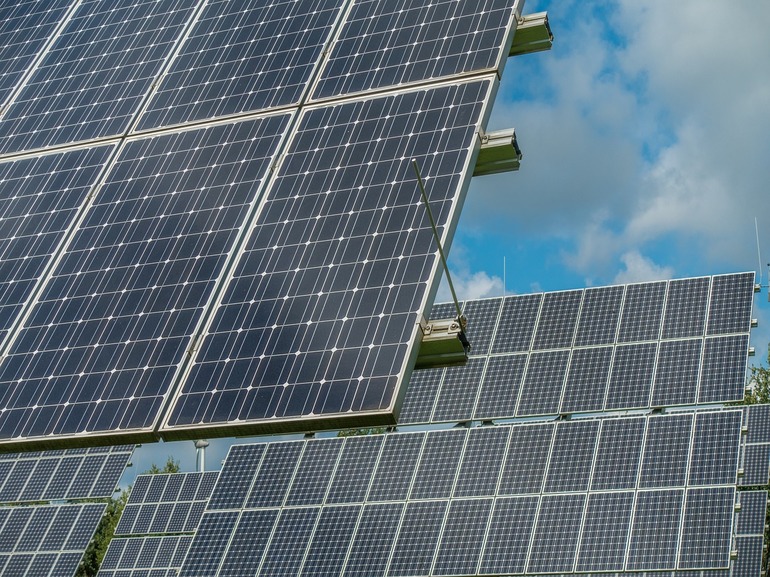 As for green gas, for example from biomass, it is still difficult to find. Few suppliers are offering them for a good cause: biogas is just as rare, production is still confidential. They can be found at Ilek, ekWateur, Gaz de Bordeaux or at Engie. But often, biogas represents only part of the gas supplied, for lack of a source of supply.

4. If I change supplier, I am bound hands and feet with him

Certainly not ! Better than for mobile phone plans, all gas offers, regardless of the supplier, are strictly without obligation! In other words, you can flick as you see fit between different providers at the time you want. And without having to justify your choice, at any time (even a month after the start of your contract), all without any cost to pay!

The opportunity to adopt a strategy to keep the amount of your invoices as low as possible: change suppliers for example every year depending on the promotions offered. For example, Cdiscount Énergie regularly orchestrates special offers with up to 20% off the price per kWh. Why deprive yourself, especially if your consumption is high!

5. Better to stay at regulated gas prices until they disappear

You would make a very bad calculation there! It’s a fact: by July 1, 2023, all Engie customers (ex GDF-Suez) with a contract at regulated rates will be obliged to go for an alternative offer. Why ? Because these tariffs have been found to be contrary to European law and are therefore bound to disappear. The countdown begins. If you do nothing before the fateful date, an offer will be imposed on you! It would be a shame when you have all the time necessary to properly study the market proposals and make a wiser choice for yourself.

Is it better to deal with it right away or wait until the last moment? In fact, it would be a shame to play the watch because gas contracts at market prices are budget speaking much more attractive than regulated prices. In other words, to change now is to make great savings right away. An argument that should not be overlooked when the Covid epidemic had negative impacts on the financial situation of many households. 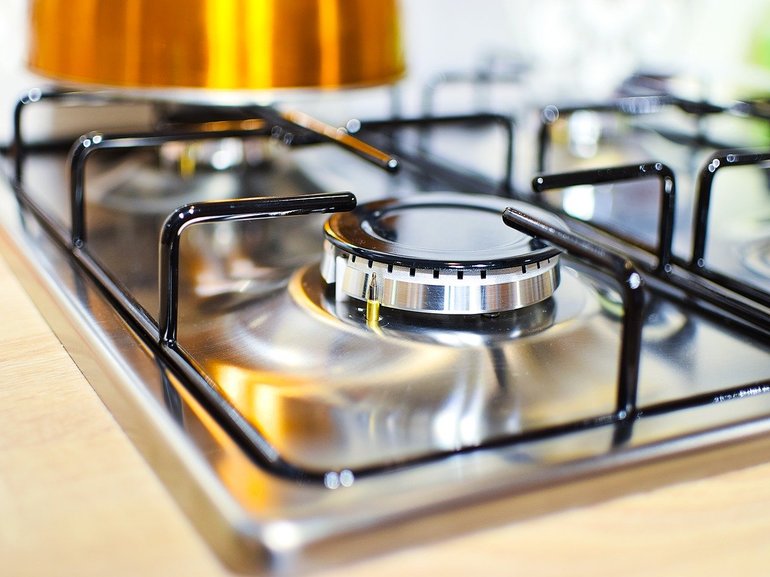 But which contract to choose then? There are several types of offers. First, the one with indexed prices. This means that the evolution of the price of gas to be invoiced will always be X% lower than that of the regulated tariffs, the discounts often being between -10 and -20% at best. Secondly, those at a fixed price: when signing the contract, the supplier undertakes that the advertised price does not move for 1 to 4 years. But here, it is better to opt for evolving fixed prices which protect increases but also allow to benefit from decreases (read point 2). And the declines promise to be particularly interesting: the price of gas follows more or less those of oil, and a barrel has never quoted as low as today.

Note: the regulated electricity prices that only EDF can market are not threatened with disappearance. They will continue to exist, the Council of State not having judged that they should be called into question for private customers.

6. Changing gas or electricity providers is too complicated

You have it all wrong. Do not imagine that changing your electricity and / or gas supplier is a source of red tape. A little on the same model as the change of mobile operator, it suffices when subscribing a new offer, to communicate your contact details as well as the delivery point number (PDL) indicated on your last electricity bill as well than a self-reading from your meter. Once these little formalities have been completed, the new supplier takes care of everything: cancel with your future ex-supplier and then, when the time comes, switch your meter. All without intervention on your part or any cuts to be feared! It is also without work to be planned or intervention (except commissioning of a new meter, for example). Again, do not hesitate to read our dedicated guide, where we detail the procedure.

7. If I change supplier, I will no longer be able to benefit from state aid

Not at all ! For the most modest households, it is indeed not necessary to be a customer of the historic suppliers (EDF or Engie), and at the regulated tariffs, to benefit from State aid for the payment of invoices. The Energy Check can indeed be used at all gas or electricity suppliers and regardless of the type of offer subscribed. The Energy Check (official simulator to consult here) is automatically sent each year to households whose reference tax income (to be found on their tax notice) does not exceed certain ceilings, for example 7,700 euros for a single person). Its amount is not negligible: it can reach up to 277 euros per year! And more than gas and electricity, it can regulate other heating means: fuel oil, wood, LPG …

Image credit from Une: Image by Carlos Pereyra from Pixabay.

Galaxy Fold 2 delayed – this is bad news for Samsung

Understand your own systems before hackers strike

[Etude] Fundraising, turnover, technologies… Where is French tech sport at?

Galaxy Fold 2 delayed – this is bad news for Samsung

Understand your own systems before hackers strike

[Etude] Fundraising, turnover, technologies… Where is French tech sport at?

Test of the Crucible game on PC

Stimulus check 2: Who does (and doesn’t) qualify for payments?