Football fans are ready to have a good time in front of Euro 2021 football with all the panoply of the perfect supporter: a good screen, team football shirt, scarf and everything that goes with it to eat during the games. matches. But something less obvious is missing: a good VPN.

VPNs, or virtual private networks, allow you to connect to a remote server provided by a third-party company. Compatible with computers, smartphones or tablets, they can even be installed on modern connected TVs. But how can it be useful in the context of Euro football?

1. Live the matches with the local atmosphere

Watching your favorite team with on-screen specialist commentary is good, but when you follow a game that doesn’t concern our team, it can be a little less exciting. To add a little spice to these meetings, you can choose to watch them on the channels of one of the countries concerned by the meeting. A match like Italy-Turkey with commentaries in Italian, that sets the mood.

Only channels generally restrict access to their platform to connections with an IP located in the country of issue. VPN applications make it possible to circumvent this limitation by offering the possibility of connecting to the server of a foreign country and thus unblock access to the channels.

NordVPN remains on our list of the best VPNs for a number of reasons, including its excellent value for money. We recommend this virtual private network service for its constantly improving security and without compromising on speed.

If you are connected at your place of work or with a connection provided by a third party, it is possible that access to certain entertainment sites such as those of television channels is blocked. Goodbye to the match live, at the risk of spoiling the result if you plan to watch it in replay.

VPNs apply encryption to the connection and allow you to bypass restrictions imposed by connections over which you have no control. Goodbye blocking, you will be able to watch your match broadcast live on the platforms of the television channels. 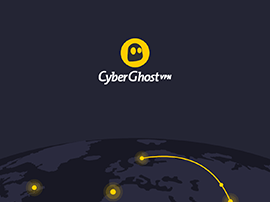 CyberGhost is a VPN service that offers very well designed applications compatible with most systems, it offers an attractive price to connect up to 7 devices. We also appreciate the possibility of easily choosing the country of connection and their servers, some of which are dedicated to particular uses such as streaming.

3. Watch the matches on French channels from abroad

Expatriate? Travelling ? If you are one of the few French people who work abroad or are traveling during Euro football, you may want to follow the meetings on French channels with commentators you know well. But again, geolocation can prevent you from accessing this fun.

A VPN will allow you to select a server in France and thus unblock access to French national channels as if you were in the territory. 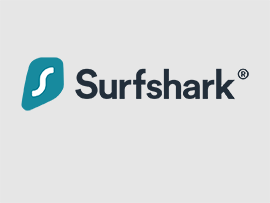 In the field of VPNs, Surfshark manages to couple a very low price, as long as one subscribes for a certain time, with an absence of restriction on the number of simultaneous connections. It also offers some welcome services, such as an ad blocker, or the possibility of going through two places rather than one (multi-hop) to add a little protection.

And to know everything about the Euro Football, do not hesitate to follow on all the articles on the sporting event of the year.