During its conference on June 2, Huawei focused on its homemade OS which will soon animate its ecosystem of products. We were able to experience it on the latest devices composing it during a short demonstration session.

HarmonyOS: what is it?

Huawei formalized its operating system in August 2019 but it was not yet a credible alternative to Android. Pressed by US sanctions, the company forced to compose without Google Mobile Services (GMS) and dispossessed of its Android license has accelerated the development of its home OS and its Huawei Mobile Services (HMS) with the aim of presenting a solution ready to integrate all the products of its ecosystem. The Honor Vision led the way in 2019 when Honor was still a subsidiary of Huawei. From now on, HarmonyOS in its version 2.0 is preparing to cover the entire ecosystem of the company except the universe of the PC which should continue to evolve under Windows.

If we trust the findings of the teams ofArs Technica who have dissected the source code of HarmonyOS 2.0, this system would be based on AOSP (Android Open Source Project). Like Amazon Fire OS, it would be a fork of Android. Its interface is therefore similar to that of an overlay grafted onto the Google OS. Existing Android apps work on devices equipped with the platform. The manufacturer intends to make a gradual transition to HarmonyOS and has received the commitment of 4 million developers to design applications dedicated to its operating system. At present, more than 134,000 applications are fully running with HMS.

HarmonyOS is a very clear reality in China since it is modeled by an ecosystem born in 2019. In France and in Europe, it’s a whole different story, but the introduction of products operating under this OS could allow the brand to popularize it.

We were able to briefly experience HarmonyOS 2.0 a few days ago. As said above, it is a multiplatform OS intended to work on all the products that make up and will make up the brand’s ecosystem except PCs.

During its event on June 2, Huawei notably presented HarmonyOS 2.0 on smartphones. In short, an overview of the interface of the future P50s. It is not a surprise, the manufacturer has especially put forward the capacity of its OS to facilitate the connection between the various devices which are equipped with it. The control center, modeled after that of the iPhone, allows you to quickly see the different objects that are connected together from a panel located just under the quick settings and shortcuts. 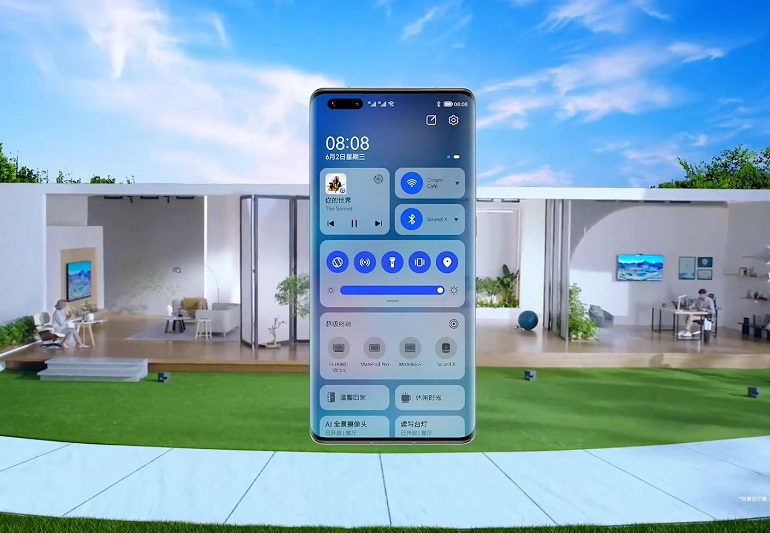 The smartphone, the tablet, the PC but also the TV can take on the role of “Super Terminal”, the one which offers you the possibility of interacting with all the devices. Huawei eliminates in fact all the applications allowing to pair an object and to manage its connection. If you listen to music from your smartphone for example, you can transfer it to a speaker, headphones, headphones or a television just by moving its icon to that of the device concerned. In the same way, a drag and drop will allow you to continue on your TV a film started on your smartphone. If you have a smartphone and a tablet running HarmonyOS, you will be able to transfer your data and activities from one device to another. Huawei partners will also be able to offer products compatible with HarmonyOS devices via the HiLink protocol. 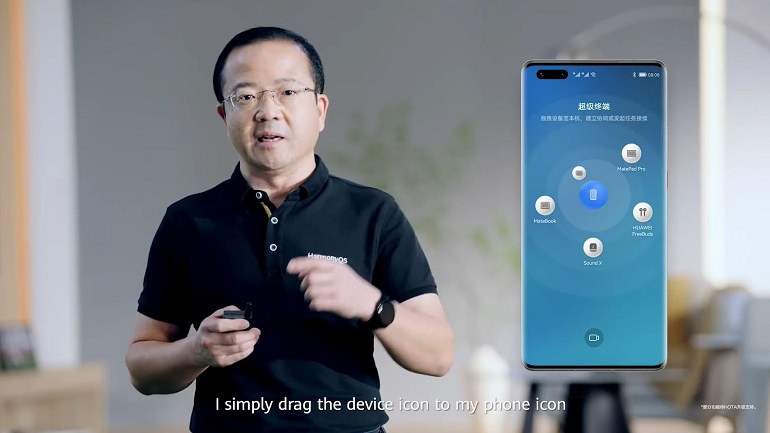 Widgets are also part of the game and Huawei insisted on the many customization options. They are available on smartphones but also on tablets, watches and televisions.

OS takes several forms depending on the type of device on which it is implanted. On the Huawei Watch 3 and Watch 3 Pro, HarmonyOS uses the watchOS codes. While a vertical scroll was requested by previous generations to access their features, these new models display in a grid all the applications preinstalled or downloaded from the App Gallery. 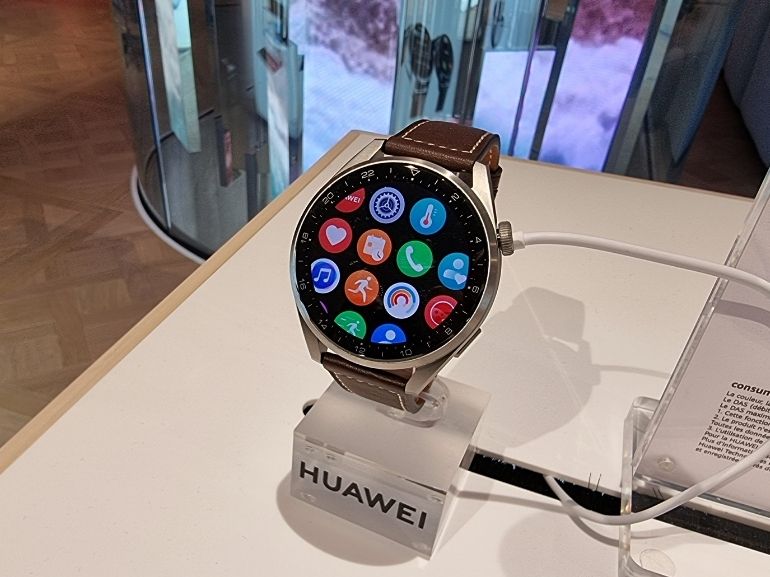 Huawei’s latest tablets, namely the MatePad 11 and MatePad Pro 2021 run on HarmonyOS 2.0 and again, the look of the interface is reminiscent of an Apple OS, in this case iPadOS. We thus find a dock which groups together the favorite applications. 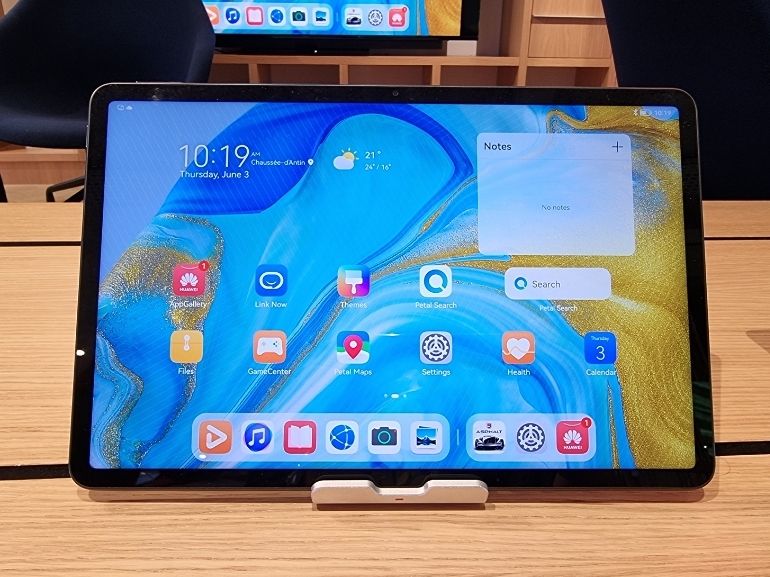 The products presented by Huawei during its event on June 2, namely the Huawei Watch 3 and Watch 3 Pro, the MatePad 11 and MatePad Pro 2021, as well as the MateView and MateView GT, run on HarmonyOS 2.0.

Huawei has also communicated the list of smartphones and tablets that will receive an update to HarmonyOS 2.0. But beware, only the Chinese market is affected for the moment.