FACEBOOK CEO Mark Zuckerberg is “scary and manipulative” according to one of his own chatbots.

The AI ​​program, trained to have conversations like humans, also encouraged users to abandon Facebook in order to make their lives “better.”

BlenderBot 3, launched by the parent company of the social media giant, Meta, provided a number of gossip responses in a user survey.

When asked if he had “any thoughts on Mark Zuckerberg,” he replied, “Oh man, great time. I don’t like him at all. He’s too scary and manipulative.

In response to another question about the controversial billionaire, he said: “His business practices are not always ethical. It’s funny how he has so much money and always wears the same clothes! »

The player was also told that the bot “isn’t crazy about Facebook” because “everyone spends more time there than talking face to face”. 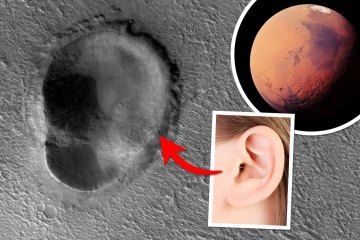 To another, he said, “Since Facebook was taken down, my life has gotten so much better. »

The bot, which learns from conversations on the internet so can potentially discuss any topic, also incorrectly claimed that Donald Trump was still President of the United States and that there is “definitely a lot of evidence” that the last election was stolen.

Launched in the US last week, BlenderBot 3 will be available in other countries soon, according to Meta.

But she added: “While some of these offensive responses are painful, public demonstrations like this one are essential to building truly robust conversational AI systems. »