Who says Saturday, he says RA-VI-O-LI! No, I’m kidding! Saturday is synonymous with your favorite Success Hunter column. This week we’re taking a look at Aquadine, released by your favorite studio: Ratalaika Games. Plug in your controller, let’s go!

Robin, a young student a.k.a. Ciel, a gondolier, works to help cover his ailing mother’s hospital expenses. He is surrounded by several classmates: Diana, gossip-loving and Ciel’s undisputed admirer, Cameron, Anya, a mysterious and mute designer, and Elizabeth, a famous singer who has just arrived at Aquadin. The city, famous at the time for harboring sirens, is now extinct.

One evening, as Ciel finishes returning his last clients, he hears a melodious voice repeating the song he hummed hours ago. It is then that he meets a mermaid whose identity he will try to figure out while retaining his own. 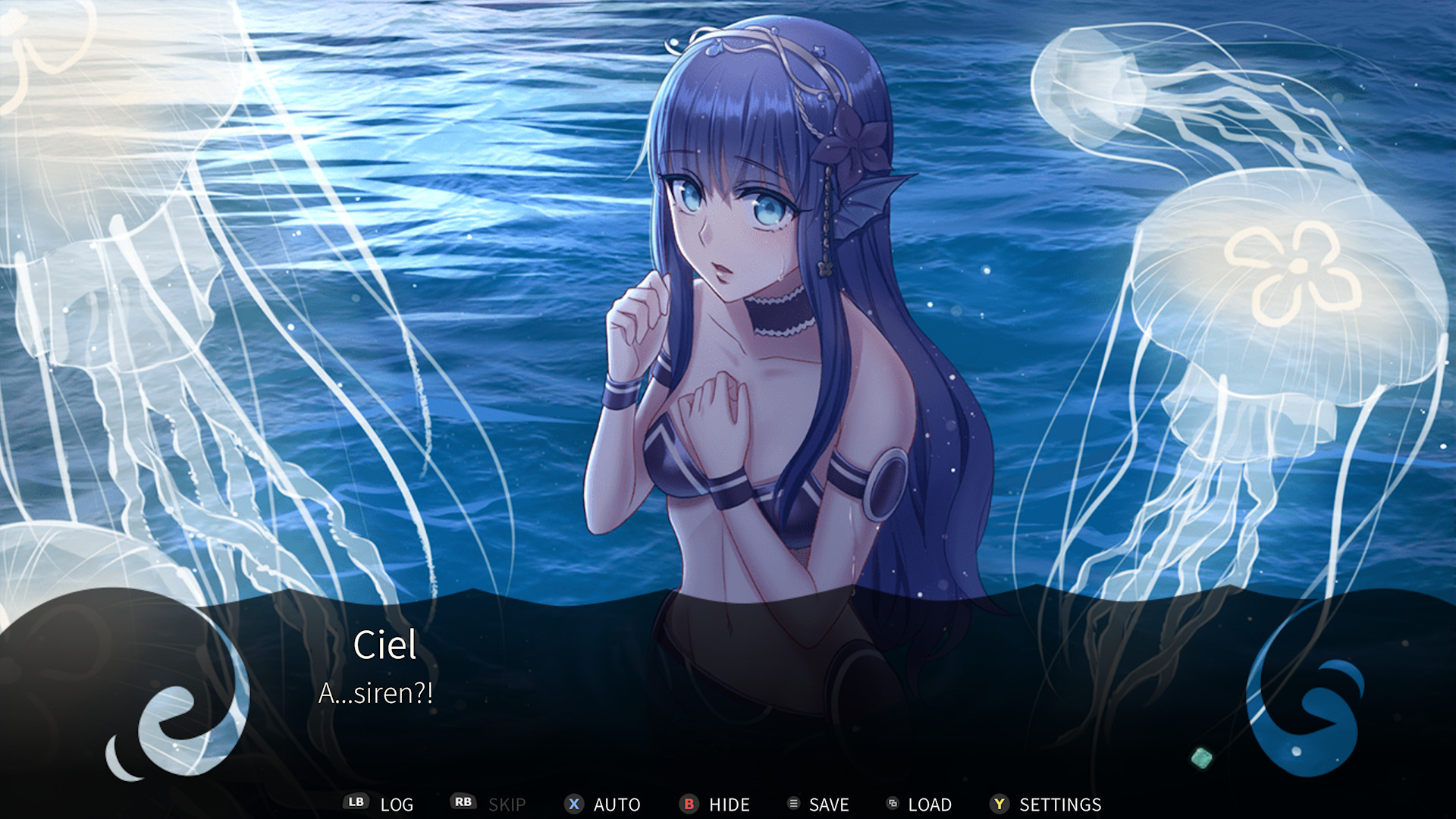 Throughout the game, you’ll learn more about the connection between Robin and the mermaid, as well as the “fat” cat, as well as their respective life stories. Once you know who is behind this magical metamorphosis, you can watch the stories of Anya, Diana, Cameron and Elizabeth.

Also take part in the investigation at the school to find out the identity of the food thief (be careful, worthy of an exclusive investigation). The title will allow you to follow the daily lives of these 5 students: walking, group photos, swimming on the beach, etc. Dive into your teenage memories (I didn’t say you were old, be careful…).

The soundtrack remains enjoyable, changing with the intensity of the scene. As for the sound effects, they are sometimes…interesting, let’s just say. A few dubbed expressions in English, such as “Really? or “Don’t worry” are individual to each person and can sometimes be redundant. Luckily, we’ve allowed ourselves to be carried away by a story that mixes humor and sadness with that complex transition into adulthood.
A small addition to this game will be for fans of the manga, with these colorful characters and features of Japanese culture. 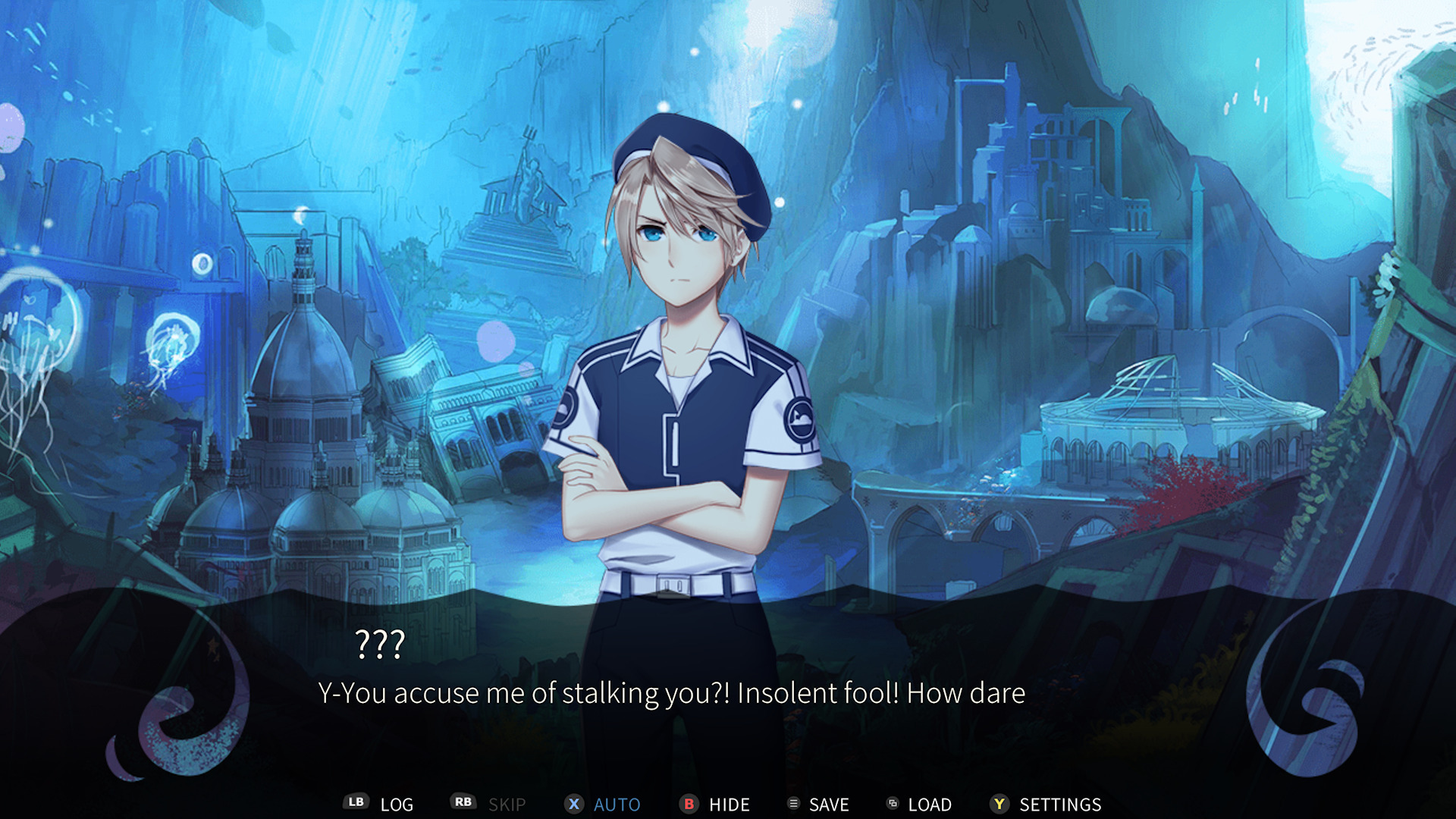 Here, no action is required on your part to get all 18 achievements in this game. You can either click

skip dialogues at an incredible rate (allow less than 10 minutes to complete the game this way). Or set dialogs to automatic with

and focus on the narrative for a little over 10 hours (take the opportunity to relax like watching a movie). Personally, I’ve spent 12 hours in the game by letting everything scroll. Plan a significant portion of your day for this title. 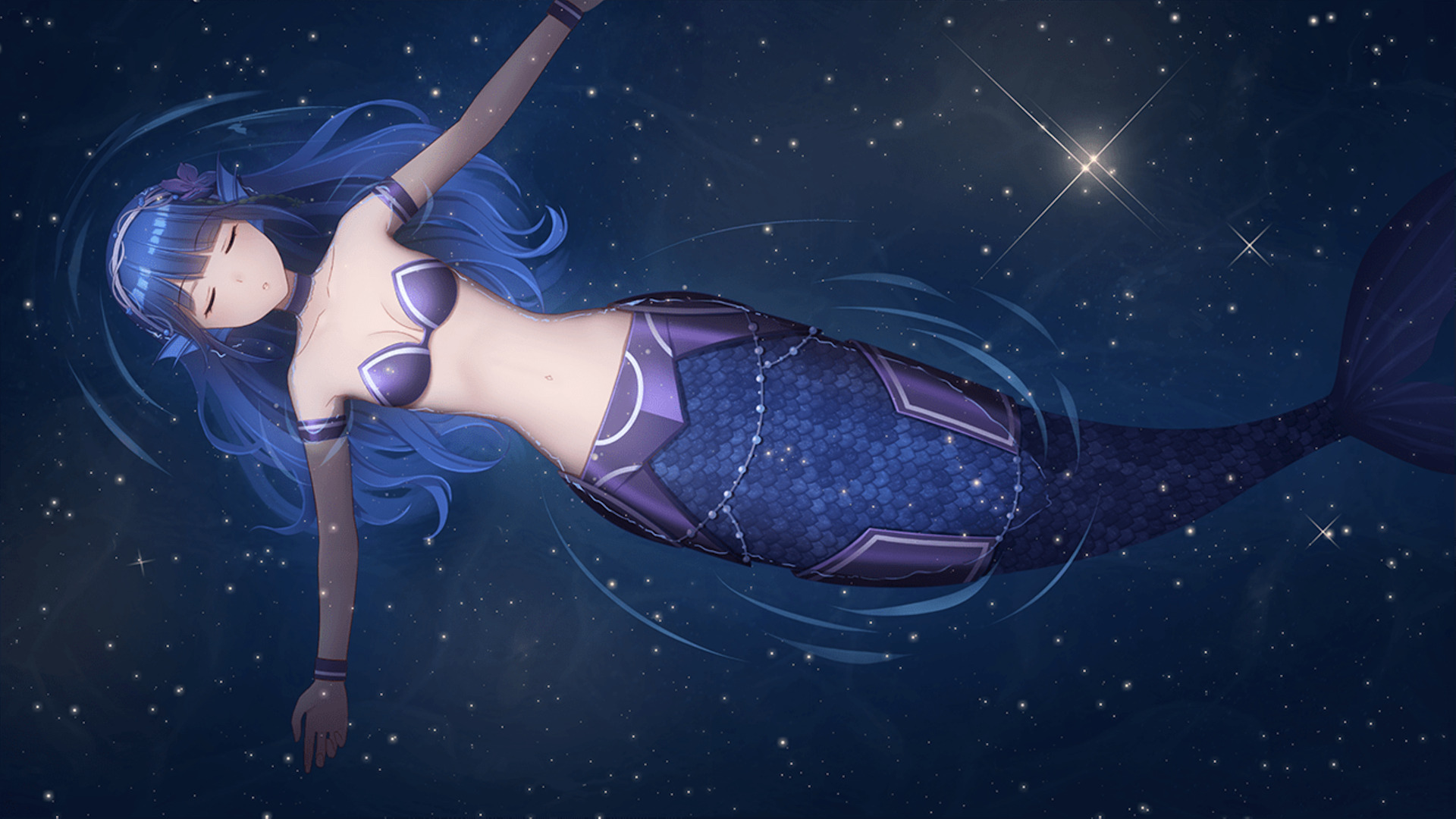 We know Ratalaika Games for games with simplified mechanics and short stories. But there they couldn’t do more minimal than that in terms of pure gameplay, although the narrative is quite enjoyable to watch and read.

Think of this game as an animated manga with multiple volumes interspersed with multiple stories. Hence the slightly higher than usual price for the game from Ratalaika Games.

Aquadine is currently on sale in the Microsoft Store for €15.99.

We thank the publisher for providing us with the dematerialized version of Aquadine.