People “unable to contain themselves”: in medical consultations, as in everyday life, the stigmatization of obese people is periodic and often rooted in ignorance of the causes of their disorder.

“I feel like I’ve been mistaken for a brainless piece of meat,” Sophie, 56, who asked not to be named, said.

During doctor appointments, “with very specific symptoms, the first words of doctors are: +The first problem to be treated is your obesity,+” she laments, considering herself “reduced to (her) carnal shell.”

In her opinion, society and medical professionals have a “narrow vision” of obesity: “The fat one who does not want to limit himself.” An image associated with “dirty, inconstancy, laziness.”

Two out of three French people consider obesity a “problem of the will,” a survey conducted in February by startup Fedmind, which fights grossophobia by organizing discussion groups, showed. European Anti-Obesity Days take place on Saturday and Sunday.

However, Sophie’s obesity is far from a matter of will, but “a symptom of compensation associated with a psychological problem,” she explains, and remarks do not help her get better, at least, on the contrary.

Obesity results from “an accumulation of circumstances to which people fall prey, such as metabolic disorders, mental illness,” Fedmind’s Nina Lahaie explains to AFP. “There are over 110 factors that contribute to obesity, it’s not a choice,” she says, but the public is misinformed about it.

Sylvie Benkemun, president of the Obesity and Overweight Analytical Center (GROS), adds that “fatphobia implies that everyone can weigh a standard weight” without taking into account, in addition to “injuries and psychological disorders, possible genetic predisposition.”

Silviana, 45, sees “three numbers” when she steps on the scale. Overweight since the age of three. She says she “never had a normal weight curve.” She survived a trauma that forced her to take refuge in food, but she was also diagnosed with hypothyroidism.

“When I was a teenager, an endocrinologist told me + If you were in a concentration camp, you would be thin. There you stuff yourself, that’s all +, ”she recalls. Throughout her schooling, she was a victim of stigma and it never stopped.

This discrimination persists despite the fact that on May 3 the World Health Organization (WHO) was alarmed by the “epidemic of overweight and obesity” in Europe, which affects almost one in four adults. 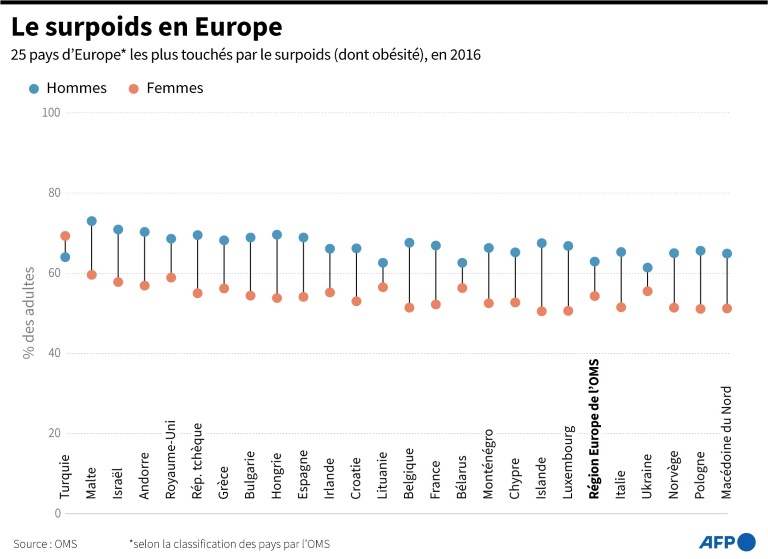 According to a Fedmind study, one in five French people believe that remarks made to overweight people encourage them to lose weight so that they no longer have to endure them.

A false idea that only adds to the hardships of the victims. “The problem with these stereotypes is that they are unconscious,” says Sylvie Benkemun. “The authors of these remarks do not realize the harm that this can bring, it interferes with life.”

On the contrary, “grossophobia leads to obesity,” adds Catherine Granjard, a psychoanalyst and author of books on the subject. “(Society) makes us believe that being thin means being nice to yourself, it’s extremely serious manipulation.”

In particular, she points to diets that can “make you fat because of the yo-yo effect,” causing you to lose weight in order to put on some weight again.

Sylvie Benkemun, for her part, points to the “increasingly invasive” surgeries being offered for weight loss. If obesity increases the risk of developing serious diseases, “grophobic doctors often miss other diseases, such as cancer, that are diagnosed later,” she laments. 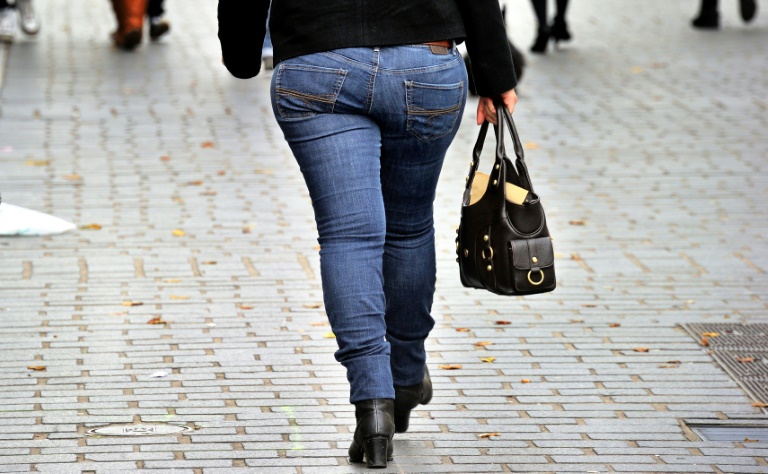 According to a Fedmind study, one in five French people believe that comments made by overweight people encourage them to lose weight so that they no longer have to endure them (AFP/Archive – PHILIPPE HUGUIN)

WHO considers that people with a BMI (body mass index) of 25 to 30 are overweight, and more than 30 are obese.

“Society is far from the banality of fat bodies, stretch marks, sagging breasts,” Nina Lahaie regrets. So, in order to change the mentality, round women “decide” to show themselves on social networks.

A laid-back display that represents “activist hope” for her, urging overweight people to “get off the weight loss sites and surround themselves with people who (they) look like them and say to themselves +I can be fat and happy+”.