This is an unfortunately common scene. The inhabitants of a building have their fiber optic internet connection suddenly cut off by the connection of one of their neighbor. And to note the existence of an indescribable mess on the point of mutualisation, comparable to the “noodle dishes” which overflow from the civil engineering cabinets installed in the public space. Whose fault is it ? How to cure it ? Who to turn to? There is no shortage of questions, as the current period has made internet access even more crucial. 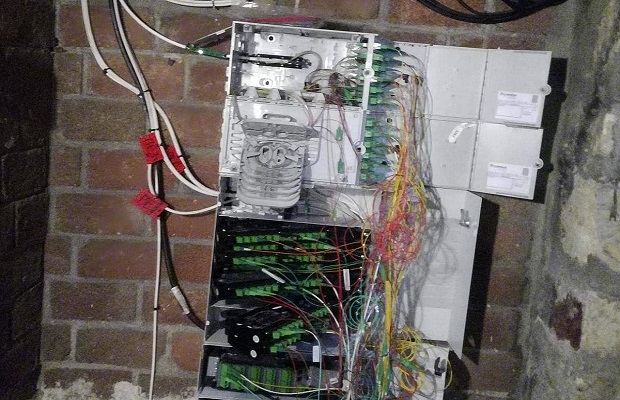 This point should also occupy part of the debates during the next co-ownership assemblies, which should soon start under very specific conditions given the health crisis. Especially since Arcep, the telecommunications gendarme, has also made the fight against these “noodle dishes” one of its hobby horses. Living in a condominium, representative of a condominium association or co-owner, the editorial staff of explains all the ins and outs of installing fiber optics in your premises.

In February 2013, the government launched the France THD plan. Its ambition is clear: the aim is to guarantee very high speed (that is to say a theoretical downstream speed greater than or equal to 30 Mbits / s) for 80% of French people from 2022. A project that passes in particular by the installation of optical fiber in collective dwellings, which in 2018 represented 15.6 million dwellings out of the 35.4 million in the territory at the time, according to the latest figures from INSEE.

In order to speed up the process of installing optical fiber in buildings under the condominium regime, the authorities have increased the measures in recent years to facilitate a still tedious process. Nowadays, it is thus up to the general assembly of co-owners to vote for the installation of the fiber. It is then up to the co-owners (or to a trustee) to select the offer from an infrastructure operator who will have the task of installing a pooling point within the building.

The infrastructure operator, also called a building operator, signs an agreement with the co-owners (to make life easier for the latter, Arcep has put a standard agreement online, available here). This agreement implies that the cost of the works is covered by the infrastructure operator, who will own the collective optical fiber equipment for a period of 25 years. In return, he is responsible for ensuring the maintenance, replacement and management of this equipment.

Once these infrastructures are installed, the other operators, known as commercial operators, can – after an initial three-month notice period – “borrow” them to connect to the building in question, and offer their offers to each owner or tenant of a dwelling. But, if the procedure is now well oiled, it does not rule out boondoggles and faces the same problems as those encountered by the infrastructure installed on the road network.

Result: points of mutualisation transformed into “noodle dishes”, a nightmare for network engineers and unlucky Internet users affected by these dysfunctions.

Hello @free! Like you, I really like noodle dishes! Less when it comes to my fiber installation. Would you like to put some order in there to prevent each technician who puts his big paws in it, another has to come back to do the welds?

In the basements of buildings qd several operators and their service providers intervene that holds with the tape, even the fiber itself … With each move in the building it is a mess, some disconnecting others “by mistake”. . pic.twitter.com/YG4qb61NIK

On this subject, however, the law is clear: it is up to the infrastructure operator to ensure the proper functioning and maintenance of fiber optic connection equipment. On the operator and trustee side, this is also confirmed by Didier Cazes, Orange’s public affairs manager and responsible for best practices on the Objectif Fiber public information platform, interviewed by . “The responsibility lies with the building operator, who is solely responsible for the co-ownership with which he has signed an operating agreement”, reaffirms the latter.

“Even if he takes the commercial operators as a subcontractor, the building operator remains responsible and therefore must overcome the dysfunctions noted and turn to those who have acted badly in the common parts of the building”, explains this latest. And to recall that Orange, like the other operators, has put in place tools to allow the property manager to file a complaint or to make a report in the event of a “noodle dish” type malfunction observed in public facilities. “As a general rule, once a report is made, repairs are initiated,” he says.

Arcep takes the case in hand

The fact remains that the connection of commercial operators to these installations implies a multiplication of actors which can lead to chain dysfunctions. And to a dilution of the responsibilities of each one of which these famous “dishes of noodles” which overflow of certain cabinets of connection are only the reflection. 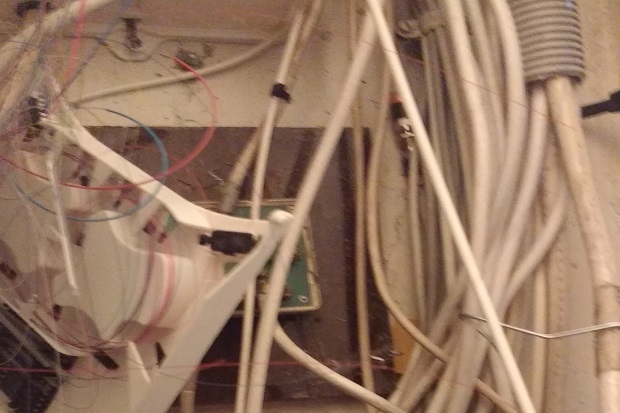 The risks are very real. This is why Arcep has set up a working group to resolve this type of difficulty. In an interview with The Municipal Gazette last May, the former president of Arcep Sébastien Soriano recalls that “interventions in the cabinets are shared” and they belong to infrastructure operators, but commercial operators intervene via subcontractors, therefore “he there can be a dilution of responsibility if we are not careful ”.

“We are therefore going to ensure that the infrastructure operator is vigilant, strengthens its controls and carries them out in a more advanced manner”, assures the former president of Arcep. And to promise, not without having previously recalled the principle of responsibility of the infrastructure operator to ensure the integrity of the network, that “an escalation mechanism could go as far as the exclusion of a subcontractor. if the latter works poorly, via a formal notice procedure ”.

A position shared by the very likely future president of the telecommunications gendarme, Laure de la Raudière. During her first hearing as a candidate for this post, the elected representative regretted before the deputies “unsatisfactory relations between the infrastructure operator and the commercial operators, causing significant difficulties on the overall quality of service of the connections and network ”. For the deputy, “urgent action must be taken on this subject to remind all actors of their responsibility and ensure that the deployment procedures no longer lead to very tense situations on the ground”.

To see if these very strong positions on the subject and the threats they suggest for unrepentant operators will be enough to put an end to the nightmare that constitutes “noodle dishes” for some unlucky residents.