Do you have Goku left? Do you have Bulma? At computer fairs, figurine sellers are being taken by storm. Many visitors, Dragon Ball, Pokémon or Harry Potter fanatics, leave these conventions with figurines, sometimes larger than life. These top-of-the-line figurines: “It’s kind of a way to have your favorite characters at home, like they’re jumping off work,” Thais, a fan of Me, explains when I transform into Slime. . “It adds a little more to our libraries. Instead of manga, there are also figurines. Also, some have details that we don’t necessarily notice in the works. »

“It’s art for me,” says Enora, who is passionate about One Piece and My Hero Academia. Like I have a job. Latil, who is crazy about Fairy Tail, has “even friends who have built hotels for their figurines! he smiles. But playing with these plastic or resin heroes is out of the question. “No, no and NO! “Notifies Logan, a young man who has fallen in love with a ‘huge figurine of Mewtwo’, one of the most popular Pokémon. “It’s just decoration! Gone are the days when kids would carry around Power Rangers or Ninja Turtles without caring about them to make them fight at recess. Today we exhibit and pamper them.

“If I sold some of them, I would make some money! »

“From time to time I wipe from dust,” the collector admits. “Brushstroke”, prefers something else. To make them stand out, there are “game psychopaths,” laughs the Japanese anime fan, who shelter them behind a fully sealed display case. Logan buys furniture. “Lots of furniture,” he laughs. Because figurines, I buy a lot of them! “My room is incredible to me,” boasts Aurélien, one of these friends. I have figurines on every corner. Some come from Japan or are limited editions. If I resell some of them, I will make money! But I dont want ! I keep them! »

Figurine collection costs money. Some of them are “very beautiful and quite affordable, between 30 and 35 euros,” continues Enora. Inevitably, if you want very, very beautiful figurines, you will have to spend a little more money. “Sometimes several hundred euros for luxurious figurines. Or even more, for the most sought after. However, in recent years, a thriving American company has managed to democratize these derivative products: Funko. With her large-headed “Pop” figurines, which were sold for about fifteen euros, she spurred the market. On November 3, Funko announced record third-quarter sales of $365.6 million, up 36.6%.

“No convention without figurine sellers”

Sold all over the world, these funny figurines are the stars of the booths Oyoo puts up at trade shows. “We started selling figurines about ten years ago, we knew it would work,” says Sebastien, one of Oyoo’s bosses. “When we felt it, we were selling DVDs. We know the golden age of DVD. Then its decline. We’ve added derivative products”, mostly figurines. “And it completely flipped the other way. We threw the DVD, we threw the action figures. » 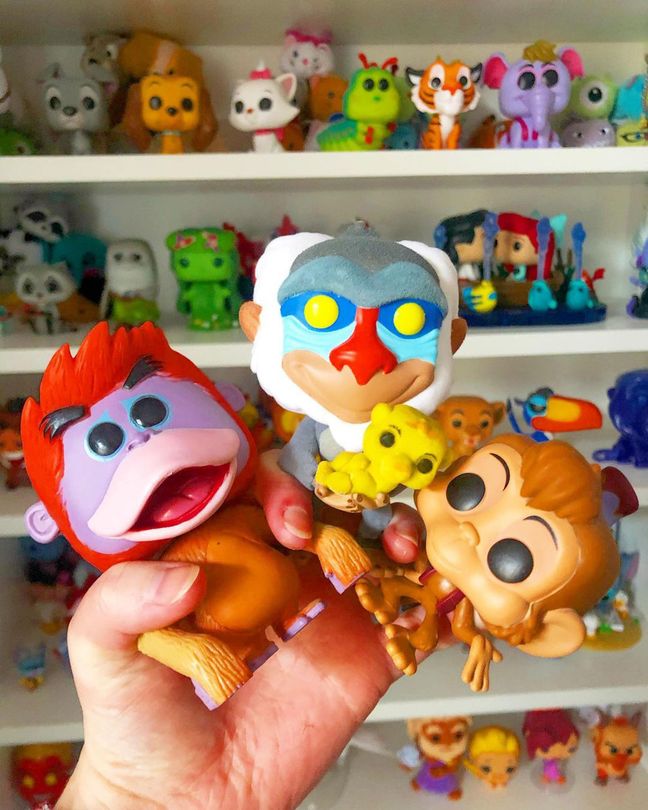 Funko Pops are a huge success all over the world. – SERVICE/SIPA

The figurine market as we know it today began to grow in the early 2000s, notes Ishmael of Chibi-Akihabara, one of the world’s most popular retailers. “There were a few around 2005, but it was rare,” he explains. In 2011 and 2012, they began to be sold. But since 2014, they are absolutely everywhere. There are no conventions without figurine sellers. “Five, six, sometimes ten on one show,” says Ismael. “Young people, and not so young people, watch their favorite anime, then when they walk around the living rooms, they see a figure, and they say to themselves: “Hey, why not!”, he explains. And then one, two, three … And you get great collections! »