To say Final Fantasy 16 is coming is an understatement: Square-Enix RPG is one of the most popular games out there. For this one to calm down, we must not delay with the news.

Everyone has been wanting to see Final Fantasy XVI since we were salivating in September 2020: however, Square-Enix is ​​taking its time and continues to salivate the saga’s huge fan community. Today we have the right to tease again, but this only bodes well.

Game Producer Naoki Yoshida took part in today’s live, with NieR Reincarnation producer Yosuke Saito: When asked about the development of Final Fantasy 16, he replied… that the game is “almost done”. This echoes his last statement!

Trailer coming soon… but when?

Yoshida goes on and admits that the new trailer is ready too. The latter will be released “soon”, despite the fact that several factors have noticeably delayed its publication. He doesn’t mention any release window for this trailer, but then his eyes naturally turn to the next few weeks. Perhaps during the State of Play surprise… or during the Summer Game Fest in June?

Knowing the game is thus almost finished – the manufacturer also indicates that development has been focused on the polishing phase – so we wouldn’t be surprised if the release date falls at the same time as the trailer. We will of course keep you updated.

As a reminder, Final Fantasy XVI is only coming to PlayStation 5 and PC. Square-Enix would get along very well with Sony, apparently “more than you can imagine”… which would have direct implications for the Final Fantasy saga. 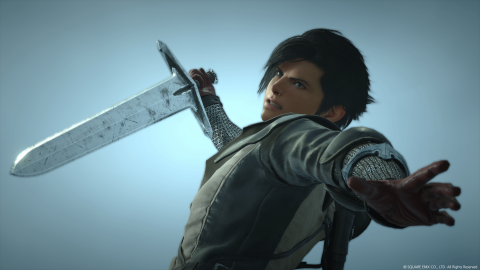