The Fitbit Sense 2 is a sleeker version of its predecessor with an easy hardware upgrade. And if it had the smartwatch software features you expect from a wearable in this class and price, it would be very easy to recommend. But due to puzzling design changes, it’s a stripped-down version of the original Sense, making competitors like the Garmin Venu Sq Music Edition more attractive.

Hybrid smartwatches always live in two worlds. As part of the Fitbit family, the Sense 2 is focused on fitness tracking with lightweight smartwatch features. You can’t put them on and expect an Apple Watch experience.

But even with that design intent, the Sense 2 lacks the basic features you’d expect from a $300 wearable. While the hardware offers nice improvements, its software unexpectedly lags behind and features from the original Sense are nowhere to be found. As a result, the Sense 2 feels stripped down – and diminishes its appeal.

Note. This review is part of our ongoing roundup of the best Fitbits. Head there to learn about competing products, what to look for in Fitbit, and get buying advice. 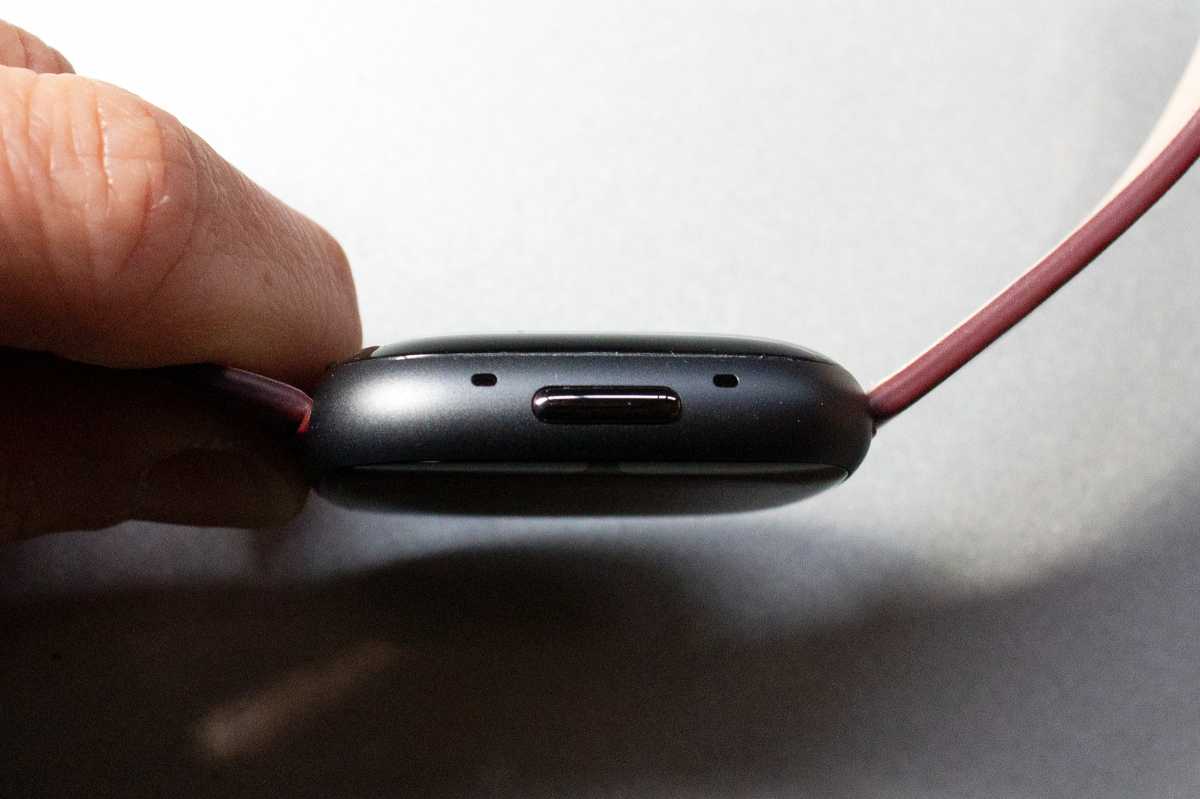 Sense 2 brings back a physical side button.

The Sense 2 package includes the tracker itself, small and large silicone straps, and a charging cable. You can choose from several body colors (black, silver and gold); each comes with a different default stripe color. The good news is that the Sense 2 is compatible with the original Sense and Versa 3 charger and wristbands, so you can reuse existing accessories when you upgrade, unlike Fitbit’s less expensive trackers.

Sense 2 also has a physical button rather than the capacitive one on the first Sense. As exciting as this news was at the time of the Sense 2 announcement, the button has a somewhat musky feel – it doesn’t press all the way down. This is a kind of tactile feedback that makes you wonder if the button will start to stick towards the end of its life. 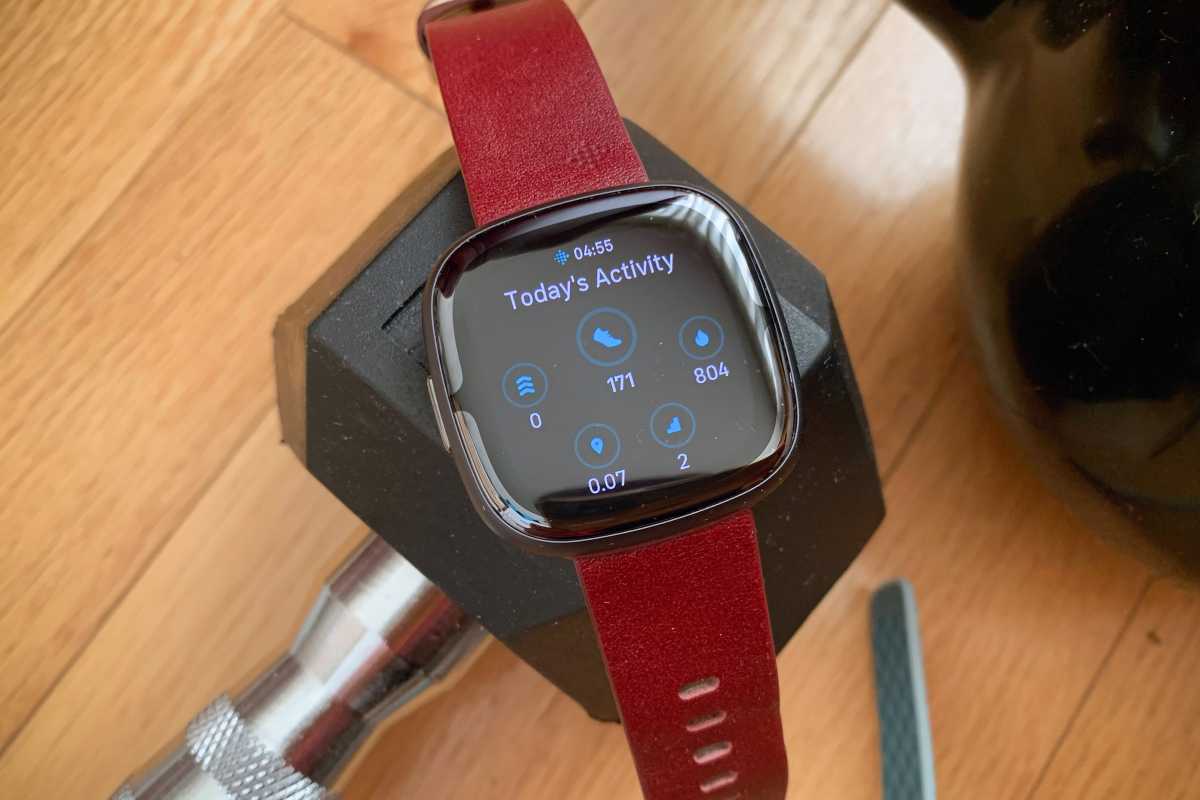 The large screen of Sense 2 makes it easy to see all your statistics at a glance.

The continuation of Fitbit Sense should be an easy recommendation. As an advanced fitness tracker and wellness tracker, it may appeal to many. It automatically collects a lot of data – you get statistics on steps, heart rate and sleep, as well as information that can point you to the potential onset of illness or general health problems (trends in skin temperature and blood oxygen saturation), possible heart problems. health problems (ECG readings) and increased stress levels (permanent skin conductivity). And the accuracy is decent enough to satisfy most numbers lovers, although you may find some differences compared to the Charge 5 and the previous Sense. My resting heart rate estimates were 2-3 beats per minute higher on average, which bothered me at first until I realized it was the tracker and not me.

Some basic exercises (including running and cycling) are also recorded automatically. In addition, Sense 2 can manually track an expanded set of other activities with over 20 options, such as CrossFit, kickboxing, dancing, and cross-country skiing. This wider range of options is a major improvement. Fitbit’s automatic tracking is limited to just six categories – walking, running, cycling, swimming, elliptical, athletic and aerobic workouts – and its trackers (including Sense 2) will attempt to apply those categories to any activity you actually do. .

For example, my dance sessions were broken up into irregular segments labeled “Sports”, “Aerobic Workout”, and “Swimming”, only a few minutes apart. Even when you’re doing something that matches an automatically tracked activity, like walking, it’s not always as accurate as starting a manual tracking session. But fitness trackers have never been precision instruments; having an extended set of manual tracking actions helps balance the scales. You can also enter health data such as menstrual cycles and blood sugar readings in the Fitbit app, which is available through your smartphone or web interface. 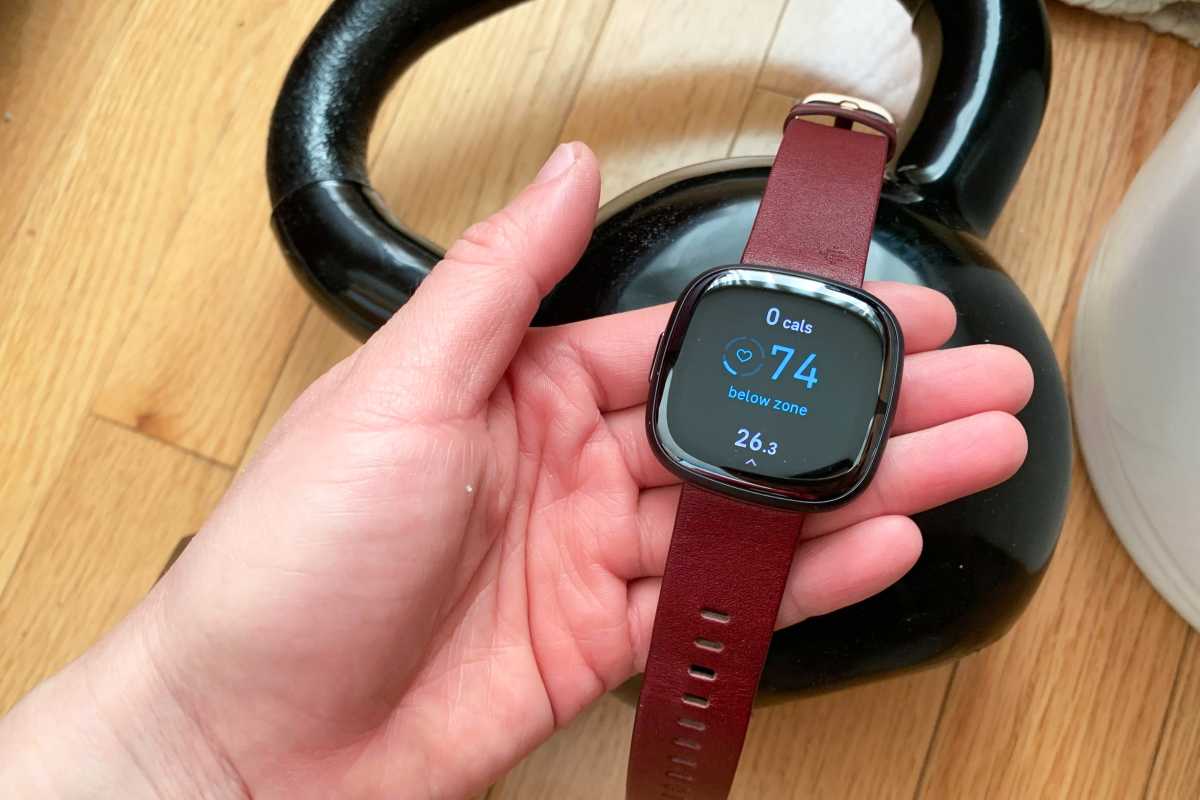 The manual exercise modes come on and off quickly, and they work just like they did on the original Sense. Statistics show activity duration and real-time heart rate measured at one second intervals.

Sense 2 also makes keeping all that data on your wrist much more convenient. It shaves both weight and bulk over the original Sense – just enough to be perceptibly felt, even if the differences seem small on paper. If you have a petite build, you won’t experience any more slippage or slipping like you did with the shorter, heavier original Sense (or skin irritation because you had to pull the strap too hard to compensate). This smartwatch also rarely snags on the sleeves when wearing a skin-tight jacket. In fact, I sometimes forgot I was wearing the Sense 2 until it buzzed with a notification.

Speaking of which, the vibration power of this watch is excellent. With the Light setting, I could already clearly feel the notifications coming in, even while driving or driving. With other trackers, including other Fitbit models, this is sometimes not the case. 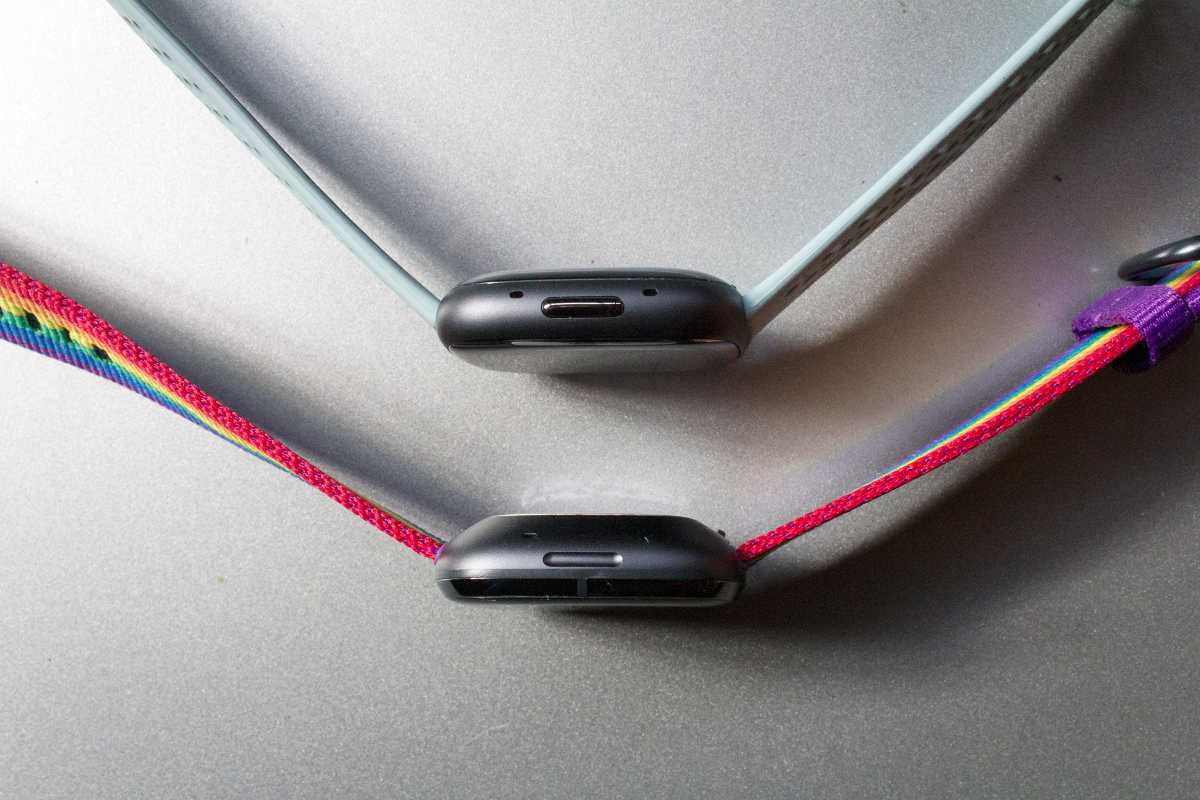 Sense 2 (top) is noticeably thinner and lighter than the original Sense (bottom).

Battery life remains the same as the original Sense, with a rating of over six days. While not an improvement, it still provides plenty of time compared to full-fledged smartwatches that only last a day or so at most. At normal screen brightness, I averaged about seven days of moderate exercise (a light daily walk, plus two strength training sessions and two to three dance sessions) and light notifications (an average of two to six per hour, depending on time). days). You’ll burn your battery a lot faster with more intensive use, especially if you’re using GPS to track your route.

Your first interaction with Sense 2 will be absolutely smooth. Setup is much faster than with the original Sense – no more manually configuring Wi-Fi for the initial software update cycle. It just goes unnoticed.

The operating system has also been redesigned and optimized. While the look isn’t much different, it’s a lot easier to navigate through modes or settings. However, you’ll have to redirect if you’re used to the original Sense when you swipe to access notifications and apps.

It makes a good first impression, and these positives can seem overwhelming if you only care about your workouts and health. Crushing frustration comes when you try to rely on a device’s smartwatch features because there are almost none. 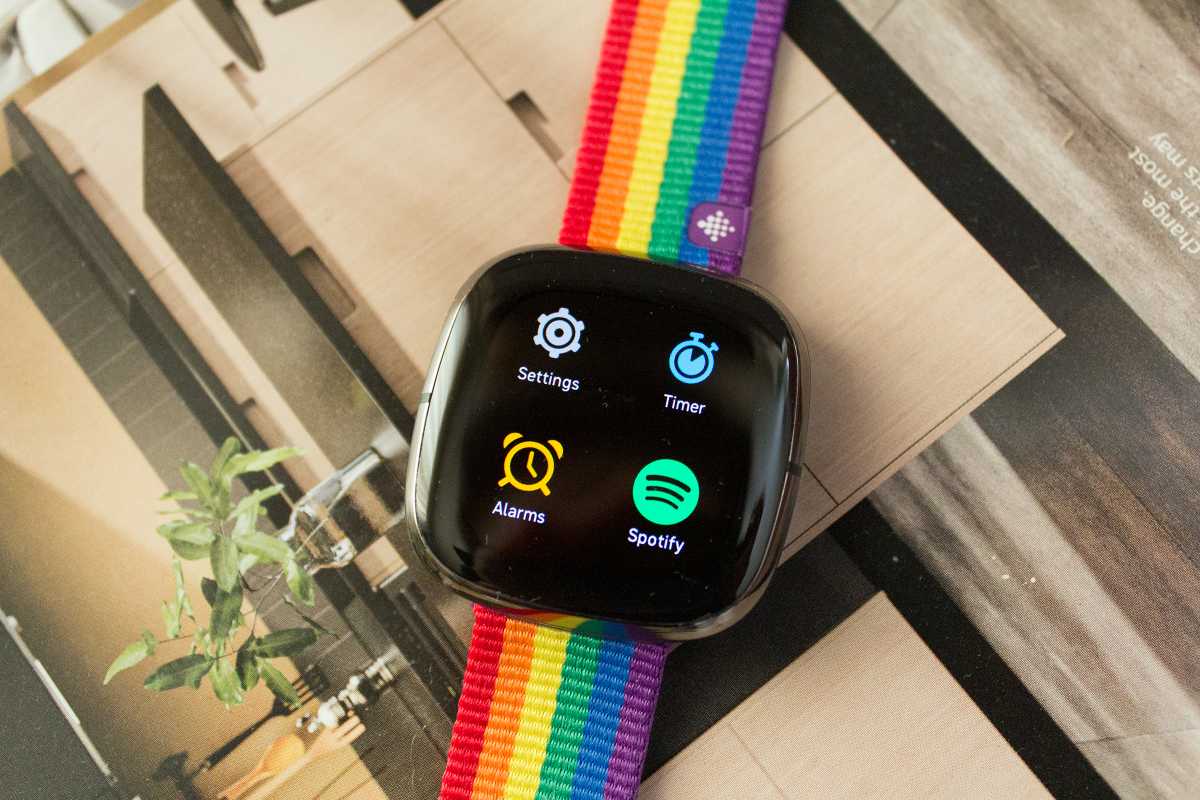 App support for third-party services like Spotify (see here on the original Sense) is nowhere to be found in Sense 2. Why, Fitbit?

For starters, third-party app support is no longer supported. You’re limited to Fitbit Pay, Google Wallet, and Google Maps only, with the last two not yet launched.

Musical support also went down the drain. No more built-in memory or controls for Spotify and Pandora controls. This is a huge downgrade.

Most baffling is the removal of Google Assistant support. In the original Sense, you could use either Google Assistant or Amazon Alexa; now only Alexa support remains. How Google-owned Fitbit came to this decision is a mystery.

Changes to notifications are far less perplexing, but still disappointing if you hate information delays. Instead of launching one by one (as it did in the first Sense), the splash screen first identifies the app and, if multiple notifications are available, how many were received. After a short pause, the most recent message or email is displayed. 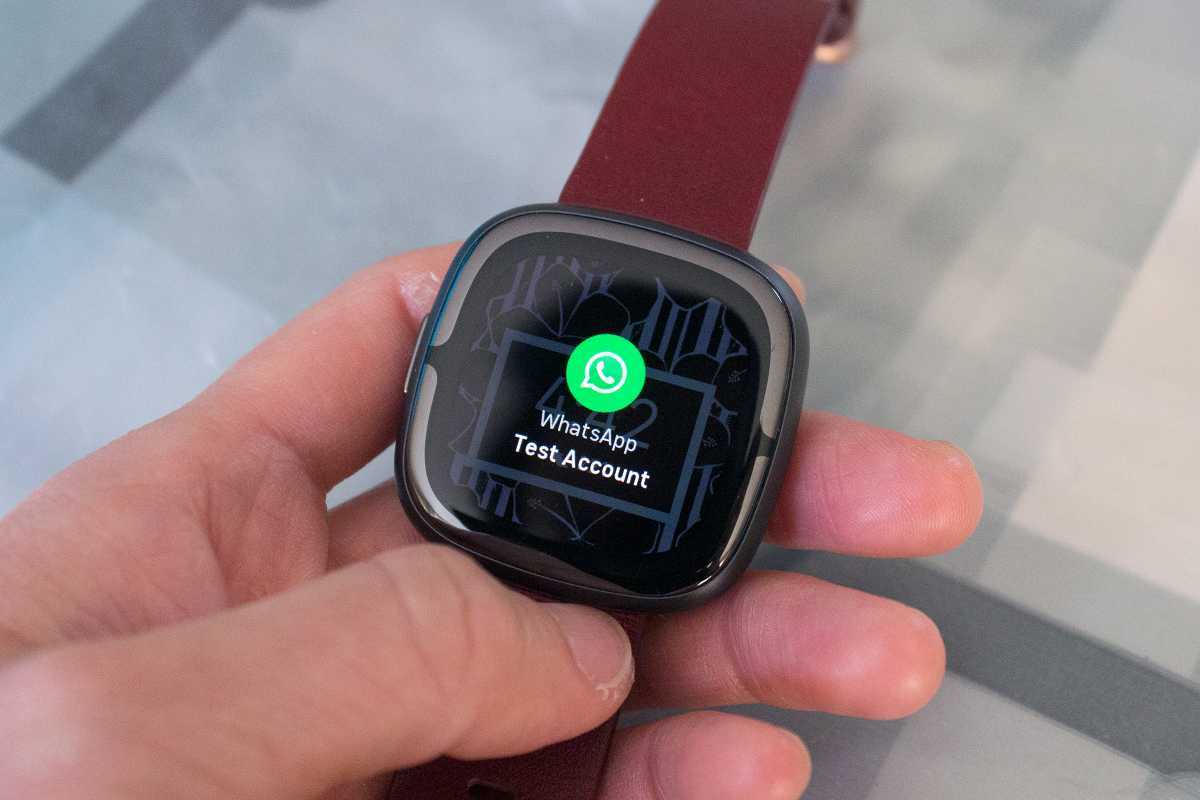 In Sense 2, notifications are first accompanied by a banner announcing the app (and, if applicable, either the sender’s name or the number of notifications).

This system is similar to Google’s new Pixel Watch, but much slower. The Sense 2 screen also disappears when it wakes up, so it can feel like an eternity after you flick your wrist to see who or what sent you a message. (The first Sense and Pixel Watch don’t have this full screen brightness transition.) You can’t change any of the behavior in the settings either — you just have to choose to like, tolerate, or reject Sense 2 all together. And when asked, a Fitbit rep said there are no plans to include third-party apps or Google Assistant support going forward.

However, the Sense 2 is the unfortunate victim of convoluted design decisions. Despite excellent hardware, it is weak compared to the competition. For the same price of $300, you can buy the Garmin Venu Sq Music Edition with support for third-party apps and music, and longer battery life (up to 11 days). 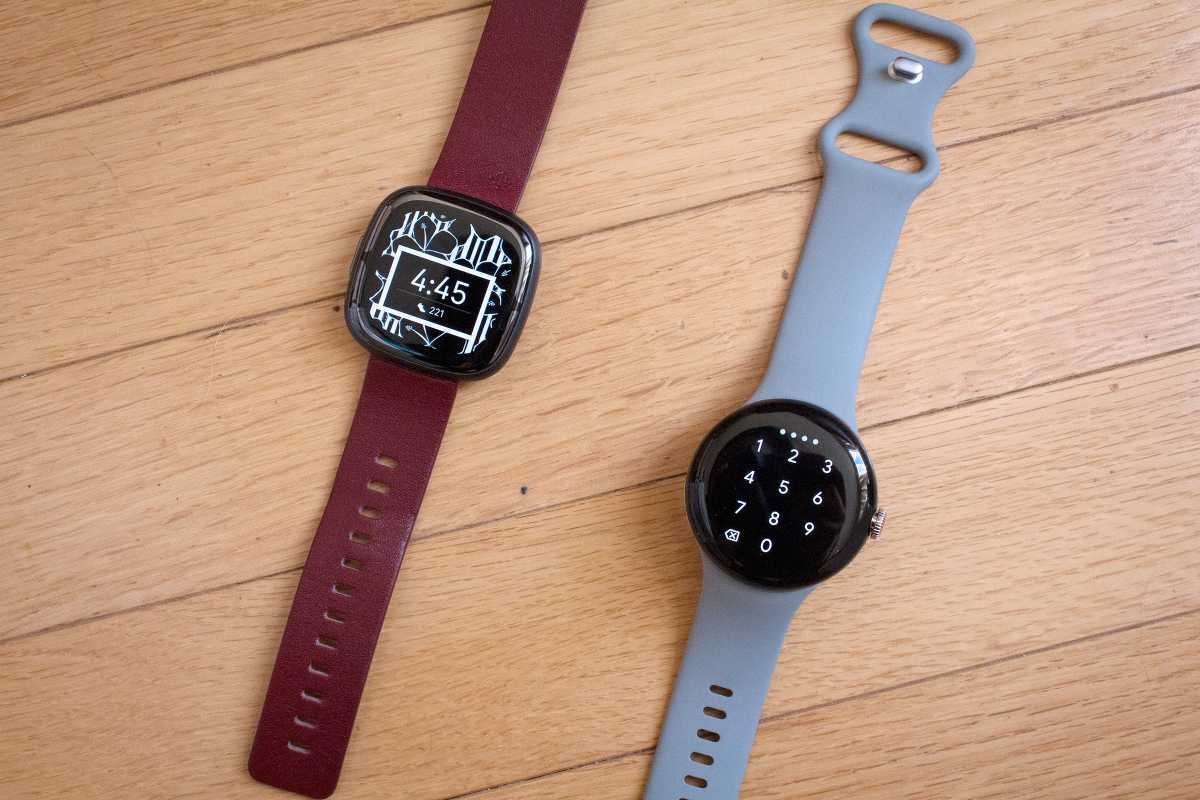 If you want smartwatch features, the Pixel Watch (right) or a competitor’s offer could be the best Sense 2 alternative (left).

Alternatively, you can pay $50 more for the Pixel Watch (Wi-Fi model), which has more robust third-party app support and a faster user experience. And while the battery life is significantly less, you get cool features like the ability to take calls directly from the watch as compensation.

You can also just save money by relying heavily on exercise tracking and opting for the $230 Fitbit Versa 4 that launched at the same time as the Sense 2. You’ll lose skin conductance, ECG, and skin temperature sensors, but if health tracking isn’t important, you can save 70 dollars.

Of course, you can just stick with the original Sense. If you don’t already have it, you’ll be able to get it at a hefty discount as retailers clear their stock. Sense 2 is more of a step-by-step upgrade, and unless you’re longing for this new cEDA sensor, you won’t be missing out on much. Actually, you would get features.