For the first time ever, researchers have successfully extracted genetic material from insects trapped in resin samples. However, think again if you already imagine dinosaurs roaming the streets; the samples used were only two and six years old, respectively. Nevertheless, this is an experiment that has never been successfully carried out so far, and which allows us to obtain a certain number of answers regarding this natural method of conservation.

A team of researchers from Senckenberg led by Mónica Solórzano-Kraemer, together with lead study authors David Peris and Kathrin Janssen from the University of Bonn and other colleagues from Spain and Norway, succeeded in extracting genetic material from insects that were incorporated into resin samples six and two years ago, respectively.

DNA, especially that of extinct animals, is an important tool for species identification. In the future, the researchers plan to use their new methods on older resin inclusions, if possible. The results were published today in the journal PLOS ONE.

The idea of ​​extracting DNA from resin-coated organisms inevitably evokes memories of the “Jurassic Park” film series. ” However, we do not intend to breed dinosaurs Says Dr Mónica Solórzano-Kraemer of the Senckenberg Research Institute and the Natural History Museum. ” Rather, our current study is a structured attempt to determine how long the DNA of insects trapped in resinous material can be preserved. “.

To this end, David Peris from the University of Bonn, lead author of the study and amber researcher in Frankfurt, as well as researchers from the Universities of Barcelona and Bergen and the Geominero Museum (IGME) in Valencia, have examined the genetic material of so-called “ragweed” beetles, which were trapped in resin from amber trees (Hymenaea) in Madagascar.

” Our study basically aimed to clarify whether the DNA of insects embedded in resin continues to be preserved. Using the polymerase chain reaction (PCR) method, we were able to document that this is indeed the case in the six- and two-year-old resin samples that we examined. », Explains Solórzano-Kraemer.

To date, similar tests for inclusion in millions of years old pieces of amber and thousands of years old chips have failed, as more recent environmental impacts have resulted in significant changes in the DNA from trapped insects or even destroyed it. Therefore, the resin coated samples were deemed unsuitable for genetic testing.

On the same topic: A 100 million year old bee trapped in amber, the oldest known specimen with pollen

” We are now able to show for the first time that, although it is very fragile, DNA was still preserved in our samples. This brings us to the conclusion that it is possible to study the genomics of the organisms coated in the resin. », Adds Solórzano-Kraemer. 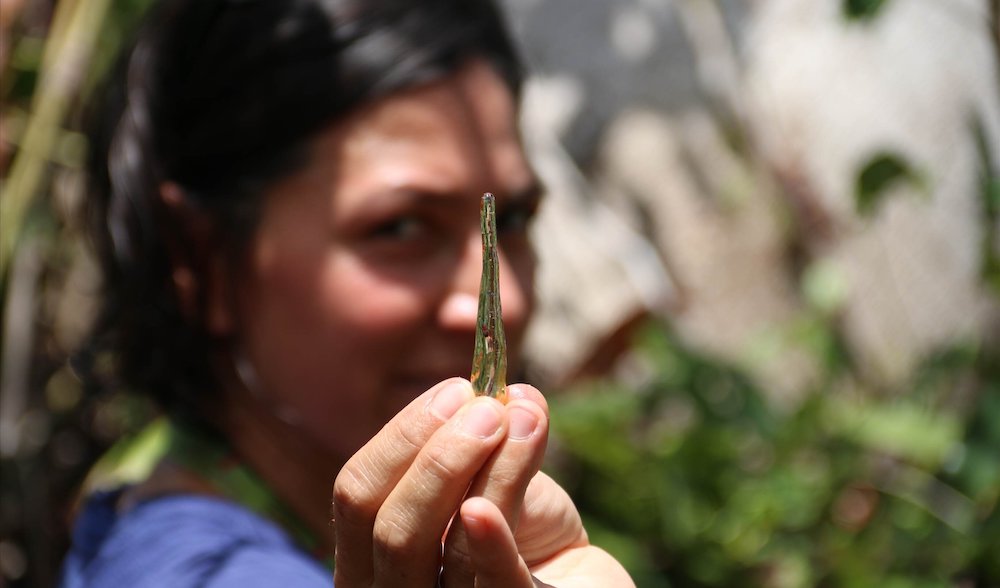 Mónica Solórzano-Kraemer, researcher in Senckenberg, with one of the resin samples examined. Credit: Xavier Delclòs

So how long can DNA be stored in resin?

It’s a good question. It is not yet known exactly how long DNA can survive inside the resin, and to answer this question, the researchers plan to apply the method in stages, from the most recent to the oldest sample, in order to determine the “shelf life” of DNA when embedded in the resin.

” Our experiments show that the water contained in the inclusions is retained much longer than previously thought. It could also affect the stability of the genetic material. Extraction of functional DNA from amber that is millions of years old is therefore rather unlikely. », Explains Solórzano-Kraemer.

It is not therefore (yet?) To revive extinct species, but to study and identify effective methods for collecting genetic material in such environments. The main objectives here are to determine how long the DNA of insects trapped in resinous materials can be preserved and, eventually and gradually, to try to obtain genetic information from ever older samples. 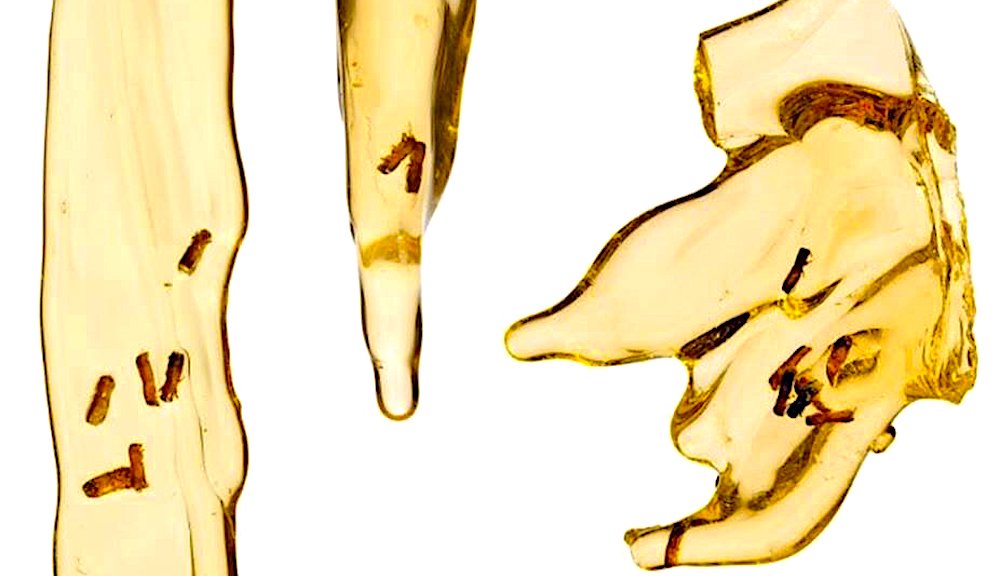 Covid-19: once a vaccine has been authorized, the ethical dilemma around placebo volunteers

Death of James Randi, king of demystification and slayer of the paranormal

Chile: a species of frogs saved in extremis from extinction

5G: Will Huawei be banned from Sweden?

“Gamma Draconis”: when the manga seizes on transhumanism

Covid-19: once a vaccine has been authorized, the ethical dilemma around placebo volunteers

Death of James Randi, king of demystification and slayer of the paranormal

Chile: a species of frogs saved in extremis from extinction

5G: Will Huawei be banned from Sweden?

“Gamma Draconis”: when the manga seizes on transhumanism