VivaTech, an exhibition dedicated to innovation and start-ups, will end this Saturday, June 18, 2022, on the only day it is open to the general public. For the last three days it has been reserved for professionals, students and investors. Possibility to take stock after measuring the environmental temperature of the sector.

As with all fairs and major exhibitions, consideration of environmental issues at VivaTech is not immediately evident. Under a wave of heat from Paris, gently coming from Spain, through the swinging doors you enter the huge metal Hall 1. Then opens an oasis of freshness, a perfectly air-conditioned place where you stroll among the latest important innovations for our common future: denture brushes, barista robots , a single-seat flying chair, or even a virtual world. with my banker.

However, under interrogation, the participants of the show claim that they are green, at least in their personal lives. Composting, cycling, showering instead of bathing… The already traditional advice that shifts the responsibility of the system to the citizens is well integrated – remember that only 25% of France’s water consumption is consumed by people. To a lesser extent, the very principle of overconsumption is called into question.

So part of the show feels stuck ten years in the past, based on technology worthy of a “conso future” in the pages of non-fiction magazines. Flying cars or connected cars try to grab attention in the face of leisure robots, virtual reality helmets let you play tennis with your banker on top of a volcano (not far!), all in a flood of all sorts of goodies.

The stand of BNP Paribas at VivaTech, marked by its support for the fossil fuel industry, gave pride of place to the metaverses. Escape when you’re locked in the air conditioner for the whole summer? © Leopold Pico

Most of the companies on the show, even the ones that claim to be green, promote a lifestyle that might have to be challenged. Benjamin, for example, promotes a company that converts thermocars into electric cars: “The car was not originally designed for batteries, so the range is 100 kilometers. Basically we will target the second car of everyman to take the kids to school to get the baguette. »

This is not a condemnation of the idea itself: decarbonizing a vehicle is rather a good idea, even if the batteries also depend on limited, albeit more abundant, resources. It’s more of a question why governments aren’t investing heavily in public transportation, light carbon-free transportation, and restoring local services precisely to prevent “philistines” from using or even buying a second car, necessarily an electric one, to get their bread or take their kids to school?

« Amish VS Entrepreneurs: Should Innovation Be Deprogrammed? »

Let’s be honest: part of the show is starting to turn its attention to the coming climate crisis. The idea of ​​a circular economy with spin-offs from companies like Back Market (which will nevertheless have to make efforts in terms of carbon-free delivery) is quite present, many of the materials used are now recyclable, innovation to fight global warming is emerging from all sides. although it remains to be seen which will stand the test of going to market. 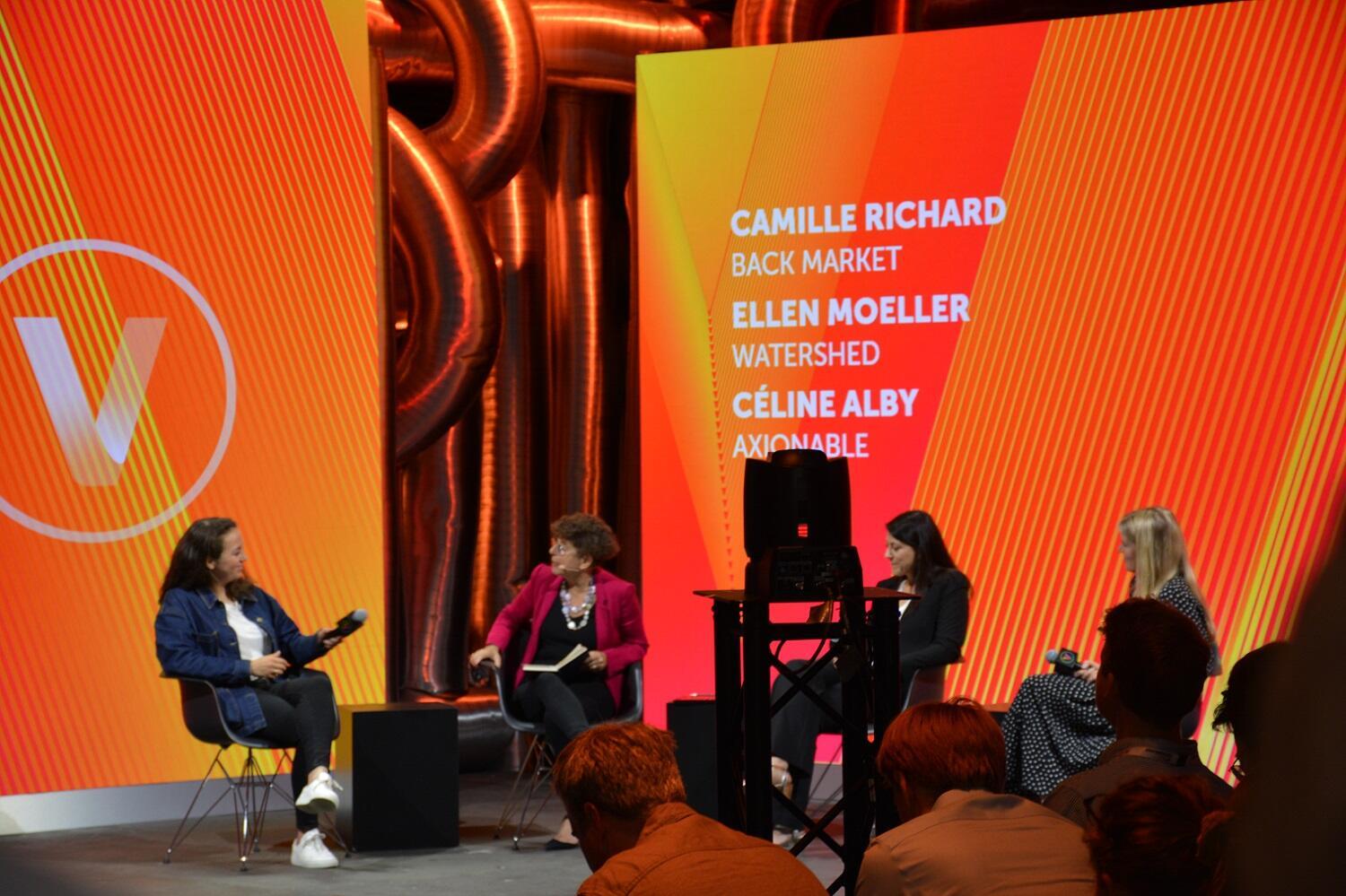 The first question is not so much whether technology is aware of the climate problem. Little by little the fact is being imposed. It’s more of a way to manage to limit it to questions. It was also the subject of a fascinating debate hosted by Tech Trash at the Orange booth, Amish vs. Entrepreneurs: Should Innovation Be Deprogrammed? A deliberately provocative reference to Emmanuel Macron’s remarks about 5G’s opponents and a welcome step back in a sector that is struggling to accept it.

To sum up, Irene Regnault, researcher and president of the Le Mouton Numérique collective, believes that for ecology, as well as for limiting fake news or technological monopolies, it is necessary to regulate and implement democracy in the company: there is conflict everywhere, you must accept conflict, you must establish restrictions and rules. »

On the part of Gilles Babinet, co-chair of the National Council for Digital Technology, the concern comes from monopolies as well as educating consumers about technology. Marked by opposition to 5G, he moves forward: “To varying degrees, I believe in this chapel war between technophiles and technophobes. It is a problem of education, of technological culture, that we understand these technologies, and that they themselves are not always in this top-down logic. Argument rejected by Irene Regnault.

If the debate over the place of democracy in digital companies and the US-driven guidelines (6G is already underway without citizen consultation) has been exciting, it has ended up far beyond the environmental issue posed by TechTrash. The question of the reverse effect of innovations was practically not considered.

The ecological crisis is not only climate.

Behind this debate about orientation in the face of the climate crisis lies a second question: where have the other environmental crises gone? Water crisis, lack of resources, biodiversity crisis, acidification of waters, disruption of nitrogen and phosphorus biochemical cycles… All this seems far from the concern of most Viva Tech participants. Of course, innovations are not designed to solve all these crises, but they are not designed to exacerbate them either. 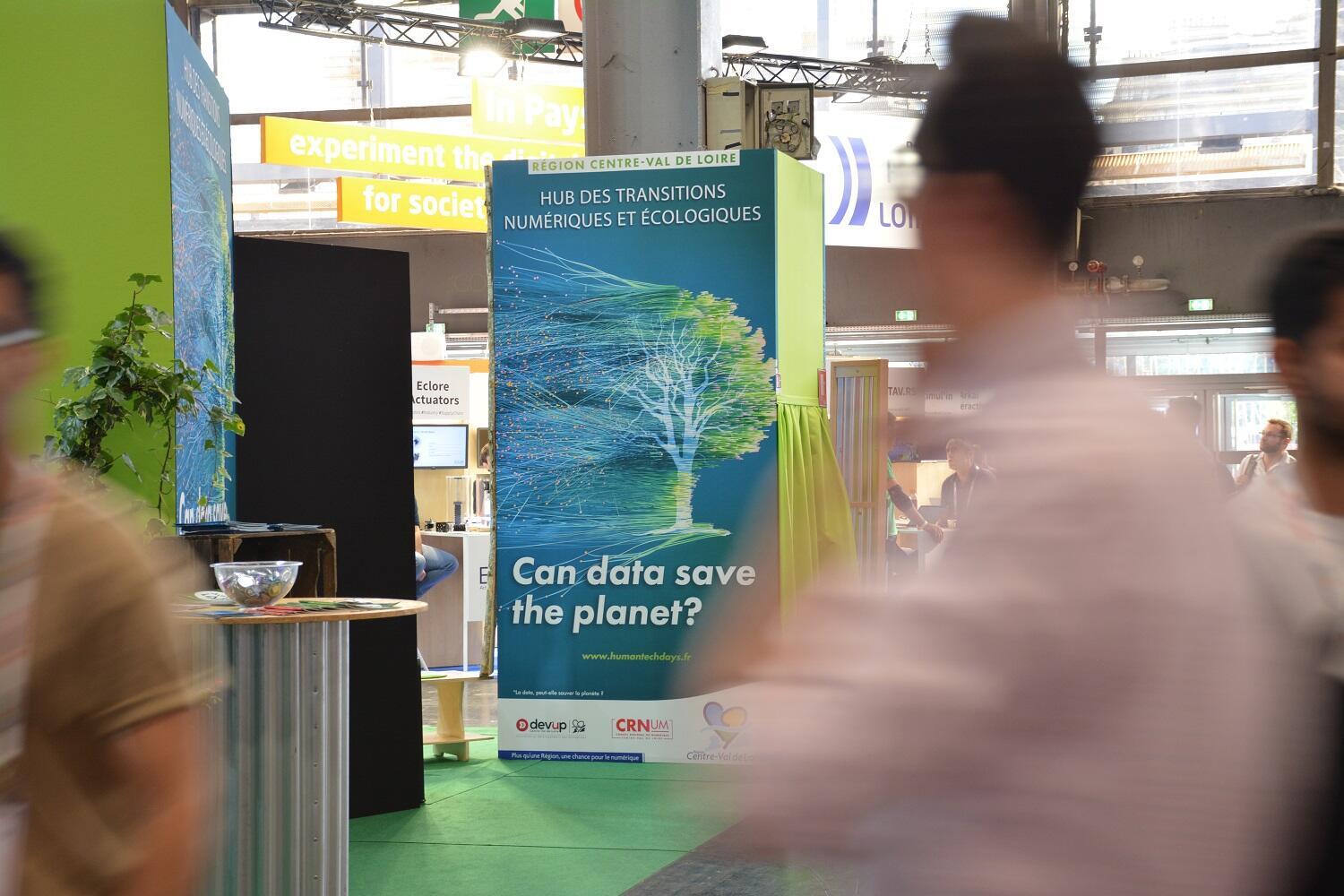 Fortunately, not everything is black: some green sprouts convince of the potential of technology in the fight for the environment. For example, Cumulus, who has just created a dew generator to create water from dry matter, and which could benefit, on its own scale, some communities particularly prone to desertification. To conserve biodiversity, the German company Dryad has developed a tiny, inexpensive sensor that alone protects 5 hectares. Its co-founder, Kartsen Brinkschulte, states: “We only develop products when both goals are achieved, when we can make a profit, but also when we have an impact on the environment, making a positive contribution to society and nature. And I think it’s a very symbiotic combination: helping nature can be very helpful. » 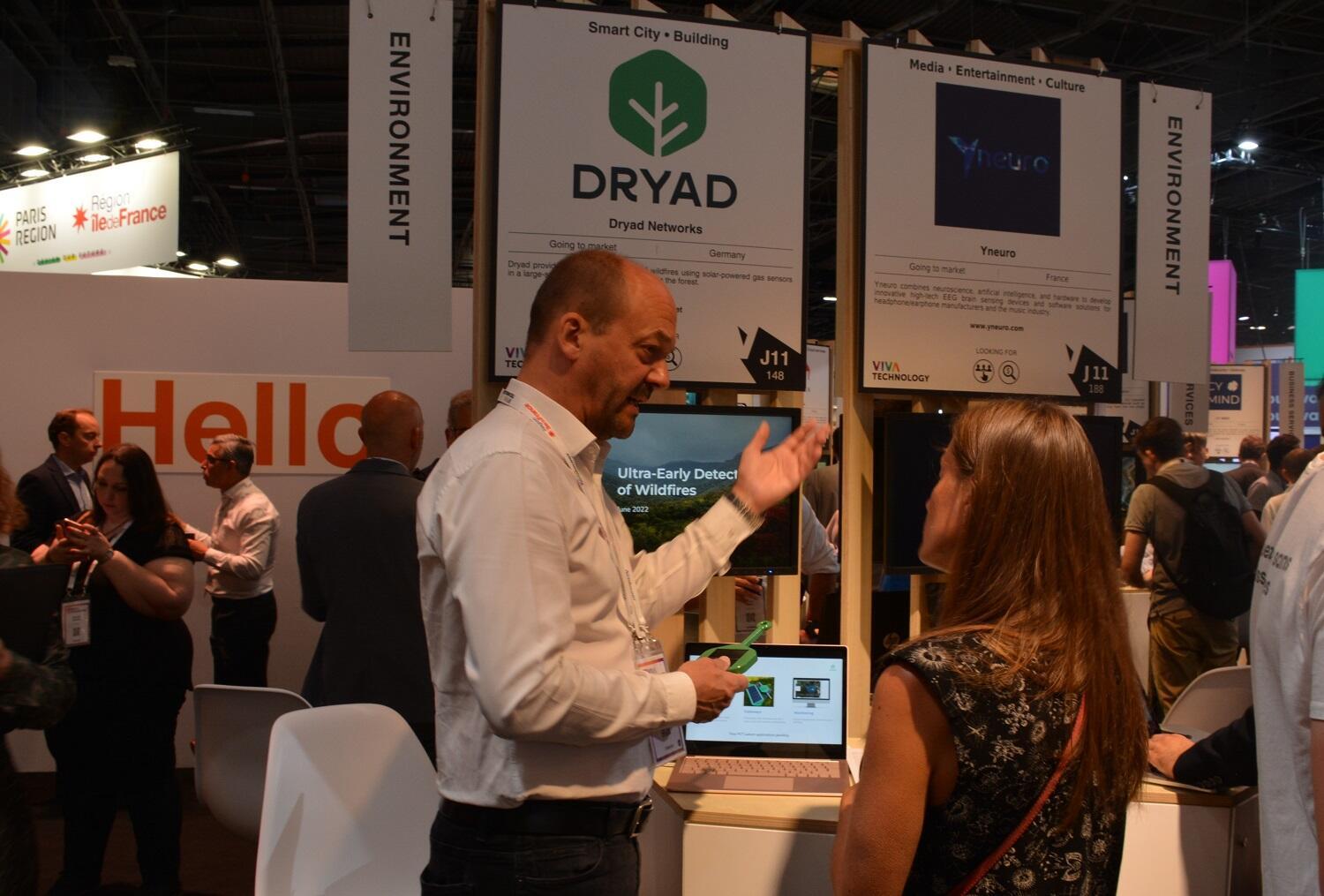 “Deep technologies”, fundamental research applied in everyday life, are also gradually taking their place in VivaTech. This is evidenced by the stands of Air Liquide, CNRS or Inria (National Institute for Research in Digital Science and Technology). More serious, less flashy – and therefore less attractive – it inspires hope. Like startup Airthium, a group of young engineers is developing a heat pump that could well offset the problem of renewable energy volatility.

It’s all about the paradigm, the history. At the moment, high technology is overrated in the media, in the political and public imagination. The image of a providential person, like Elon Musk, enlivens the world of technology. Perhaps technology will eventually save us all by capturing carbon from the atmosphere and perfectly recycling everything we use. In the meantime, scientists are rather skeptical, and the majority calls for sobriety, even relaxation. And it begins with a question that every engineer working on innovation should ask himself: “For what? “.

► Read also: Bees, the guardians of biodiversity, are in great danger