Released in November 2006 on PC, The Adventures of Sherlock Holmes: The Night of the Sacrifices was the third Sherlock Holmes game developed by Frogwares after The Mystery of the Mummy (2002) and The Silver Buckle (2004). He distinguished himself from his peers by crossing the world of Sherlock Holmes with the Cthulhu mythos, long before Lovecraft’s writings began to influence video game studios by the hundreds. Returning under its original title of Sherlock Holmes Awakened, this game has been completely remade and rewritten using modern Frogwares technology. Thus, nothing to do with the updated version released in October 2008, which offered new features (such as choosing a first or third person view), as well as some additional effects, but without fundamentally changing the game.

Sherlock Holmes The Awakened is set in 1894 and is about a young Sherlock Holmes as we saw him in the first Sherlock Holmes chapter with a few more years of experience. Players will see a young detective take on his first big case alongside his new assistant, John Watson himself. What begins as a classic missing-persons case soon spirals the new duo into a spiral of conspiracies as a nefarious cult beholden to their god Cthulhu attempts to fulfill an ancient prophecy. The game will take the duo through 4 locations – Victorian London, a Swiss mental hospital, the rivers of New Orleans and the highlands of Scotland – where they will try to separate reality from the supernatural.

This is a remake Frogwares has always wanted to make, but the hardships of the war have pushed the studio to launch it earlier than expected, as working with the story already set makes things a bit easier, even if the game is being rebuilt from scratch with the help of Unreal. Engine 4. “And stability and predictability are exactly what we need right now, when the rest of our days remains so uncertain,” says producer Denis Chebotarov.

Given the dire circumstances the studio finds itself in, Frogwares will engage the community in a Kickstarter campaign for release on PS5, PS4, Xbox Series, Xbox One, Switch, and PC. The first trailer for the game will be released soon, alongside the launch of the campaign, but here are some screenshots and illustrations to show you what the studio is aiming for.

“Most of the content, new features and the scenario are already ready. But we’ve mostly rewritten the original story and are planning on bringing in new actors. So you have to write it all down and translate from scratch. to launch the game on five platforms, we will also need a lot of time and resources for quality control. Finally, the team has additional features and improvement ideas that we would like to consider if we had additional resources,” the statement reads. 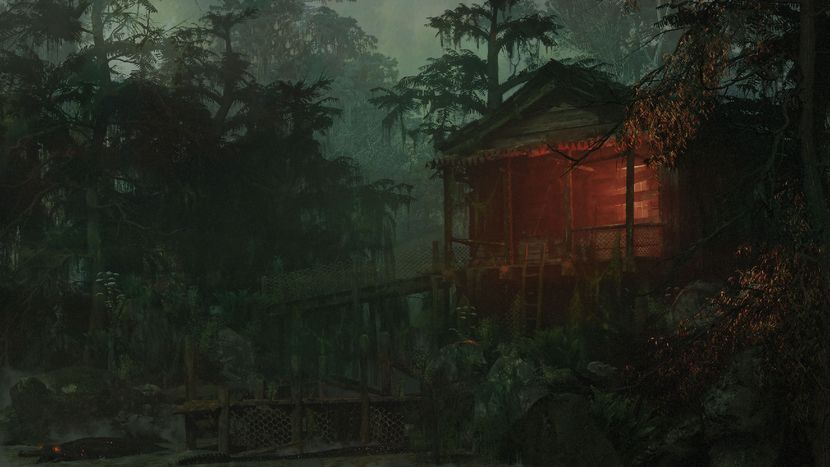 “We are also adding completely new game mechanics while reworking the original mechanics to expand the possibilities for solving cases. Changes to the story and timeline include the recording of new voices. We are also reworking the camera to bring it closer to a modern third-person view. games, redesigning the entire interface, animation and videos. This list goes on. In essence, this is a completely new game, only the story behind the business remains more or less intact,” explains chief designer Yaroslav Martyniuk.

The changes made to the script and dialogue are explained by the new positioning of the game in the Sherlock Holmes chronology. As explained above, Frogwares presents this remake as a successor to the first chapter of Sherlock Holmes, with a still young Sherlock having just met John Watson. Therefore, it is this adventure that will strengthen the bonds between the two men, which was not the case in the game released in 2006.