A marsh plant transformed into paper… It is a creation that changed the world! It is enough to evoke the word papyrus – that of “paper nut” or “nut of the Nile” – so that the image of the golden leaves preserved in the sands of the Egyptian desert appears immediately in our imagination. However, the scribes of the land of the pharaohs were not the only ones who resorted to the role of Cyperus papyrus L., this essential writing medium.

“If the oldest papyri are in fact Egyptian and date back 4500 years (the” Red Sea papyri “, note), this invention has spread throughout the Mediterranean, to the point that this material was still used by the Popes in Rome at the end of the 11th century! “, explains Jean-Luc Fournet, papyrologist, specialist in Late Antiquity at the College de France, in Paris and curator of the exhibition” The papyrus in all its states from Cleopatra to Clovis “. An event that the prestigious Parisian institution is inaugurating during the European Heritage Days on September 18 and 19, 2021 and that will be accessible until October 26, 2021. 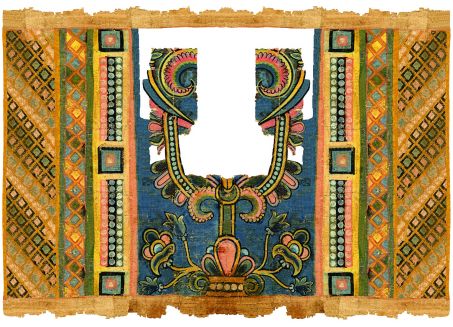 Egyptian papyrus with a floral motif of a weaver or mosaicist (7th / 8th centuries), at the service of crafts. © Paris / Sorbonne University

Aimed at everyone and free, this exhibition brings together more than 60 archives, from Cleopatra to Clovis. “This title is a way to open the papyrus of the Egyptian universe”, adds the expert. The document that is thrown farthest east, in Afghanistan, will be the next one farthest west, in Britain! But in fact it is a contemporary Greco-Roman papyrus of the reign of the famous queen of Egypt Cleopatra VII (1st century BC) that presents the visit to the place. “We propose a tour of the Mediterranean basin in an anticlockwise direction”, continues the Commissioner. 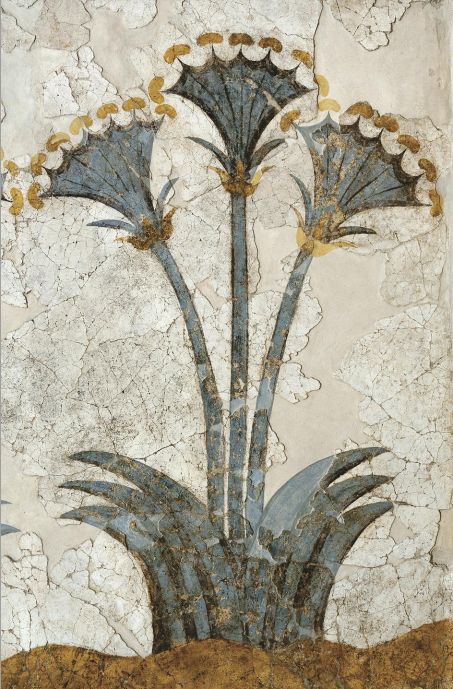 Stylized papyrus on a fresco in the “House of the Ladies”, in Akrotiri (Santorini), around the 17th century BC © V. Schram

The exhibition takes you from the banks of the Nile to Constantinople, passing through Greece and Italy and ending in Gaul. The exhibition is organized into three sections, the first focusing on the papyrus sheet itself and its metamorphosis on paper; the second, to the explosion of its use in Egypt from Pharaonic times to those who succeeded the arrival of the tumultuous Macedonian ruler Alexander the Great (4th century BC); and the third reveals the use made of it outside Egypt. One of the highlights of this retrospective is also three exceptional Merovingian papyri, on loan from the National Archives. These are the oldest archives of French royalty! A letter from King Dagobert, another from his son Clovis II, and a third, again, from Bishop Saint-Eloi. In their own way, these missives testify that this medium “which helped to fix human thought”, in the words of Pliny the Elder (1st century AD), was still in use in the 7th century.

Preserved in the Abbey of Saint-Denis and dated June 654, a papyrus with the signature of Clovis II “Chlodovius Rex Sub”, “I, King Clovis, I subscribed”. © National Archives

The exhibition also offers some specimens born on the banks of the Nile, as well as writings from the Imperial Chancellery of Constantinople. From ancient Greece, it will be an Orphic papyrus -religious current of the 6th century BC-, and from Italy, a rare scroll of Herculaneum, having survived the eruption of Vesuvius in 79, which accompanies, from Ravenna and the Byzantine Empire, a decision of the Emperor Theodosius II (5th century). Also with some surprises.

“Tell me what you write about, I’ll tell you who you are”

How to explain the phenomenal success of this writing medium? Sometimes found in the form of a scroll of several meters, it will be transformed from the Romans, in the 4th century, into a Codex, a kind of notebook that will constitute a revolution. “Papyrus has been used for millennia because it was cheaper than parchment [fait en peau]”Specifies Jean-Luc Fournet. Among the curiosities exposed, it will also be noted in these current times of fake news, works of forgers! Among them the so-called” Testament of Caesar “, identified as false by the historian and religious Jean Mabillon ( 1632-1707), as well as an archive falsified by the monks of St Denis Abbey, in the 11th century, who attempted to legitimize some of their claims. This science of manuscript expertise (and the detection of forgeries) has a name: the diplomat (diploma, by letter). 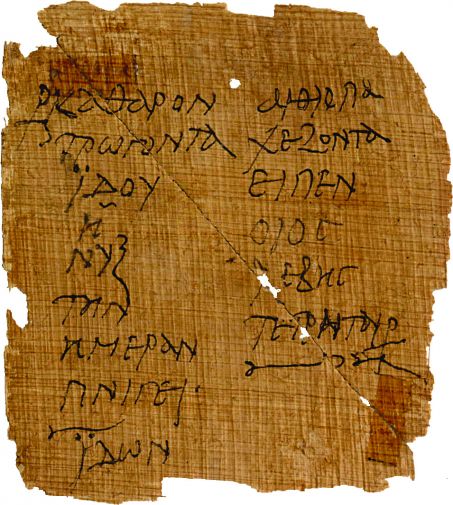 Another curiosity: approaching a small school notebook (or school teacher …) from the 6th century, it is possible to read a handwritten line in Greek using a formula of the philosopher Diogenes (4th century BC). -C.): “A woman who learns to read and write is a sword that is sharp” … A phrase that the current Afghan Taliban would not disdain!

The papyrus era comes to an end at the end of the 11th century. Then the paper begins, after the parchment parenthesis. The printing press generated an explosion in the distribution of 15th century writing. “The idea of ​​this exhibition is to show that our civilization was not only made from the content of texts, but also from their writing supports. Tell me what you write about, I’ll tell you who you are!”, Jean smiles. -Luc Fournet. Guided tours and lectures (which require registration) will mark the six-week exhibition.