In recent days, the Signal messaging application has experienced a resurgence in popularity thanks to a combination of circumstances to which WhatsApp and several supporters of personalities are no stranger. We wanted to see how the app works and share this experience with our readers.

An alternative to Whatsapp

This sudden success unintentionally came from one of the app’s competitors: WhatsApp. A few days ago, the service that has belonged to Facebook since 2014, indeed announced that it was going to change the conditions of use relating to personal data in order to share them between the social network and the application. Even if France is not affected by this change, it made some users want to look elsewhere.

The other lever of this sudden success is the support received by certain personalities like Elon Musk, boss of Tesla, also relayed by Jack Dorsey, CEO of Twitter. On the official page of the service, there are also a few quotes from whistleblower Edward Snowden, journalists and security experts who praise Signal’s safety.

The key to success: encryption and open-source

There are several reasons why these positive reviews exist. First of all Signal is run by the “Signal Foundation”, a non-profit organization. This status makes it possible not to have to deal with a possible monetization of user data. On the other hand, the development is “Open Source”, which means that the code of the application can be consulted by whoever wants it, including security experts who can thus ensure that a hidden code does not hijack the data.

Finally, the default encryption is established on all the data which passes through the application unlike other applications which ask to activate the encryption or exclude it from certain exchanges. Without going into more technical details, the application scrambles the messages before sending and they can only be deciphered by the recipient. Even if intercepted by a third party such as an ISP or curious eyes while traveling the network, they cannot be viewed.

Signal is available as a free app for Android or iPhone smartphones running iOS from the Google and Apple app stores.

Signal is instant messaging software with scalable encryption for making private calls and messages. Make crystal-clear voice and video calls with people around the world for free.

Getting started is simple, the application first checks your phone number, which is required to register (but another registration method will be offered soon). You must also choose a PIN, a code that will be used in the event of reinstallation of the application or spot check but not during daily use. 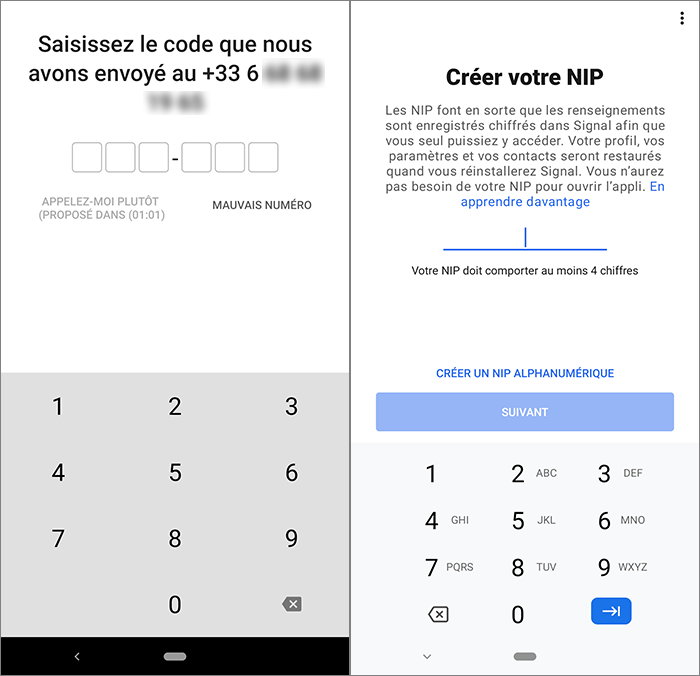 As soon as the application asks for access to the contacts and presents those who have already installed the application on their side, you can already communicate with them. The user is also offered to use Signal as the default messaging app and even import existing SMS messages into the app. 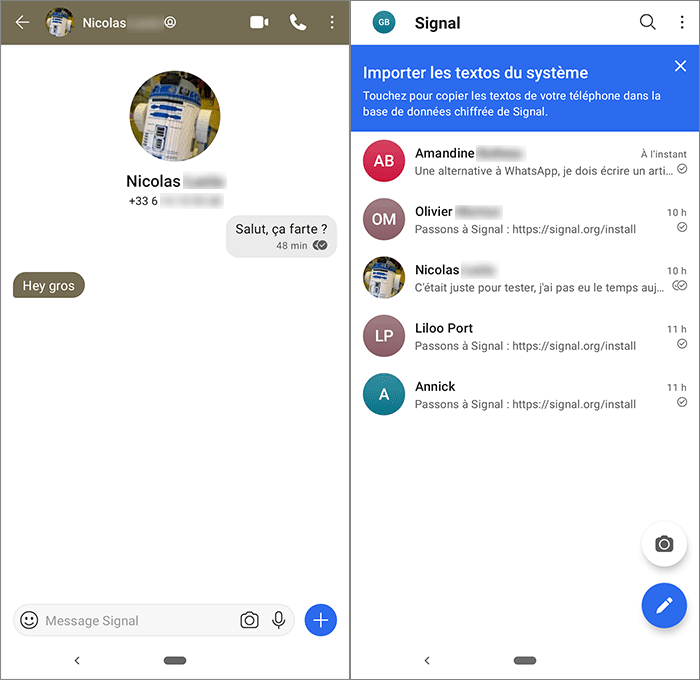 The start of use is therefore very simple and allows in a few minutes to make Signal its main means of communication via SMS or the app. Please note, however, that messages sent as SMS to someone who has not installed Signal are not encrypted. An icon next to each message with an open (unencrypted) or closed (encrypted) padlock indicates the secure status of the message before it is sent. 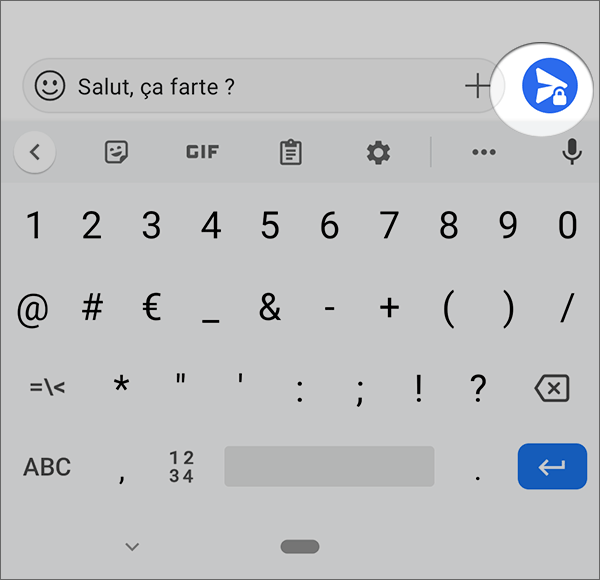 Several features are then to be discovered such as the possibility of creating groups like on WhatsApp, or the possibility of sending ephemeral messages from a few seconds to several days. Other interesting features, the possibility of annotating, cropping the photos or even blurring the faces automatically by simply checking an option before sharing the image. 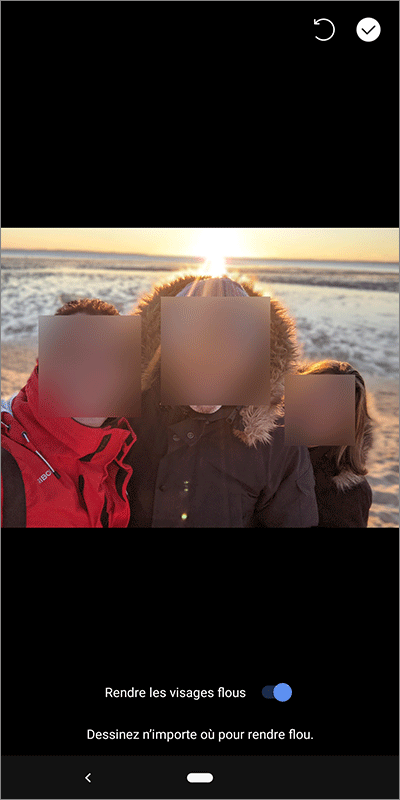 Can be used on a computer

Signal is not just a mobile application and desktop software for Windows, Mac and Linux is also available. However, it is not possible to use it before installing the mobile application. The synchronization is then done using a QR Code. 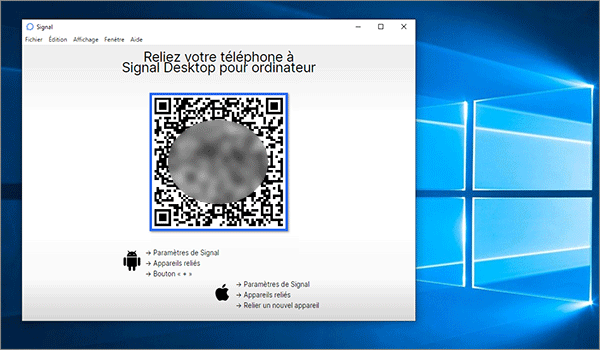 It is then possible to search for a contact to start a conversation. The tools to create ephemeral messages, make an audio or video call are also present. It is also possible to import groups and contacts through the settings. However, this does not allow you to recover previous discussions. 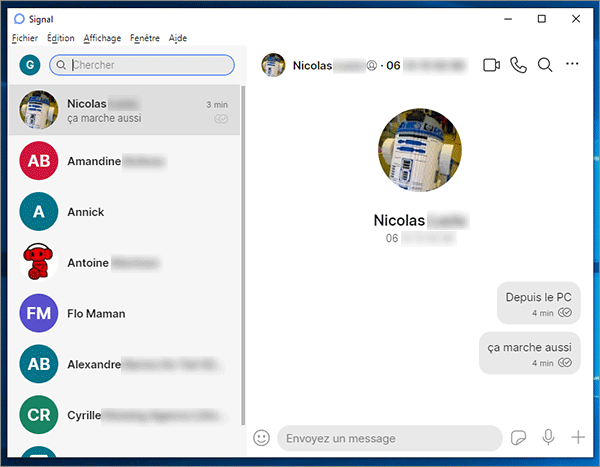 Signal is instant messaging software with scalable encryption for making private calls and messages. Make crystal-clear voice and video calls with people around the world for free.

Getting started with Signal is very easy and quite possible for most users, even novices. Its other strengths lie in data encryption, but those who use it do not have to configure that side of the application. Clear signals show when trades are protected.

The application offers many features similar to WhatsApp such as the ability to create chat groups. One of the boring points is still its relatively low popularity compared to those of WhatsApp or Facebook Messenger. Despite a resurgence of growing interest in recent days, you will have to convince your usual correspondents to install it to exchange encrypted with them.