satellite connection will they become the new flagship feature of high-end smartphones? This technology was introduced by Huawei on its Mate 50. Apple followed suit by integrating it into its new iPhone 14. Now it’s Samsung’s turn to offer this feature on its smartphone. Galaxy S23 which will be released early next year.

Please note that this is not official information. This is reported by the Korean media ETNews, which sniffed out about cooperation between Samsung and Iridium to install a satellite communication system on the Galaxy S23.

For information, Iridium Communications is an American company operating constellation of 141 satellites assets for satellite telephony. It is the only architecture that covers 100% of the planet. And thanks to this, the following Samsung flagships could transmit data via satellite.

A Seoul firm would work on this feature. two years. And, like Apple and Huawei, it would face the same problem of antenna miniaturization, a restrictive but necessary step to make satellite communications possible on smartphones.

This restriction will also limit the type of content that can be sent via satellite to text message as well as low resolution images. It remains to be seen whether Samsung, like Apple, will restrict its use in an emergency or allow its users to use it at any time.

Discover the best packages of the moment:
Found more than 100 parcels 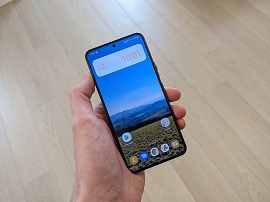