Three years after the last episode aired, Game of Thrones is still a hugely popular series. And HBO intends to capitalize on that enthusiasm and the rich and exciting universe created by George R. R. Martin in 1996.

A lot of derived series currently planned, announced or in development and we offer you this is a small summary to find out where future trips will take you Westeros… and elsewhere. 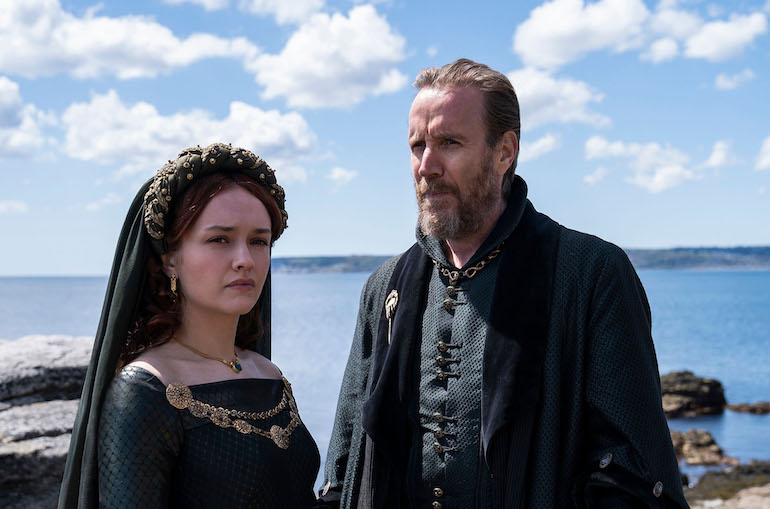 Series based on “Fire and Blood” George R. R. Martin, published in 2019, plunging the reader into the heart of the giant story of the Targaryen family from which Daenerys, one of the main characters of the Game of Thrones series, comes. We remind you Targaryen they have been known to ride dragons and maintain a pure lineage by interbreeding between siblings.

The House of the Dragon will take place 200 years before the events of Game of Thrones., and will undoubtedly deal with the most dramatic chapter of the Targaryen reign: the dance of the dragons and the Targaryen civil war. Fire and Blood includes many other families from Westeros, including the Houses Stark and Lannister, as well as the ancestors of popular characters such as Ned, Arya, Cersei, and Tyrion.

season 1made of 10 episodeswhich will premiere on August 21 on HBO, and exclusively on OKS in France from August 22 at 3 am..

This is the latest news from the world of George R. R. Martin: HBO is developing a series dedicated to John Snowand which will resume after the events of Game of Thrones. Kit Harington will return in a leading role.

Recall that at the end of the eighth and final season of the show, Jon Snow – real name Aegon Targaryen – was then a potential heir to the Iron Throne, but chose exile beyond the Wall. So this series could tell us more about its future and allow us to find certain characters like Arya or the Sauvageons…

This series is still under development and no official information has been leaked. 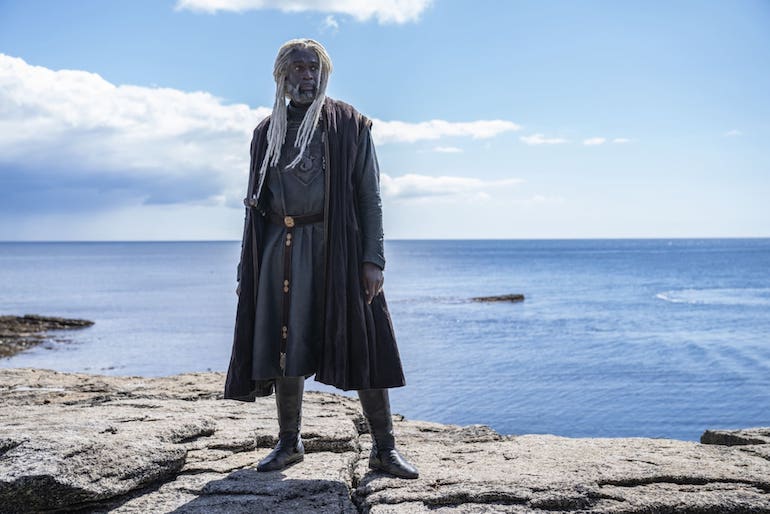 Also in development is this spin-off series centered around character Corlis Velarionembodied Steve Toussaint in the upcoming show House of the Dragon.

Nicknamed “The Sea Serpent” (“Sea Serpent” in VF), this character has exciting potential as he has traveled farther in his boats than anyone else in the entire Game of Thrones universe. Thus, the series will allow you to learn more about the continentEssoslocated southeast of Westeros, and even to distant lands Yi Ti.

The sea serpent, long called “Nine Voyages” (“Nine Voyages” in VF), is designed Bruno Heller (Rome, Gotham), but more information has not yet been received. 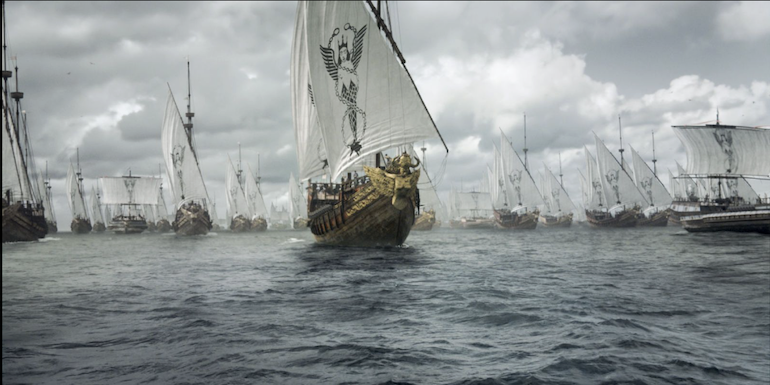 This is one of the most ambitious Game of Thrones spin-offs in development: 10,000 Ships (10,000 ships in VF) will tell the story Princess Nymeria1000 years before the events of the original series.

Fleeing from the dragons of Valyria, Nymeria led her people away from the homeland of Essos aboard 10,000 ships. His journey took him to Mandrel, south of Westeros, where she married Lord Mors Martell. This union led to the creation house martellwhose oberyn (Pedro Pascal) is a descendant in Game of Thrones.

Nymeria is an important character in the Game of Thrones universe. Arya Stark name his wolf after her.

10000 ships written Amanda Segalscreenwriter of the TV series In Sight, The Good Wife and The Fog.

Tales of Dank and Egg

This project will be an adaptation of the Tales of Dunk & Egg book series by George R.R. Martin, short novels that focus on characters Ser Duncan the Greataka Dunk, and his young squire Aegon Targaryennicknamed the Egg, who would later become King Aegon V. The events of these books take place 90 years before the events of Game of Thrones..

These stories follow the character duo through little adventures than in the “Game of Thrones”, in parallel with the large-scale conflicts of Westeros. Such a project could be similar to the Mandalorian series, which allows us to discover the universe for ourselves. star Wars on a smaller but no less interesting scale.

The series is directed by Stephen Conrad (“Patriot”), and the first season will be an adaptation of the first book “Knight Errant”. The series currently consists of three novels — Knight Errant, Swordlord and Dragon’s Egg — but Martin plans to complete at least six.

The future of the Game of Thrones universe will not be exclusively live-action. Sources say HBO is gearing up at least 2 animated series about the world of George R. R. Martin.

One of the two projects will be dedicated to Yi Ti’s Golden Empire (Golden Empire in V.O.), a territory located in the Overseas East, in the far east of Essos. Due to its remoteness from Westeros, the region is considered almost mythical, but it is reported to be a major center for the cloth and spice trade.

Extremely advanced and inspired by imperial China, this millennia-old empire has experienced many periods of conflict and open warfare in George R. R. Martin’s world. An opportunity to open the horizons of the Game of Thrones a little more.

other animation projects are still very secretive and less detailed, and we just know that one of them is supposed to be a dark and serious drama in the same tone as Game of Thrones.

This series did not go beyond concept and was canceled by HBO in 2021. Its place on this list is for guidance only.

If a Red Castlethe home of the Targaryens, Baratheons, and Lannisters is naturally central to Westeros and its capital. king’s domainwhile a series about an unknown area of ​​​​the city was being prepared: Flea Bottom (Kulpasie in VF).

Flea Bottom is one of the poorest neighborhoods in King’s Landing, home to beggarly markets, outlaws, brothels and their prostitutes, and even Varys’ “birds”. A heap of dilapidated houses, countless narrow streets and shady places, where another power lives, besides the Red Fortress, but no less important.

Famous people such as Davos Mervo or Gendry Baratheon have lived there for many years and this would be a new opportunity to show a different side of Westeros, its capital and its people. The project of the series is officially closed.