Here’s how gamescom is available this year.

From August 24, we can again plunge into the bustle of gamescom and see colorful events at the stands and in the halls of KölnMesse. One big name or another won’t be featured this year, but other exhibitors have not only announced their presence, but that this year’s focus will be on the community. Gamescom attendees will be as diverse and varied as the gaming community, and we’ve taken note of gamescom’s accessibility.

On the gamescom website, we learn that KölnMesse wants to offer people with disabilities a pleasant stay on the exhibition grounds. There are links to various documents with additional information. For example, on a lobby plan showing toilets, elevators and parking spaces for the disabled. There is also a digital brochure with all sorts of useful information for barrier-free travel. She points out, for example, that only two platforms of the Messe/Deutz station have an elevator. Unfortunately, the pamphlet itself is not without obstacles, as it cannot be read aloud by the reader.

But the overall accessibility of the show says little about how good or bad booths at gamescom will look. The Xbox is the model here. In addition to announcing games that can be played on-site, the Xbox Wire article also stated that the booth should be accessible and barrier-free for everyone if possible.

A key role at the Xbox booth will be played by employees wearing highly recognizable “Here to Help” t-shirts who are available to help and assist when needed. In addition, all field staff are trained to deal with people with disabilities without prejudice and inhibitions, without being overly aggressive.

For example, Grounded has a spider cursor with which arachnophobes can enjoy the game. Of course, there is no such cursor at the fair, so Microsoft has taken precautions here.

The entire booth will be designed and built to be easily accessible by wheelchair or other means of transportation. We loved this announcement so much that we spoke with Brannon Zahand, Xbox Senior Accessibility Manager, about the concept of Xbox Accessibility for gamescom.

In addition to wheelchair accessibility, there are other barrier-free measures. Sign language interpreters from American, British and German Sign Languages ​​work every day of the show. Some stations also have height-adjustable monitors, as well as Xbox Adaptive controllers and knee trays. For example, for people who are sensitive to light or loud noises, there are earplugs, sunglasses, and shakers to help get their attention. Access to these tools should be as easy as possible, as Zahand explains:

Visitors can contact one of our Here to Help team members and we will put them in touch with a member of our game accessibility team. We will ask them a few questions to get an idea of ​​their needs in order to set up the right equipment and setup. Please note that for health and safety reasons, we are unable to supply mouth-operated devices to our customers.

Also for arachnophobes: This help should also be open to arachnophobes, as Microsoft’s booth has a photo option of a 5m giant spider. The Microsoft team is prepared to show visitors a way that minimizes the visibility of the spider. In addition, the signs refer to the spider, and the lighting of the copy is turned off at the last hour of each exhibition day.

You can see which games Microsoft is showing at the show here:

Same with other exhibitors.

At Xbox, we obviously put a lot of thought into making the experience as enjoyable as possible for as many people as possible. But we asked for a little more to see what other exhibitors are doing. Thanks to gamescom 2019, we know that inclusive gaming is also a big theme for the Indie Arena booth. At the time, Indie Arena Booth featured an accessibility zone with height-adjustable tables, adaptive Xbox controllers, and a Bcon controller. Attention was also drawn to accessibility in the IAB support program, such as through GameJam, where a game was created that can be controlled with just two buttons. 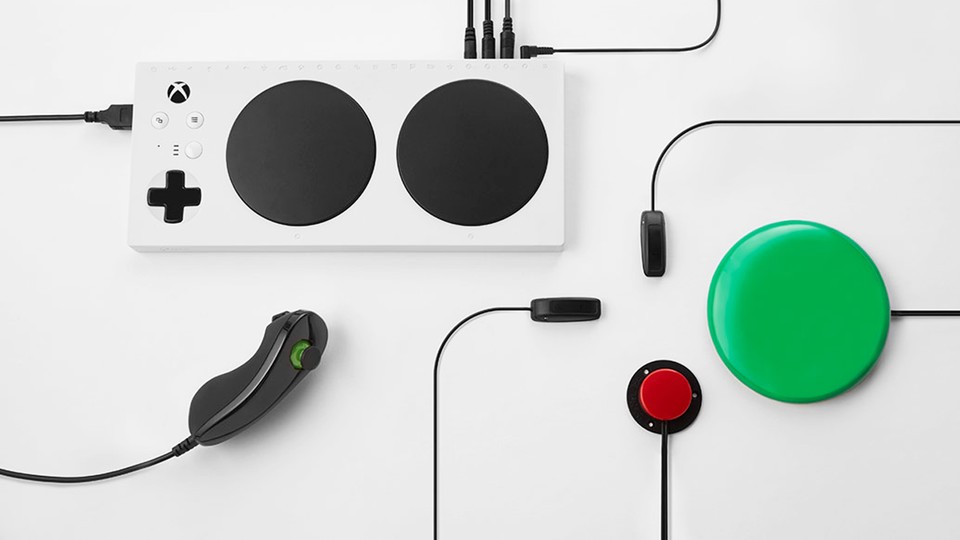 Unfortunately, IAB can’t implement the Availability Zone this year, Valentina Birk, manager of Indie Arena Booth, tells us. Exhibition space prices skyrocketed, and no sponsor was found to share the cost of additional space. As in years past, this year the inclusive game will once again take its place in the IAB stream to continue bringing attention to the topic.

Knowing that Ubisoft is also working more and more on game development to make games available to as many players as possible, we asked them if they have a booth concept this year. Ubisoft plans to completely redesign the booth so that all areas can be accessed in a wheelchair or other mobile device. The Roller Champions Game Console Kit is designed with a reduced height and features seats for people who cannot stand for long periods of time. It is also useful for short people and people in wheelchairs.

I am pleased that diversity and accessibility are becoming increasingly valuable at gamescom and I hope that in addition to the exhibitors selected here, other exhibitors will also consider people with disabilities in their booth design and layout. . It is also to be hoped that information on this issue will be communicated in a comprehensive and unhindered manner so that it reaches the target group. Only then will the people for whom such and similar settings make it easier to visit gamescom actually take advantage of the offers.