Because at Sciences et Avenir we love science, even on weekends, if that’s not the norm: this article was born from personal experience… One sunny Saturday morning, the three of us are walking with our six-month-old daughter. Head to the Ecole Normale Supérieure (ENS) on rue Ulm, in the 5th arrondissement of Paris, for something out of the ordinary for the whole family. France has one of seven BabyLabs staffed by researchers specializing in the study of cognition in infants and children under 6 years of age.

Voluntary participation requiring half an hour

It all started with a letter received at home, in which the Parisian BabyLab asked to register our daughter. “We are lucky to have a partnership with the registry office, which allows us to connect with parents of newborns,” explains Ann-Caroline Fieve, Head of BabyLab. An object that is the envy of the surrounding countries, for which the set of test subjects is more difficult. Registration is by email or return mail and is non-binding, other than receiving offers to participate in ongoing research.

At BabyLab, the real experience takes place in a large cube isolated from the rest of the room. Credits: Camille Gobert.

A few weeks after my daughter’s enrollment, we received our first offer. This is a language acquisition work that we have decided to participate in. Some research can be done at home, but this is not the case: we need to schedule about half an hour on the spot – in the time slot we have chosen – including barely 5 minutes of effective experimentation with the child.

ILLUSTRATION OF BABYLAB DISCOVERIES. Does your screen time affect your child’s language learning? Does a bilingual child learn faster if the two languages ​​are similar? How to strengthen the language skills of a child with autism? Find answers to all these questions and more at Kotoboo, created by volunteers and passionate language researchers based on BabyLabs scientific discoveries.

Chair in front of the screen

In the lab, a series of screens mounted above a table adjoin a large cube, large enough for several adults to enter. A real part of the room, it’s adorned with dozens of animal stickers that make it look less impressive. Inside, with walls covered in black fabric, there is a simple chair opposite a screen that can accommodate a parent with a child on their lap. 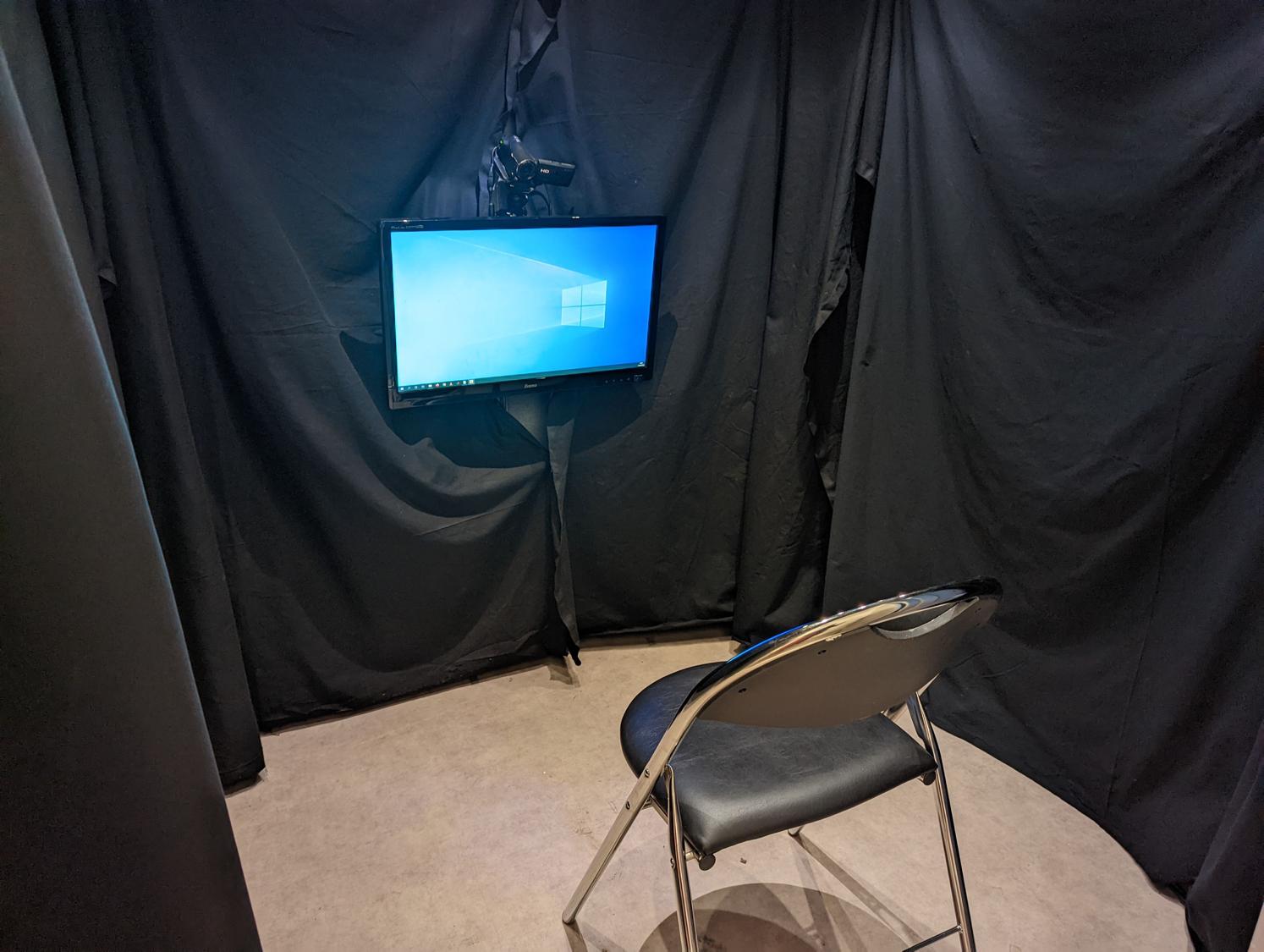 Wearing headphones, so as not to risk his offspring, the parent listens quietly to music while shapes are displayed on the screen, accompanied by sounds to attract the attention of the baby. In front of the computers outside the cabin, the researchers can follow the child’s gaze. “We believe that when a child looks away after looking at the screen for a while, this means that he is not interested in what is happening there, that he is gone,” explains Ann-Carolyn Fieve. At this time, the researcher changes what is on the screen, and if the baby is able to catch the difference, he will observe renewed interest.. It is from this postulate that an experiment that will have to be followed by about 40 different babies before the results can be analyzed. Objective: To understand whether infants form associations between sound and image from a very young age.

“No screens until 3 years,” health authorities insist. But let the parents rest easy: if this recommendation can be applied when it comes to long-term and passive exposure (for example, a TV running at home in the background), the science is much more subtle. Low-dose screens can even serve as a teaching tool for interaction with an adult, so the few minutes required for the study will not have a negative effect on the child. 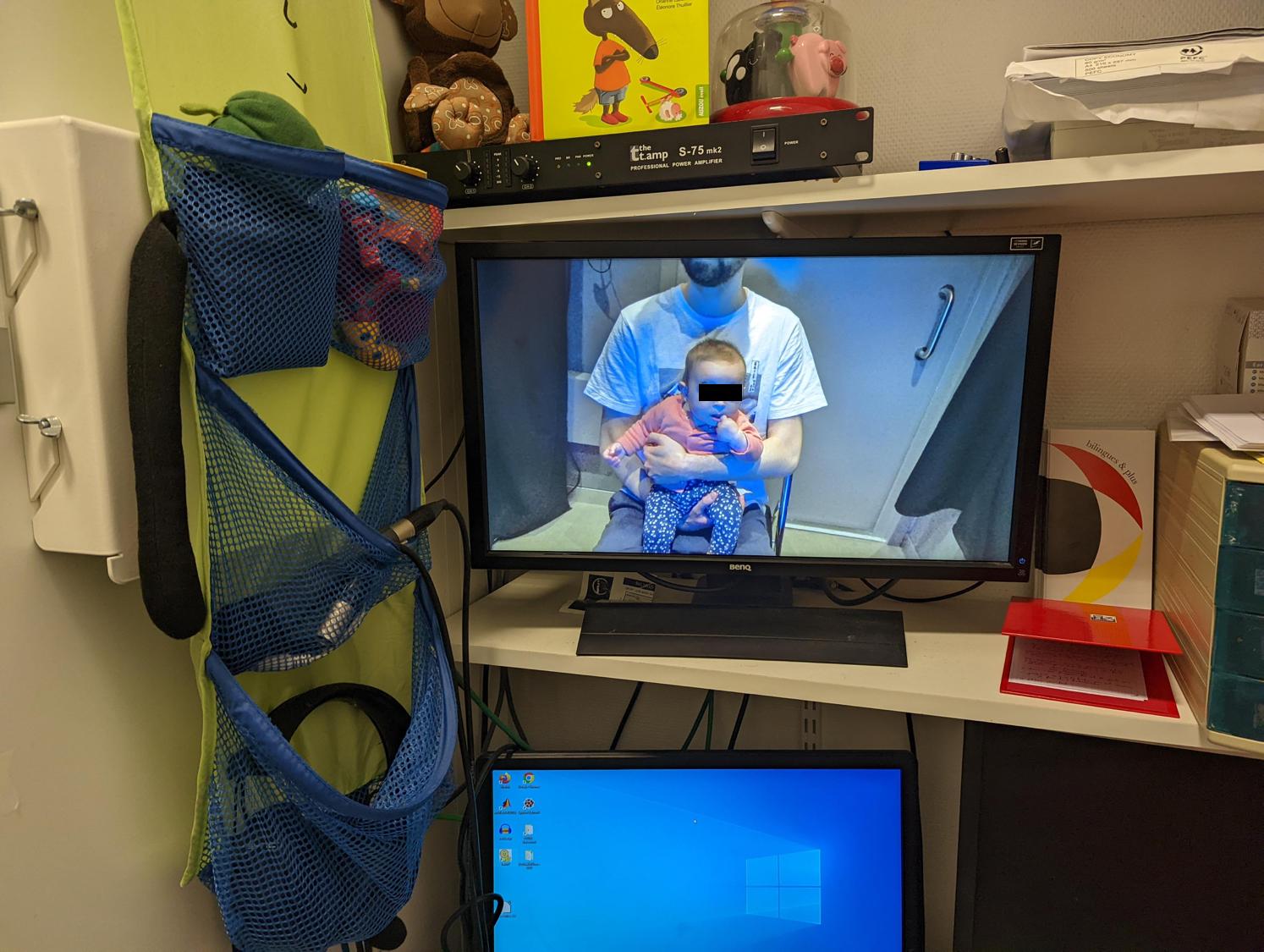 Outside the isolated experiment room, the researchers track the baby’s gaze with cameras. Credit: Camille Gobert.

If infant recruitment is driven primarily by letters, BabyLabs researchers it is also possible to simply contact by e-mail, which can be found on the respective websites (see the list below). And as a reward, in addition to satisfaction from the usefulness of scientific research and pleasant memories, you will leave with a beautiful diploma in the name and with a photo of your child!

BabyLab of the Higher Normal School