Fourth player in North America with 5% market share, second behind Samsung in South America with 15% market share, sixth in Europe and present in the top 5 of seven European countries (IDC), Motorola seems to be s’ to be made a beautiful place in the sun outside the hexagonal borders. In France, the manufacturer is indeed struggling to establish itself. It must be said that Chinese competition, globally little present in the first two markets mentioned above, is shaking up many historical players. This does not prevent it from being an ambitious brand that wants to achieve 10% market share and integrate the top 3 Android manufacturers in the territory. To do this, Motorola has enriched its team with new members, clarified its proposal and revised its communication. We were able to take charge of the Moto G50 and Moto G100, two 5G smartphones that cover the entry and mid-range.

Motorola Moto G50, 5G for everyone

5G is accessible for less than 250 euros (249 euros) with the Moto G50 which incorporates a Qualcomm Snapdragon 480 SoC. This is coupled with 4 GB of RAM and 64 GB of expandable internal memory. At first glance, the fluidity of the smartphone is very sensitive to the number of applications running in the background. We will therefore have to be content with modest but sufficient performance to scroll on social networks, send messages, play 2D games and watch videos.

The display is managed by a 6.5-inch IPS and HD + LCD screen with a refresh rate of up to 90 Hz. It is framed by fairly thin borders on the sides, a rather teardrop notch. discreet and a prominent chin. Too bad when we know that smartphones with a much more attractive size / screen ratio exist in the same price range as the Redmi Note 10 from Xiaomi. The plastic shell of the Moto G50 has nice finishes but is sensitive to fingerprints. 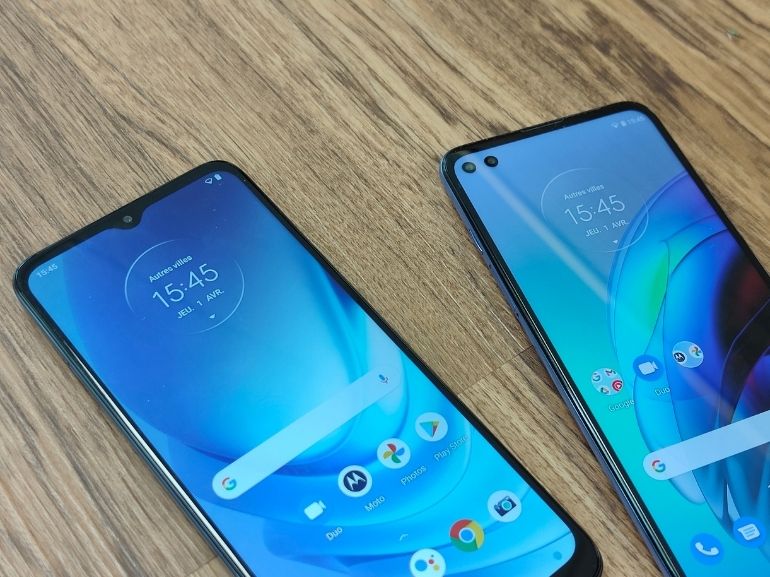 We stay on the back of the terminal to discover a triple photo sensor combining 48-megapixel wide-angle, 5-megapixel macro and 2-megapixel ToF. The trigger lacks responsiveness and the renderings made with the main module are bland. At the front, we take advantage of a 13 megapixel sensor. 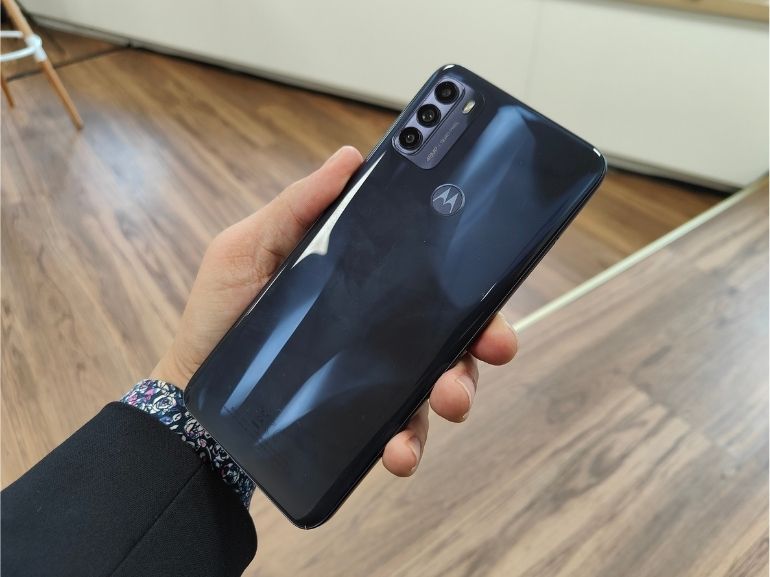 The Motorola Moto G50 should have good battery life given its 5,000mAh battery.

This is the most expensive model in the G range that the brand sells to 549 euros. For this price, we are entitled to a very thick smartphone (9.7 mm) – always with a plastic back – equipped with a Qualcomm Snapdragon 870 SoC which, we recall, is a slightly improved version of the S865. It is paired with 8 GB of RAM and 128 GB of expandable internal memory. A configuration which should satisfy the most demanding consumers. 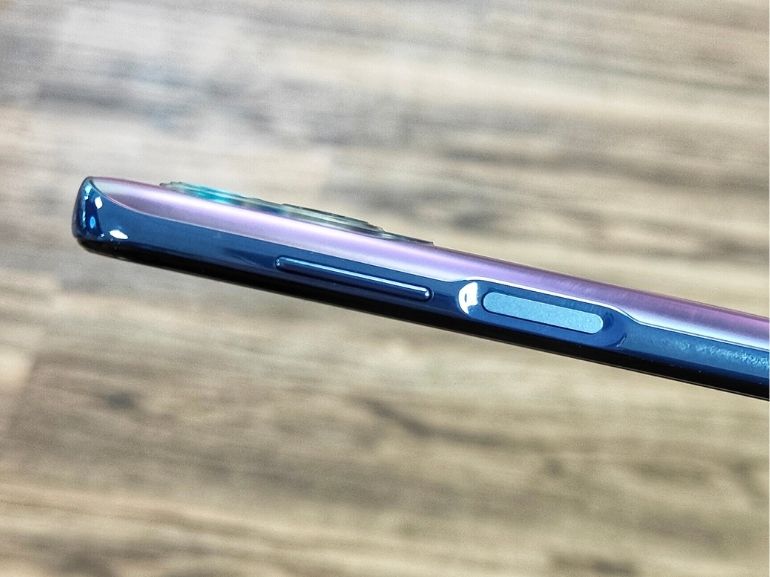 Disappointment on the screen side since the Motorola Moto G100 has an LCD panel and not OLED like many of its rivals. The FHD + display area spans 6.7 inches. 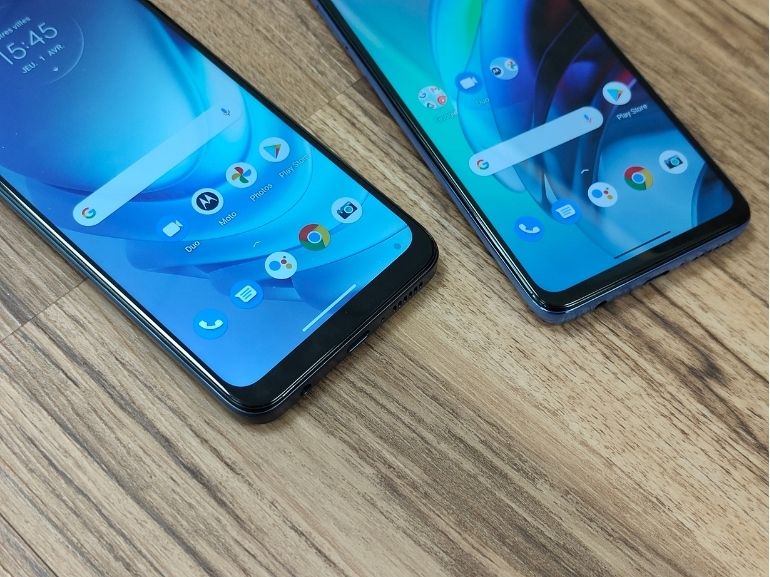 Its photo part consists of a 64-megapixel main sensor, a 16-megapixel ultra-wide-angle, a 2-megapixel depth sensor and a ToF. These last two sensors, dispensable, could have given way to a telephoto lens. In practice, the wide-angle has the same problems as that of the G50. The ultra-wide angle barely contains the distortion. Two 16 (wide-angle) and 8-megapixel (ultra-wide-angle) sensors are dedicated to selfies and housed in punches. 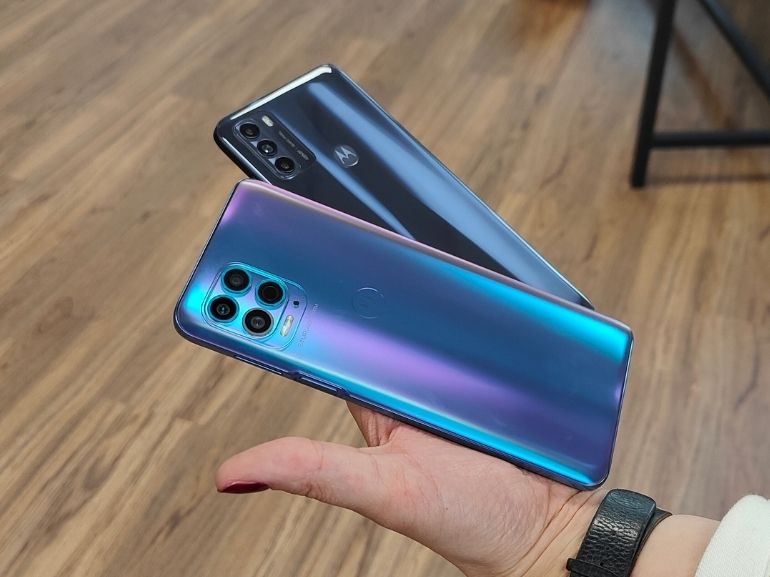 There is also a 5000 mAh battery here, but it is compatible with 20W fast charging.

The Moto G100 comes with a “Ready for” dock that offers an experience similar to what Samsung DeX offers. Connected to a screen or to a computer via HDMI, it allows us to navigate on an interface designed for the occasion and to take advantage of certain practical functions such as multi-window and drag-and-drop.

With its G10, G30, G50 and G100 covering virtually all price segments, Motorola speaks to a large chunk of consumers.

The Moto G50 makes 5G accessible but imposes on us concessions that are difficult to digest: dated look, HD + screen and sloppy photo part.

Mixed experience also with the Moto G100 which, despite a high-end processor, a nice battery and an interesting dock mode, does not seem ready to compete with the competition in the field of photo, display and design.

It should be noted that we are sharing our first impressions with you here and that these may or may not be confirmed after a test lasting several days.