When most people talk about games, they tend to think of PCs or consoles. However, there is a space that many do not realize has gone beyond the world of games: smartphones and, more specifically, Android devices.

By accessing their mobile games on any Windows PC, gamers will be able to play on mobile and pick up where they left off on PC later, and vice versa.

It has not been confirmed if the full library of Google Play games will be available when the service arrives on PC, or if there will be exceptions.

Google Play Store seen in Windows 11 through your phone’s screen mirroring function
According to The Verge, Google will bring Android games to Windows PCs in 2022. The Google Play Games app will work natively on Windows 10 and Windows 11, without special integration with the latter. This means that the games will run locally and will not depend on cloud streaming.

While it’s unclear how Google will emulate Android apps on Windows, Google spokesman Alex Garcia-Kummert said the app was designed without the help of a third-party company like Microsoft or Bluestacks. This means that they have probably created an environment to run Android apps from scratch.

Google has also indicated that it will distribute the app itself, so it is unlikely that it will be available on the Microsoft Store. 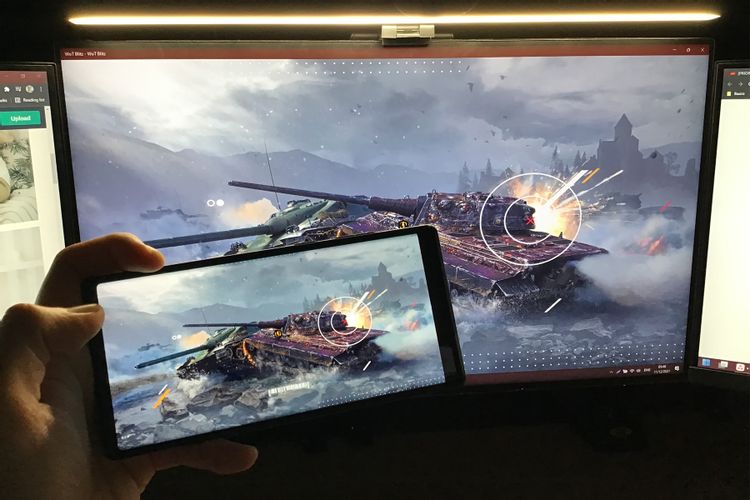 With this news, the game is now more convenient than ever. The progress of users in the game is saved on all platforms, so if you are playing on your phone, you can continue on your computer when you get home.

While many die-hard gamers prefer to play on PCs and consoles due to larger screens and better overall performance, the portability of Android smartphones and tablets is unmatched. Compared to most laptops, they have a longer battery life and next-gen mobile chips now compete in power with cheaper processors.

With this new convenience, Google can inspire great game developers to create AAA titles that work on PC and mobile devices. And since you can usually find Android games and apps on the Google Play Store, that means these developers will have to make their products available there, further increasing Google’s market share and profit margins.

This development can also make PC to iPhone gamers switch to Android, especially those who enjoy playing the same game and keep their progress across all devices.

The number one gaming platform

The No. 1 pie chart gaming platform. 1 for gaming revenue and market share
When you look at the phone in your pocket, you might not think of it as a gaming device, but the market is far from the same.

According to analytics firm Newzoo, smartphone gaming outperformed PC and console platforms in 2020. Mobile gaming generated a staggering $ 77.2 billion in revenue, far more than the $ 36.9 billion on PC and the $ 45.2 billion from the console. This means that smartphones and tablets now occupy almost half of the market.

The main reason is that smartphones have the lowest barrier to entry. Consoles typically cost around $ 300, and a decent gaming PC will cost you around $ 500. Chip shortages further increase the cost of ownership, with resellers doubling or tripling their retail price.

And while a decent mid-range phone costs between $ 100 and $ 300, almost as much as a used console, it has more utility than games, and you can easily fit it in your pocket and take it with you.

Google Play on PC: a win for cross-platform compatibility

As some companies increasingly isolate their user base from other technology providers (ahem, Apple), Google’s recent move is a breath of fresh air. This native Windows compatibility can make other Android applications available on PCs.
This move could open up more markets for Android developers and give Windows users more options when choosing apps. However, we must remain vigilant and ensure that Google does not monopolize the gaming industry.

Italian Vertigo watch inspired by the “happy charm of the sea”.

Italian Vertigo watch inspired by the “happy charm of the sea”.