Gran Turismo, the adaptation of the game for Sony and PlayStation directed by Neil Blomkamp, ​​has found one of its main characters.

This is a beautiful love story between the PlayStation and the seventh art. Given the recent success of the Uncharted movie, the upcoming release of the promising The Last of Us series, and the intriguing feature-length film projects Ghost of Tsushima and Amazon God of War, among other things, the video game creator can’t help but seem ready to ditch the big or small screen. It will not be the future adaptation of Gran Turismo that will contradict us.

Indeed, a film about Gran Turismo will be prepared within a few months. According to the Hollywood Reporter, one of the main actors, the brilliant David Harbour, would even be cast for this feature film. In this PlayStation adaptation of the game, Hellboy’s latest interpreter and highly respected Stranger Things sheriff is set to camp as a former race car driver who has to train a talented Gran Turismo player to become a real racing driver in turn.

In this way, Gran Turismo will connect the world of games with the real story of this teenager who really became a professional pilot. On paper, this presentation is something like a huge flyer urging viewers to buy Gran Turismo games while profiting from the fans of the saga that will flood theaters. 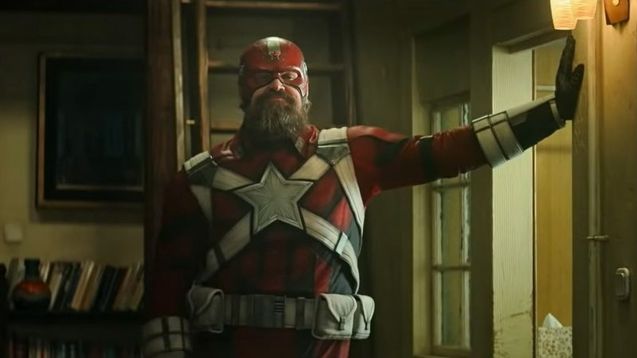 I hope that the feature film will not be reduced to this sad expectation. As a reminder, District 9 and Elysium director Neil Blomkamp will be in charge of producing this Gran Turismo movie. In the meantime, Jason Hall (American Sniper, Thank You for Your Service) and Zach Baylin (Williams Method, Creed III) were entrusted with his script.

Since 1997, the Gran Turismo saga has revolutionized the way car games are played, offering the ultimate in immersive racing experience. To see if the film adaptation will match this PlayStation bestseller. The feature film Gran Turismo is set to hit French cinemas on August 9, 2023. A great way to wait while you wait for David Harbor in Marvel’s Suicide Squad, The Thunderbolts.