The launch of GTA The Trilogy feels like a Stations of the Cross for gamers, especially on PC. It cannot be played because it was removed from the servers, it is once again for sale in the Rockstar Launcher. However, none of the concerns noted have been resolved.

The more days that pass, the more the launch of GTA The Trilogy resembles that of Cyberpunk 2077. What seemed like a safe bet for this end of the year is actually a real disaster that tarnishes Rockstar’s image. While the game just got stuck on PC, it is returning to the official launcher.

In fact, it was impossible to launch the titles through the Rockstar Games Launcher. The purchase was also not available. The problem is fixed, according to the study that publishes a tweet on the subject. Apologies are also expressed. Now you can start GTA 3, Vice City or San Andreas again on your machine.

GTA the Trilogy, a catastrophic remaster

It wasn’t server issues that caused this downtime, according to Video Games Chronicle, but games with files that didn’t have to be there. We are talking about developer notes, music available in old versions but Rockstar no longer has the rights to, and even the famous hot coffee mode from GTA San Andreas, which had been so much talked about at the time. The presence of bad versions of the games testifies to some chaos surrounding this release.

All three titles are available again in Rockstar’s launcher, but the problems are far, far from being resolved. Since the release of this Definitive Edition on November 11, angry fans have been sharing videos and images showing a mess of bugs. We’ve completely messed up the character models, crazy cars, strawberry AI, and rain that makes the title unplayable. And here we take just a few examples.

The launch of GTA The Trilogy is therefore synonymous with disaster. At the time of writing this article, we strongly recommend that you do not buy if you are tempted. Rockstar might fix these issues in the future, but right now this remaster isn’t worth it. Too bad, considering that nearly twenty years after their original release, the games themselves are still excellent. This casts doubt on another planned remaster: the one for GTA 5. 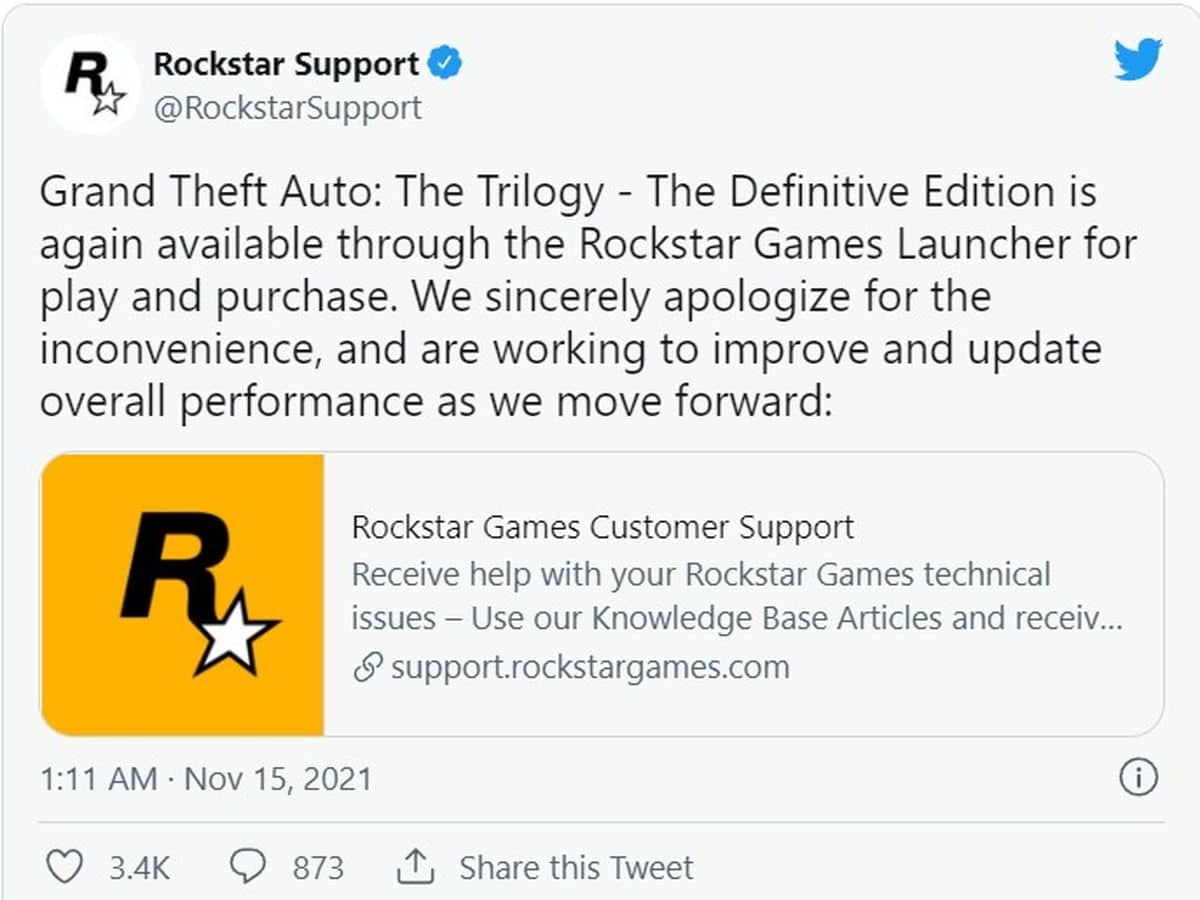