The cult video game Grand Theft Auto (GTA) is set to make some changes to the sixth installment in the universe of the series, which is currently in production and expected in early 2024. A female character of Latin origin should appear, the first of twenty-five. years.

GTA is changing. In its sixth and next episode, the video game developed by Rockstar Games will make several changes, as explained by Jason Schreier, a video game journalist, in an article published on Bloomberg.

Indeed, players will be able to embody a Hispanic woman, who will bond with another character to form a couple, as the protagonists of the video game.

In addition, the “criminals” will be able to develop in fictional American cities, the main action of which will take place in a city inspired by Miami.

If women have been in other episodes of GTA, then the creation of a female protagonist is the first in twenty-five years.

With this initiative, Rockstar Games intends to turn the page on the depiction of women in “sexualised ads” and their secondary role in the game.

This initiative also aims to provide a more inclusive and less misogynistic experience than previous episodes. 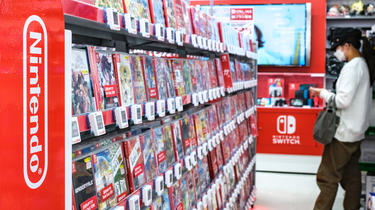 The last part of the game, GTA V, was released in 2013. Also, it is currently the second best-selling video game in history after Minecraft, with 165 million copies sold.

The release of GTA VI is scheduled for early 2024. Until then, other changes may be made to the video game prior to its official release.