Pinocchiodoll who wanted to be a real little boy, most famous doll mass culture. Novel adaptations Carlo Collodi released in 1883, we saw dozens of them, but this does not prevent this good old Pinocchio from periodically returning to our screens. After live action version Walt Disney movie released last spring on Disney+, it’s the turn Guillermo del Toro to understand this famous story.

Made in stop traffic del Toro and Mark Gustafson, this Pinocchio can count on a good cast in his original version, among other things, the voiceEwan McGregor, David Bradley as well as Christoph Waltz. But does the film really manage to take a fresh look at the history of this puppet ? Should we see Guillermo del Toro’s Pinocchio on Netflix? Here’s our review of the movie, guaranteed no spoilers. 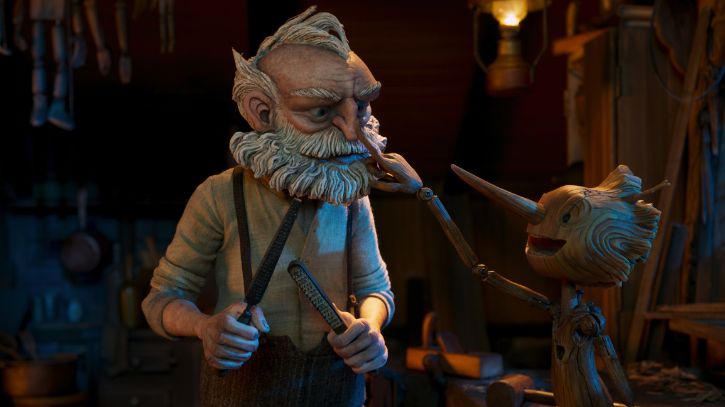 Should we see Guillermo del Toro’s Pinocchio on Netflix?

If for you Pinocchio is the story of a puppet who wants to become a real little boy at all costs, then Guillermo del Toro’s version will surprise you. Indeed, here the puppet is not in search of flesh and bones, but rather in search of its identity and its place in a world where obedience is the key word. This Pinocchio then develops in a universe smitten with the brutality of Mussolini’s fascist regime, and it is in this war-torn Italy that del Toro and Gustavson place their story to give us a story far more unique than previous adaptations.

In this feature film, Pinocchio is a surrogate child created by a heartbroken Geppetto after a severe loss. Thus, we find grief as the film’s central theme, yet balanced by the notion that it is death that makes each one’s existence most precious. Del Toro and co-writer Patrick McHale then build their story around existential issues, such as knowing what really defines human nature. As the film progresses, Pinocchio appears rebellious and brash, but deep down he discovers a willingness to stay true to himself rather than live up to other people’s expectations. 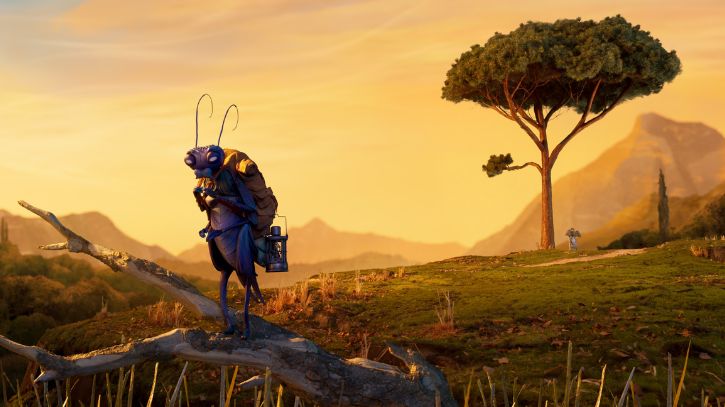 In its original version, this feature film benefits from impeccable acting. Ewan McGregor sounds especially good as Sebastian J. Cricket, especially since the film is also a musical and the actor’s vocal cords lend themselves perfectly to this exercise. The songs in the film are also very beautiful, but not unforgettable either. On the whole, Alexandre Desplat’s music is pleasant, but not transcendent.

In terms of production, we can only applaud the work of del Toro and Gustafson, who delivered here the most visually successful stop-motion adventure yet. The animation is beautiful and creative, pulling the viewer into a carefully constructed universe. Of course, there’s a slightly darker side to all of this, otherwise we’d doubt we’d actually be in a del Toro film, but that doesn’t make the film any less brilliant. 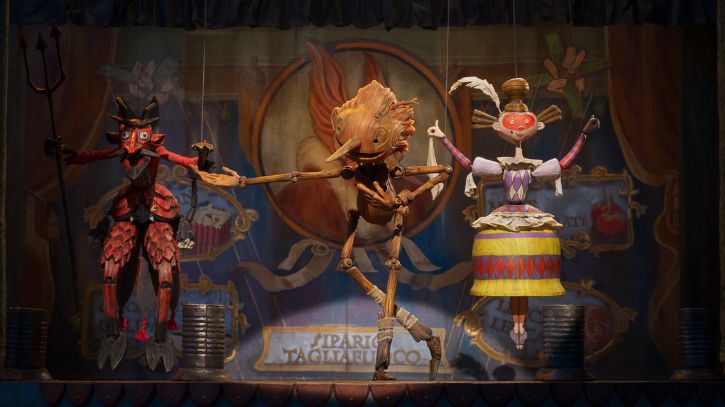 With this, Pinocchio del Toro and Gustafson give us a puppet tale of a puppet, and they do it brilliantly. However, the film struggles to convince from start to finish and its rhythm is complex. The final third shakes things up and picks up the story, but first you have to go through a few stretches that drag on. We would like the narrative to be more concise in places to give the film more excitement.

Those more accustomed to the Disney classic Pinocchio will be delighted to discover a new perspective on Collodi’s story in this feature film. Del Toro offers us here a unique film that, while not without flaws, is highly convincing and has the merit of not reworking the narrative seen and revisited without adding a touch of originality to it.

Where can I watch more Guillermo del Toro films?

Some of the Mexican director’s work is available on streaming, such as The Shape of Water, which won two Oscars in 2018 (Best Film and Best Director). del Toro’s work can be found on Salto. As for the series, you can dive into Guillermo del Toro’s Cabinet of Curiosities on Netflix.