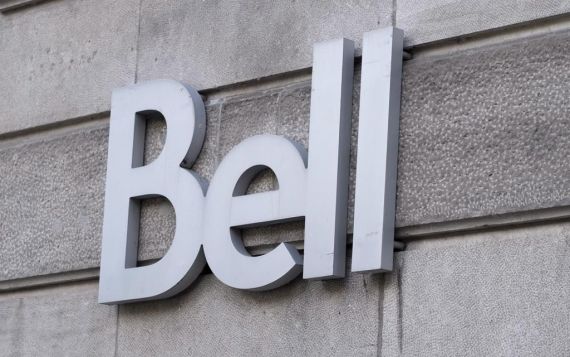 Bell says it has everything in place to allow various Internet service providers to connect as many Quebecers as possible to high speed Internet as quickly as possible. (Photo: The Canadian Press)

Communications giant Bell announced Thursday that it is ready to respond quickly to service providers who need access to telecommunications poles and other support structures.

Karine Moses, president of the Quebec management for Bell, said in a press release that the company has put everything in place to allow various Internet service providers to connect as many Quebecers as possible to high-speed Internet as quickly as possible in order to respond to demand expected in the coming months. This represents a huge project for Quebec, according to her.

The government of Quebec has indicated that it wants to speed up the connection of thousands of homes in regions to high speed internet.

However, last month, Quebecor asked for Premier François Legault to intervene in the dispute between it and Bell over the access of its Videotron subsidiary to its poles.

In October, in an open letter, the president and CEO of Quebecor, Pierre Karl Péladeau, questioned whether the government should reassess Bell’s participation in public network extension programs.

Bell says that over the past year, it has rolled out an action plan to simplify access to support infrastructure for telecommunications providers in order to bring high-speed Internet to populations in Quebec. not served.

Digital transformation of the business: a “tailor-made” tool

Digital transformation of the business: a “tailor-made” tool