The French technological news has been marked in recent weeks by Sorare. The French startup behind a game that allows players to exchange virtual soccer cards for large sums. The latter raised a record $ 580 million from investors, who valued the group at $ 4.3 billion.

After a recent valuation of $ 4.3 billion, the global fantasy football platform is enjoying enormous popularity. This coincides with an increase in blockchain-based sports games and fan engagement platforms.

Players in the game can speculate on how well soccer players perform and compete against others to win prizes, such as rare NFT collectibles or other crypto rewards.

Estimates suggest the industry could hit $ 48.6 billion by 2027. Additionally, the Sorare NFT game is backed by investments from international superstars like Antoine Griezmann and André Schürrle, with FC Barcelona legend and Spain’s Gerard Piqué as strategic advisor. .

Cutting edge blockchain technology may not be the first partnership we make with the sports industry. However, blockchain is already used by several global sports companies and leading athletes. 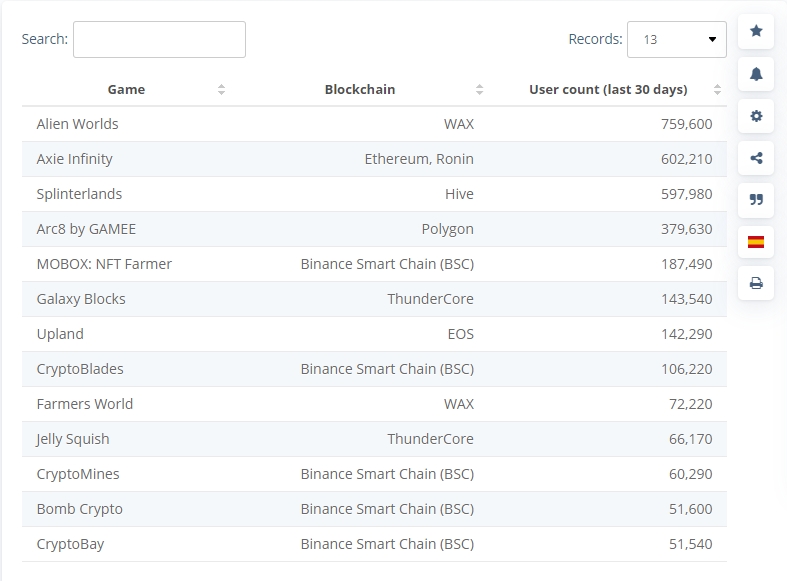 Also, it’s not just about cryptocurrency investments. More and more athletes choose to receive their salary in other cryptocurrencies.

Speaking of bitcoin, Maxim Manturov, head of investment research at Freedom Finance Europe, states that: “For example, the recent rally in bitcoin reflects the broader use of the currency as a hedge against inflation and the availability of ‘enormous liquidity in markets due to low rates and QE. The idea that bitcoin may offer better protection against inflation appears to be gaining traction as silver moves from gold to digital gold.

The influx of funds to BTC helped increase the token’s share of the overall cryptocurrency market to nearly 45%, from a low of 41% in mid-September, which is more likely to reflect institutional share; Furthermore, the recent launch of the Bitcoin ETF has also helped boost the asset. Also, be aware that bitcoin will face regulation, which could put pressure on it in the short term. “

Additionally, athletes’ personal, professional, and biometric data can be cryptographically protected, with immutable records available with shared and authorized access.

Traditional fantasy sports games generally allow players to choose their favorite players, choose a team each week, and earn points based on the actions of the chosen team. Additionally, many fantasy football games allow closed groups to play against each other.

However, Sorare uses non-fungible tokens (NFTs) to represent soccer players by symbolizing them on the blockchain in the form of digital trading cards. These crypto collectibles offer digitally verifiable ownership and can be traded at any time.

The Sorare SOR token is not a typical cryptocurrency. However, it is essential for the usefulness and interaction with the platform. The fungible cryptocurrencies that run on the Ethereum blockchain use the ERC-20 token standard.

This allows assets to be tradable and seamlessly integrate with Ethereum-compatible decentralized finance (DeFi) applications, including wallets, exchanges, and markets.

With more than 200 clubs backing Sorare’s non-fungible tokens (NFTs), users have a wide variety of cryptocurrencies to collect. With clubs like FC Barcelona, ​​Liverpool FC and AC Milan, Sorare users can see the available clubs and leagues covered by the platform, both current and historical.

The Sorare NFT platform market allows players to trade cards directly with each other. Additionally, players can strategize and select lineups based on the performance of their players.

Each week, participants can win prizes for demonstrating their skills. The dynamic reward system takes into account the number of games a club plays in a given game week.

The prize pool for each week of play is determined in part by the number of clubs affiliated with matches to play in a given period of time. This system means that the busiest and most competitive play weeks offer more rewards than the quieter weeks.

The Fed gives hope to cryptocurrencies

WordPress : 93 themes and plugins corrupted mettent in danger plus from 360 000 sites

Deux assureurs s’engagent in favor of the connected vehicle

Bitcoin, gold: why its price could rise in 2022

The Fed gives hope to cryptocurrencies

WordPress : 93 themes and plugins corrupted mettent in danger plus from 360 000 sites

Deux assureurs s’engagent in favor of the connected vehicle

Bitcoin, gold: why its price could rise in 2022