Behind this headline is a question that has driven me in digital for a long time: how do I use the tools at my disposal in my own way of creating? Ever since I studied design, I have always had an unusual relationship with a creative tool. When I was a student at the Beaux Arts (before enrolling in Decorative Arts in Paris), the simple fact of using charcoal for a project pushed me to explore the potential of this instrument in a classical and academic way, and then find my own. a way to do it, sometimes in an unusual or unusual way. It was the same with digital objects (like laser printers that I discreetly used in class to print on fabric, USB keyboards that I took apart to make musical instruments, etc.), or even while studying HTML code (I tinkered with web tools when it was more traditional to build storefront sites at the time). I also did the same with social media (for example, I waited until I had a real idea to use Instagram, setting myself the task of drawing one picture a day, for example …). Someone will say that this may be due to my passion for hacking, sabotage? 😉

In short, today I’m having fun with AI like everyone else, but creating fairly realistic “how to” images doesn’t really interest me. So I’ve been digging, testing, tweaking and wanted to show you 3 examples of how I’ve integrated the use of artificial intelligence into my work as a graphic designer. It won’t be “bling” or “impression” because I think I’ve crossed the threshold of admiration for these millions of generated images, one more aesthetic than the other. FYI, I’m using Midjourney because it’s by far the best tool for what I need to do :)

This is probably the application that helps me the most: creating pictograms with Midjourney is a different way of representing concepts. These days I often draw my icons myself (it’s faster) or use NounProject (which I pay a subscription for). With Midjourney, I’m able to create icon libraries related to the universe. Obviously, I redo them in Illustrator, in vector, correct the curves, transfer everything in black and white or in color. I also appreciate the opportunity to use Midjourney in its degraded version. Let me explain: Midjourney generates slightly blurry images with less detail before getting a super-detailed and realistic image. It’s perfect for me and for this pictogram work. Here are some revised examples: 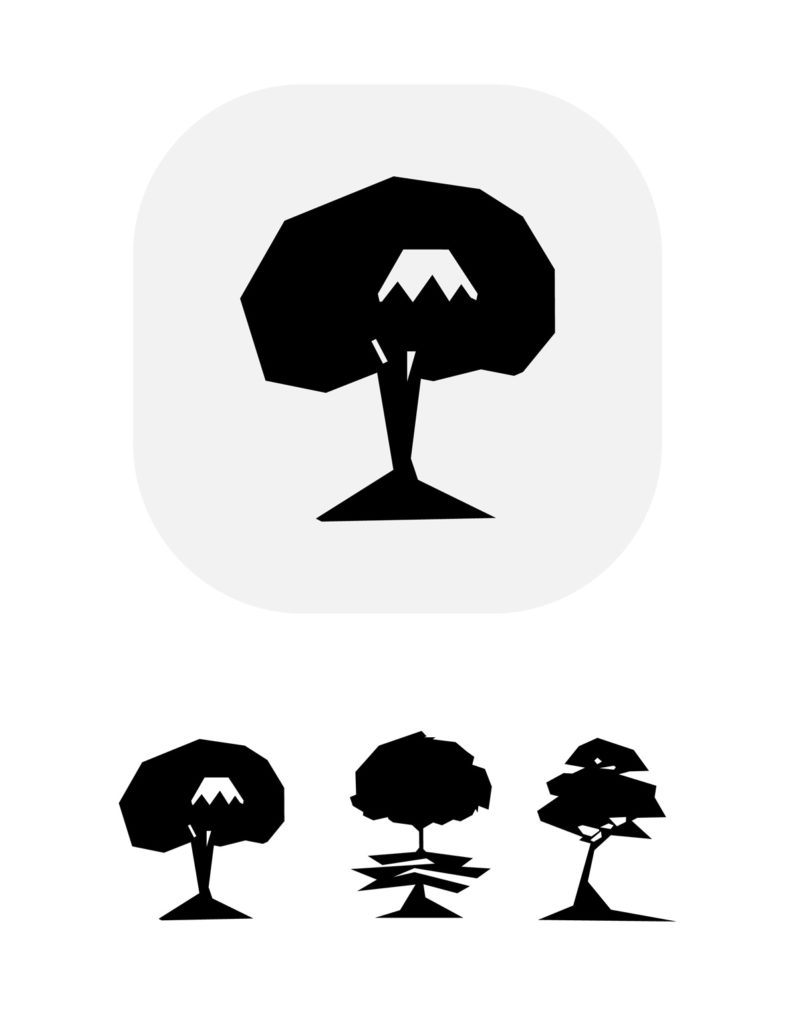 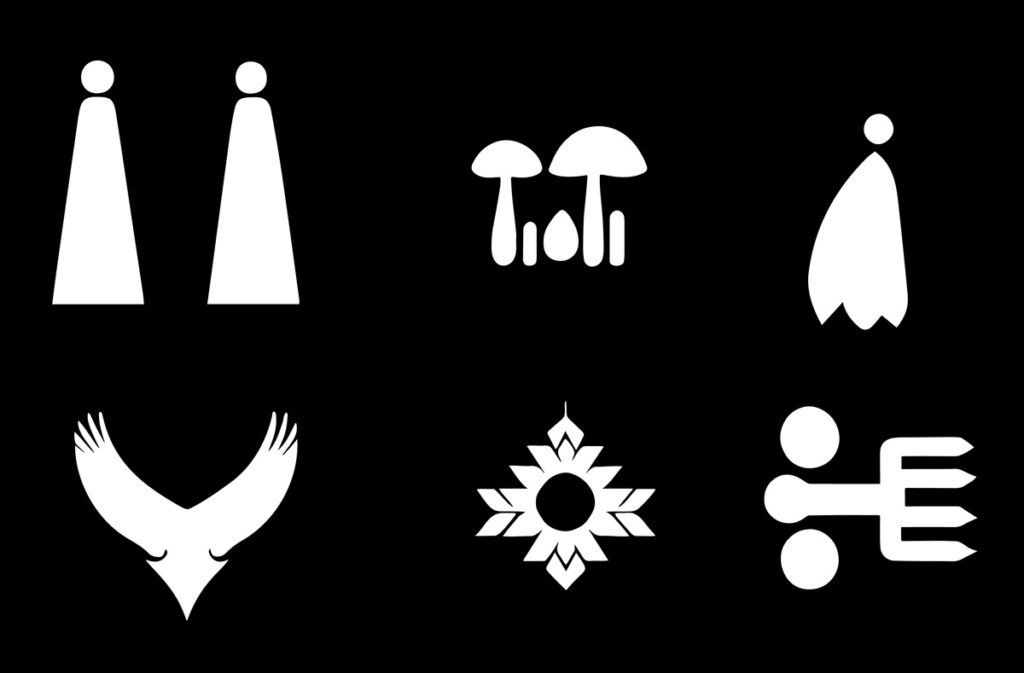 For some clients I create posters, banners and other visual communication tools. And sometimes I have to make photomontages or shots that I then edit in Photoshop. Midjourney makes it easier for me to create these visuals, and even if I don’t like the look of them at first glance, I obviously redo them. Again, I’m not trying to give a client a finished AI image, as I believe these images have the smell of machine brains… you know what illustrated-sci-fi-over-detailed-with-a-slightly-awkward-atmosphere that’s inevitable becomes a cliché and baroque caricature of AI-generated images. So below are the visuals made for the Pirate Party I’m working with. Visuals for which I created a graphical basis using AI, which I apparently touched up in Photoshop and reworked. 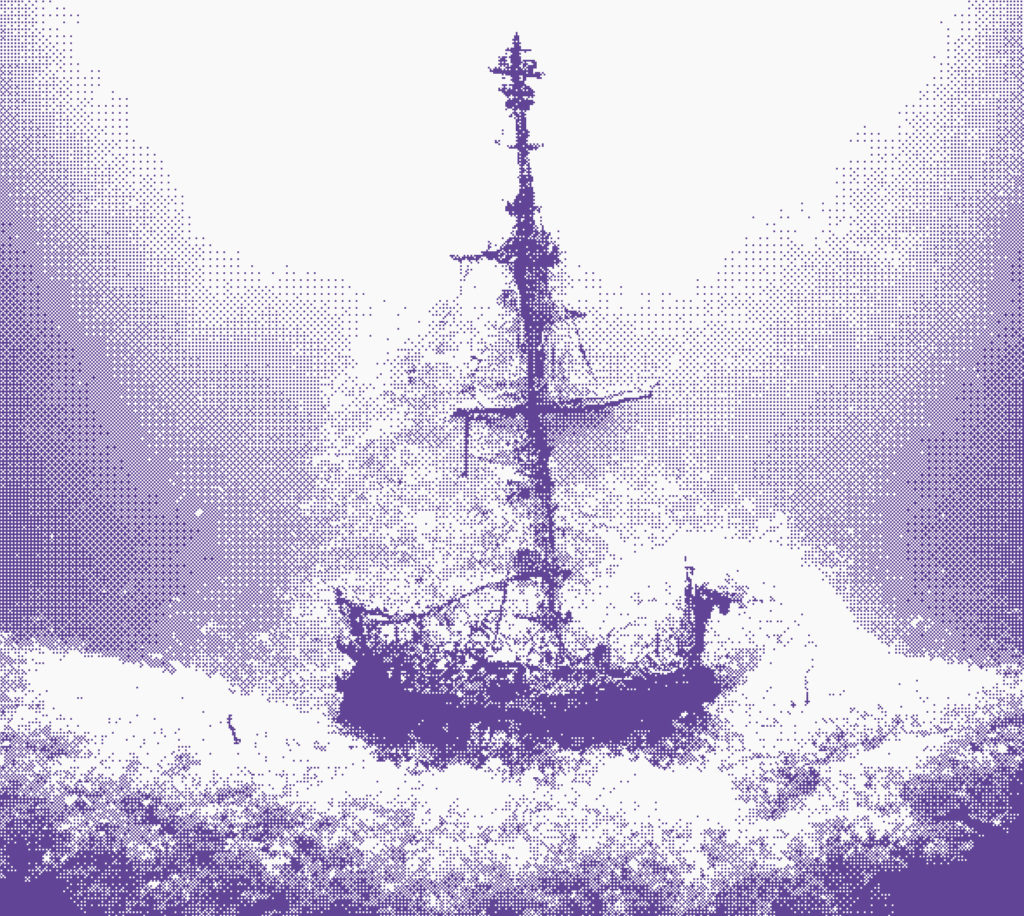 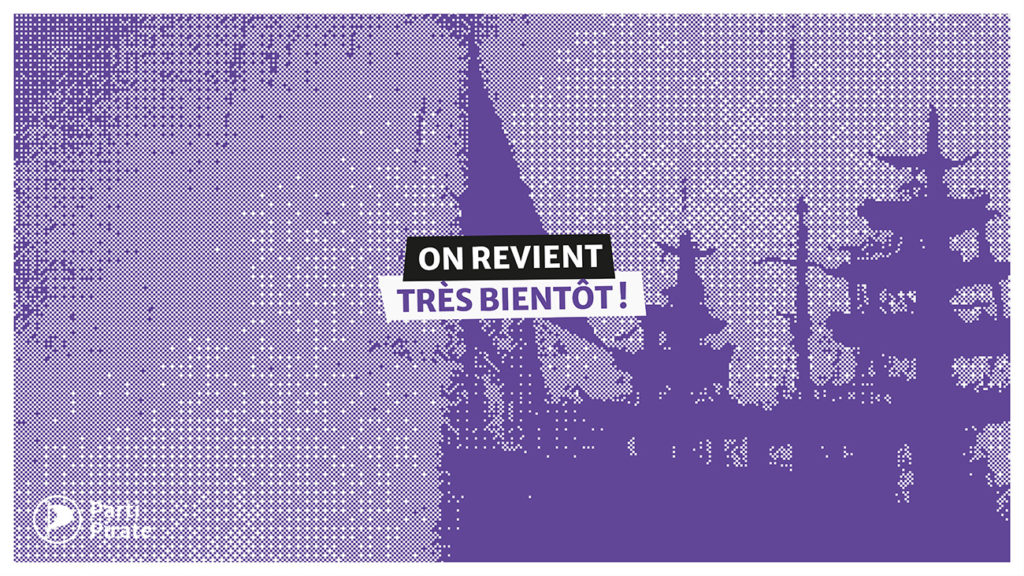 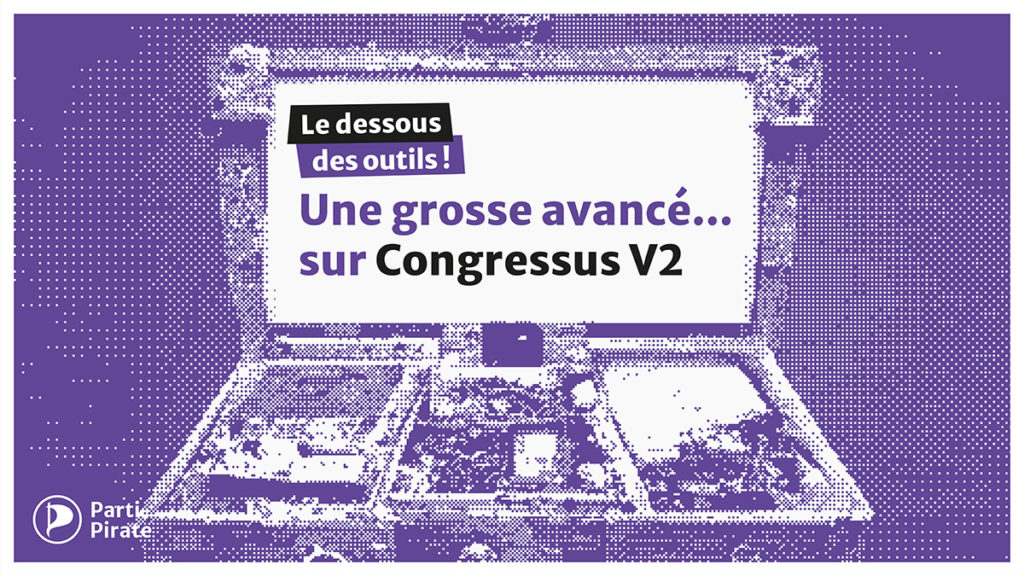 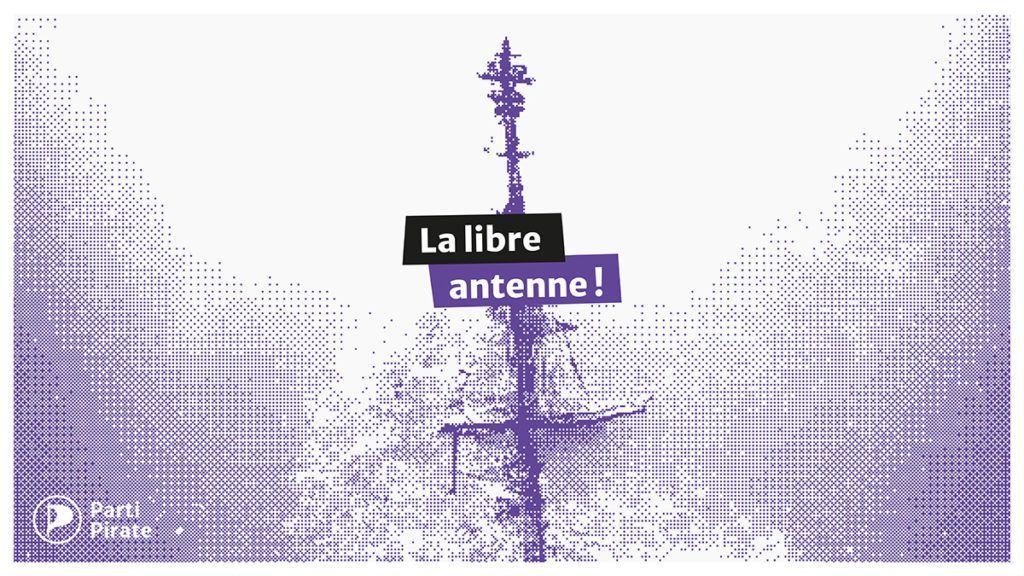 3. Create an image of a suitcase.

You must know the words portmanteau. These are words that are formed by fusing at least two existing words to create a third one such as cuichette, alicament, motel, infox, franglais, etc. Well, I have been applying this principle to my poster images for years, which I publish. in particular on https://Jannonce.fr. For example, I recreated the total logo to give it the shape of an airplane, I made this poster of a hockey player in front of the CRS trap (play Hockey on Nass), I created this Legion of Shame, etc.

These posters are not created by artificial intelligence, because I am too attentive to details and like to do things myself. However, I like to use the lack of intelligence… artificial intelligence to know how it interprets the subject. Just yesterday I asked him to draw me a Molotov cocktail. Well, since she’s a bit silly (#team1erDegre), she drew me a picture of a cocktail with flames on it. I liked it because I interpret this form of glass as a cliché of bourgeois objects, while the Molotov cocktail is precisely designed to destroy the bourgeoisie and the symbols of domination and capitalism. In short, from the interpretation of AI, you can find a graphic thread to make a poster out of it, like this, allowing yourself to be surprised! Here is an example image of a suitcase whose base was created with Midjourney and for which I took on the conceptual goal, but with my graphic universe. 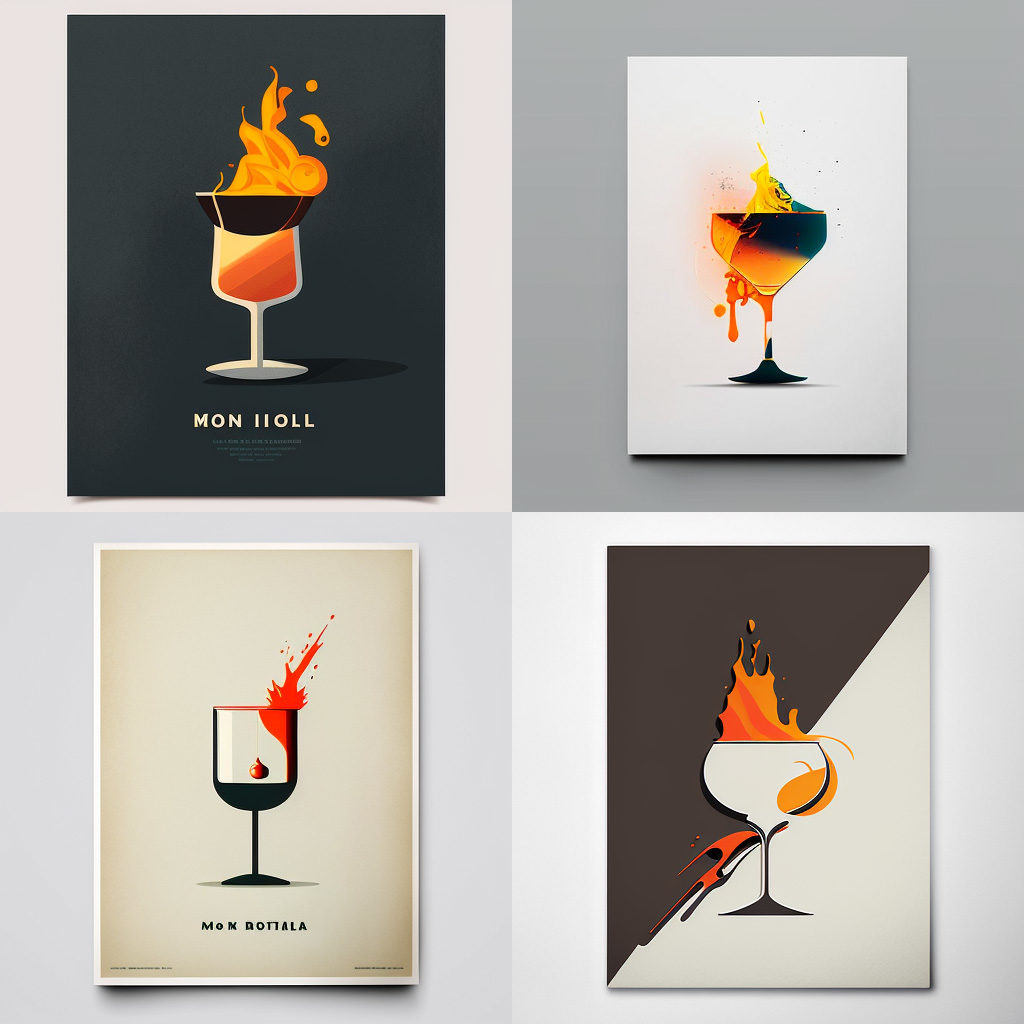 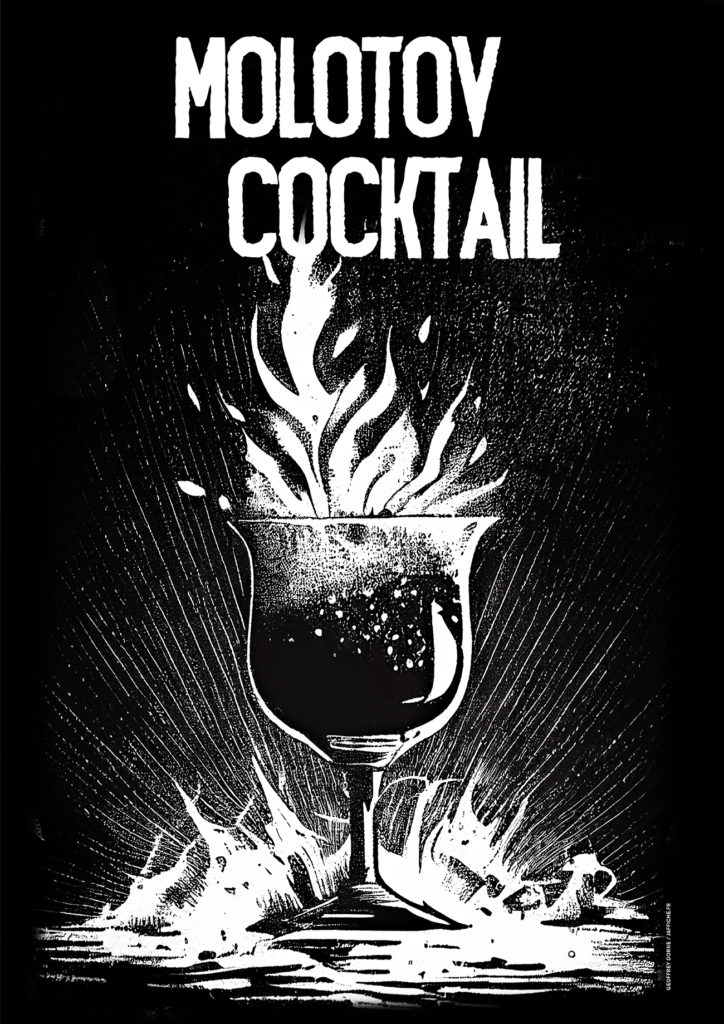 Conclusion: what does not work yet (for me)

In conclusion, artificial intelligence (or rather Midjourney) is just an amazing additional creative tool for me that I am learning to use. It does not replace my work with ideas, grievances, political messages, as well as my work on typographic composition, micro and macro typography, logo design (form/counterform, concept, typo selection depending on its history, its context, etc.). etc.), nor the relationship I can have with the client about his problems, his desires, his projects, his vision. On the contrary, I introduce the tool to the people I work with, just as I spent years explaining what tools I work with, such as inDesign, code, Illustrator, etc. It is important to me that the people I work with know the tools I work with. Finally, AI is not yet very useful for me in terms of interface design when I create websites or applications, since these tools have no concept of ergonomics or originality. I’ve tried this before and ended up with dribbble-inspired layouts that are full of gaudiness.

My next research will focus on areas that have hitherto been difficult to access due to the lack of technology, such as illustrating small children’s books and designing objects to model them (in 3D) or prototype them (in wood). ).