The automotive industry is undergoing a profound transformation and at an astonishing rate. Stellantis no longer depends solely on hardware to secure its future, but on software. Software and related services are now the challenges of the next few years for automotive suppliers.

Interior of the Peugeot e-Legend Concept

Whether you agree with Elon Musk or not, the one thing all automakers look up to (in secret) is the ability of Tesla cars to perform software updates (OTA, over the air). Tesla doesn’t just ship them to update maps and apps. The US manufacturer can thus directly carry out security updates and offer new functions to its customers without having to go to a concession.

Following in his footsteps, the automotive industry is changing profoundly and with surprising speed. The electric car is not just a car whose motorization is changing, it is the product at the center of a global strategy that aims to modify the car as we know it until now.

By leveraging artificial intelligence and connectivity, manufacturers are making software the next critical revenue stream in their market.

Tesla, pioneer of the subscription

If you’re up to date with Tesla news, you’ve certainly followed the launch of the subscription for your “Full Self-Driving” (FSD) device. More specifically, the autopilot is available as a subscription in the United States, rather than the total purchase billed for 7,500 euros in France.

For $ 200 per month, therefore, you have access to autopilot navigation, automatic lane change, car parking, intelligent automatic exit, and recognition-reaction to traffic lights and stop signs. Autonomous driving in the city will also be available soon. Also, this is not the only subscription that Tesla charges its users.

Although OTA updates are free, 4G LTE connectivity is billed at 10 euros / month. It is not required, but offers comfort for infotainment.

It should also be noted that OTA updates could save automakers billions of euros in maintenance and monitoring. Tesla was able to avoid making thousands of withdrawals by making remote arrangements multiple times. 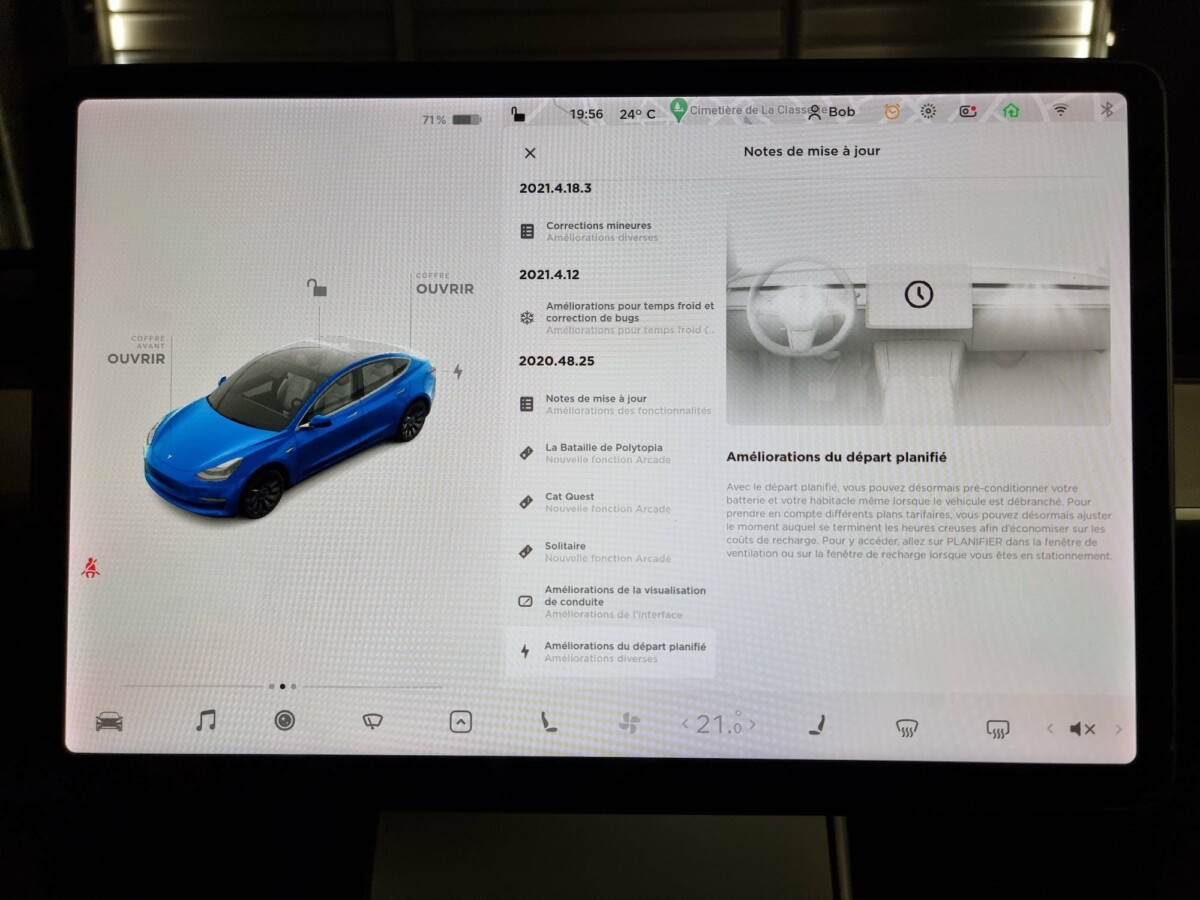 In May 2018, Consumer Reports, the American consumer association, was particularly alarmed by the Tesla Model 3’s lack of braking during a test campaign. Elon Musk later announced that the issue would be resolved remotely, via an OTA update.

Stellantis expects to earn € 20 billion a year from software

Stellantis, the conglomerate that brings together DS, Citroën, Opel, Peugeot, Fiat, Alfa Romeo and even Chrysler, has just announced its goal of generating € 20 billion of revenue per year through subscriptions and software updates.

Carlos Tavares, general director of the group, took advantage of this speech to make several specific announcements in order to achieve this objective. First of all, of the 34 million monetizable connected cars expected by 2030, most of them should be able to be updated via OTA by 2024. This means, as Tesla does, that updates will be rolled out directly to the car, without have to. go to a service center. In a way, like on your smartphone or your game console.

Second, artificial intelligence, the engine of advanced autopilot functions, will be at the center of this strategy. Stellantis plans to launch new large-scale AI-powered technology platforms (STLA Brain, STLA SmartCockpit, and STLA AutoDrive) starting in 2024.

In this context, these subscriptions are not just limited to autopilot. They also refer to performance, but also to multimedia … In short, the whole experience that affects the user experience in some way.

In addition, Stellantis will have the support of strategic partners such as BMW and Waymo, but also by hiring 4,500 software engineers by 2024. Finally, the international group has reached an agreement with Foxconn to design four new chip families that will cover more 80% of semiconductor requirements.

In total, Stellantis plans an investment of more than 30,000 million euros until 2025 to achieve the transformation of the software and the electrification of its catalog.

To follow us, we invite you to download our application for Android and iOS. You will be able to read our articles, archives and watch our latest YouTube videos.