In an article published in The Conversation, Derek Ward-Thompson, professor of astrophysics at Central Lancashire University, explains the process that allowed scientists to photograph Sagittarius A*, the black hole at the center of our galaxy.

First, let’s put things in context. The scientist explains to us that black holes were originally studied as mathematical consequences of Einstein’s general theory of relativity. For many years they existed only in theory, as a result of the gravitational collapse that caused the formation of the galaxy. 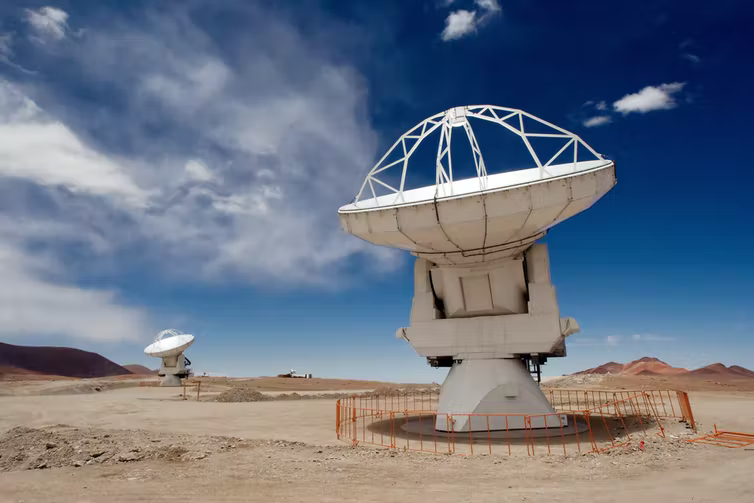 One of the telescopes of the Event Horizon network. Credit: wikipediaSS BY-SA

If until now most physicists were convinced that our galaxy revolves around a supermassive black hole, then no concrete evidence allowed for a network of hearts.

What is radio astronomy?

Derek Ward-Thompson is part of a team of over 300 scientists who have unveiled the first image of what lies at the heart of our galaxy, and it’s not only a supermassive black hole, but in perfect harmony with it. Einstein’s predictions. Located approximately 26,000 light years from our planet, Sagittarius A* poses no threat to Earth. Its apparent size in our night sky is equivalent to the size of a donut on the Moon.

To observe it, the researchers used something called radio astronomy. They used a network of radio telescopes scattered around the world, which together form a huge virtual telescope with a diameter of 10,000 km. It is thanks to this worldwide collaboration that this amazing image was captured. 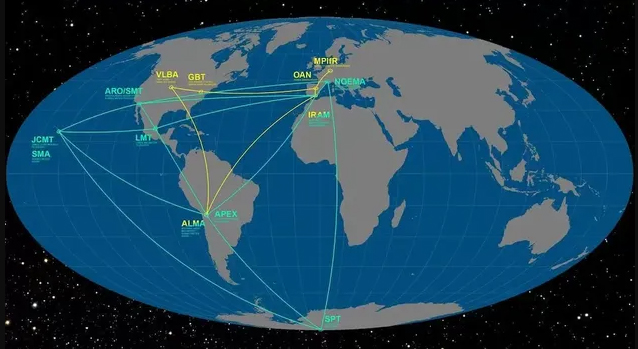 However, you should know that this is not, strictly speaking, a photograph. To fully understand what is at stake, you must already understand what a radio telescope is. This type of device does not observe by placing the eye in the eyepiece, and does not take photographs with CCD cameras or CMOS sensors of traditional cameras, as amateur astronomers and astrophotographers do.

Radio telescopes make it possible to obtain images of celestial bodies (this term is more appropriate) by capturing the radio waves emitted by them. In the case of interest to us, the researchers observed the black hole using very long baseline interferometry (VLBI), that is, by accumulating radio signals picked up by 8 telescopes. Simply put, by observing from 8 different locations, we can more accurately reproduce the observed object by analyzing the differences between the received signals (the results of interference that change signals as they travel to telescopes). This results in a sharper image.

The principle of interferometry is being used in other areas as well, such as in 2015 to prove the existence of gravitational waves.

In reality, observing a black hole is impossible because, by definition, gravity is so important that even light cannot escape. Therefore, it is invisible, but we can observe the deformation of its environment, forming a glowing ring called an accretion disk, the yellow-orange part of the image.

To arrive at this result, scientists observed the black hole for many hours over several nights. These multiple observations are analogous to the use of particularly slow shutter speeds in classical photography. The goal is to collect as much data as possible in order to process and format it. This last process, by the way, took some time as the scientists could not meet physically due to COVID-19.

What surprised the authors of this image the most was its resemblance to M87*, the first black hole photographed by this team 3 years ago. The similarity, which is explained by the fact that if M87 * is 1000 times larger than Sagittarius A *, then the latter is 100 times closer. 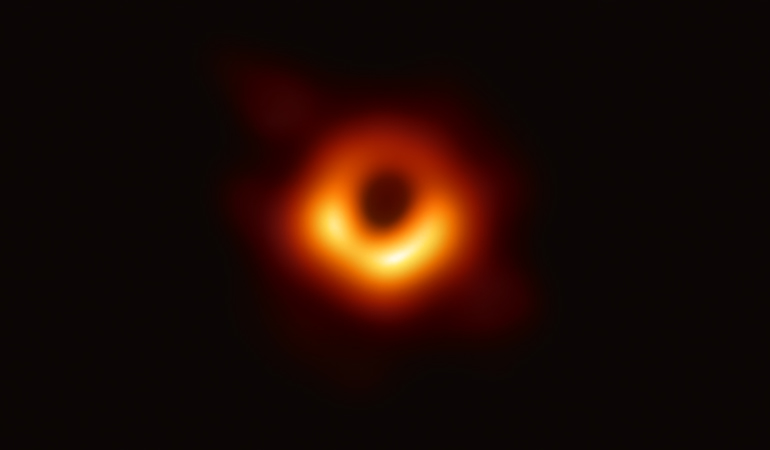 The black hole at the center of the M87 galaxy, more than 50 million light-years away. Photo: ESO.

Both confirm Einstein’s general theory of relativity, showing that the scientist was right about a factor of 1000 on the size scale. This further reinforces Einstein’s theory, which has remained relevant for over a century.

Scholars are preparing many more articles about this photo of Sagittarius A* because we are far from retiring all the knowledge this historical image has to offer us to Humanity.