The article was updated on 07/25/2022. We’ve added a lot of new tips, especially for the brave ones who want to try their hand at shooting stars, and we’ve recommended some useful accessories. We have also restructured and updated the information in this guide.

The space is large but complete. The path of our planet around the Sun is filled with dust, space pebbles and other space debris, in which our world is constantly immersed. The result of all these micro-collisions, people can observe when tiny meteoroids turn into “shooting stars” or larger fireballs. Periodically, the Earth passes through a particularly dense and well-known debris field to give us one of the many meteor showers that occur each year.

For example, the most famous and often impressive meteor shower of the year, the Perseids, which peak in August, are actually small pieces of comet Swift-Tuttle. This comet arrives from the far reaches of the solar system about once every 130 years, revolves around the sun, losing all its contents, and returns to where it came from. Its last appearance in our area dates back to the 1990s. Each year in August, the Earth crosses in its orbit a cloud of dust created by comet Swift-Tuttle, thus forming our Perseid meteor shower. 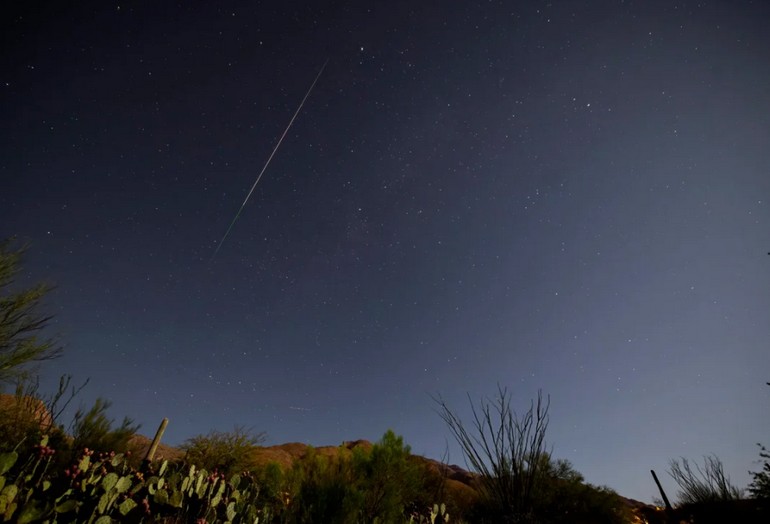 Calendar of the best meteor showers of the year

There are over 900 meteor showers every year, but only a few intense episodes provide a truly interesting viewing experience. People in the northern hemisphere tend to enjoy the best view due to where meteors arrive on Earth. The southern hemisphere does not see the same showers. In the north, the main annual rains and peak activity to watch for them are:

Watching a meteor shower usually requires getting up quite early and/or going to bed late, and sometimes a bit of chill at night. But this does not require special knowledge. 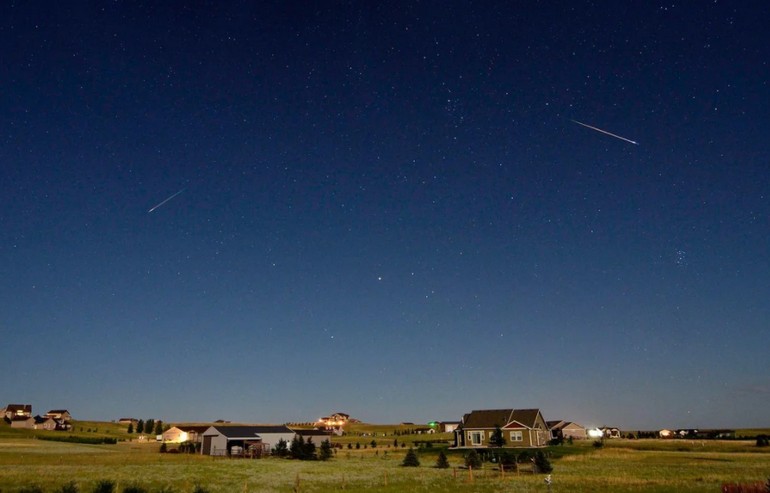 Every night meteors can be seen somewhere on Earth, but unless there is heavy rain at or near the peak, you need to be very patient and a little lucky to see one. The peak of a meteor shower is the peak of meteor activity when our planet passes through the densest part of a particular debris stream. 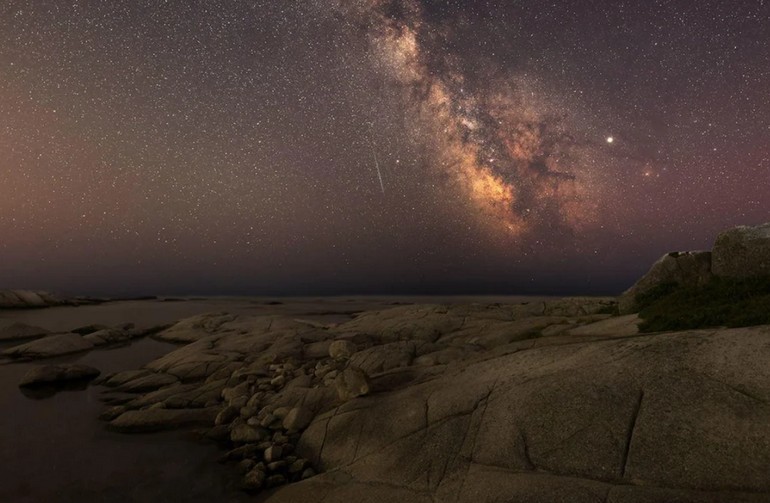 To bet your chances of seeing as many shooting stars as possible, you need a clear and wide view of the sky, see towards the end of the night, before dawn, with the least possible light pollution. Lie on your back on a blanket, wait for your eyes to adjust to the darkness, and watch (don’t use your phone). Give yourself at least 20 minutes. An hour is preferred. It is so simple. 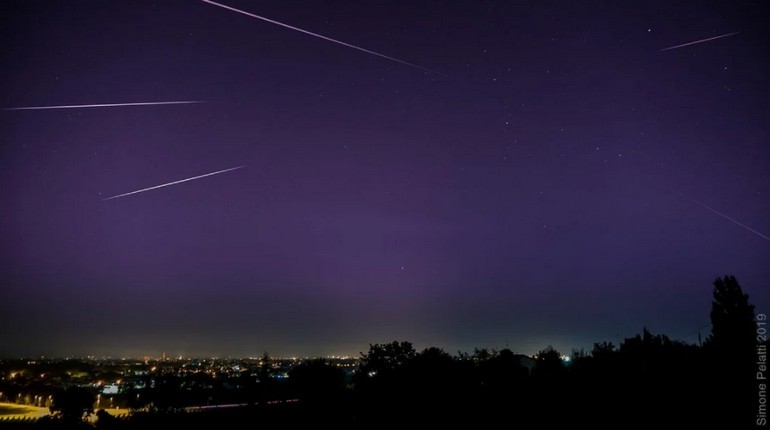 If you want to play more edgy, you can try directing your gaze to the constellation that the meteor shower you’re seeing is named after. Most take their last name from the constellation in the part of the sky they appear to be coming from. Draconids, for example, spawn somewhere in Draco’s direction and can expand in different directions from that point. The same for the Perseids with the constellation Perseus.

SkySafari is a mobile astronomy app that allows you to observe the stars, follow comets and always learn more about constellations, planets and the solar system.

If you see one or more shooting stars within an hour, you can count it as a success. If you see more than that, it’s a very good night. That is why the most active showers, such as the Perseids, where you can count up to a hundred meteors per hour, are so popular with experienced astronomers.

Take a photo of a shooting star

To go even further, you can try photographing shooting stars. In fact, the task is quite simple, at least if you know the method. All you need is a smartphone or camera (ideally) and a tripod. Place your camera on it and choose a good object located (if possible) in the direction of the star shower. Then take a picture with a slow shutter speed, that is, for a few seconds.

To do this, put your camera in shutter priority mode or manual mode (often referred to as pro mode on smartphones) and set your shutter speed to a few seconds. To determine the correct duration, you need to observe the moment when the rotation of the Earth turns the stars into lines in your frames. Adjust the instrument so that the stars remain dots. In general, you will have about ten seconds of exposure. Don’t forget to set your ISO low, stop down a bit, and focus on the moon or a very bright star. 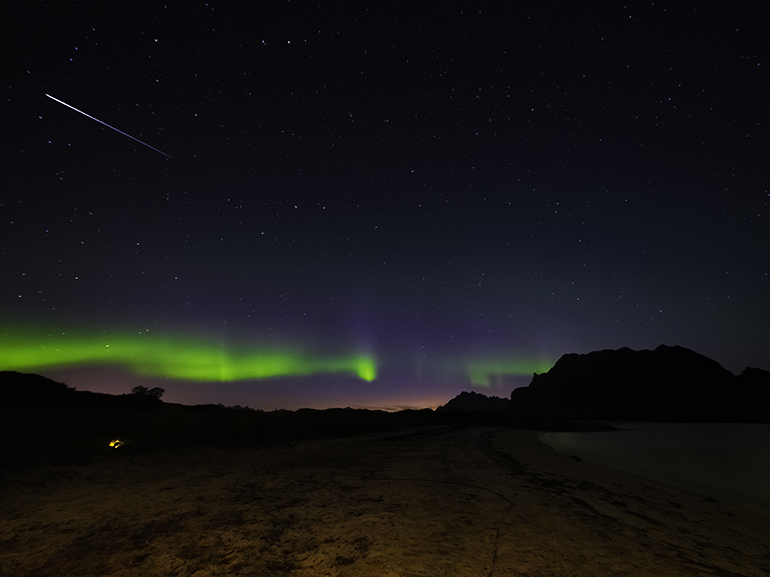 Thanks to this trick, you can even capture several shooting stars at once. Indeed, the device will capture light longer and capture every star that passes in front of its lens. In addition, it will capture the faintest of them and be able to reveal many stars invisible to the naked eye for breathtaking photographs.

From rain to storm

On very rare occasions, we pass through a particularly dense pocket of dust, and the result is a magnificent meteor blizzard called a “meteor explosion.” During some of these events, lucky observers have reported seeing hundreds or even thousands of shooting stars per hour. Perhaps the best known are the November Leonids, which flare up roughly every 33 years, with the last occurring in 1999.