The price of Bitcoin is experiencing a small spike in sell-side activity, leading to a pullback after nearly a week of bullishness that began on July 13th. Now BTC has approached a level that will decide its fate and, perhaps, the direction of altcoins.

While the technical data paints a picture of a close for the markets, one can guess if this is an expectation of the interest rate hike that is expected to take place on July 27th. This behavior makes sense given previous rate hikes. in general, the cryptocurrency markets collapsed.

Therefore, investors should be very attentive to the reaction of the markets on July 27th.

Bitcoin Price at a Tipping Point

On July 22, the price of bitcoin formed a daily candle near the 200-week SMA. This development of events indicates the weakness of buyers. Since then, BTC has fallen 4% and is currently hovering around $21,943.

Regardless of this decline, the bulls have another chance to recover due to the presence of the 30-day exponential moving average (EMA) at $22,010 and above the 100 simple moving average (SMA) over a four-hour period at $21,562.

As the Fed raises interest rates another 75 basis points, investors can expect volatility. Expect a short-term rise to $21,710, but a quick recovery should be indicative of bullish sentiment.

A rebound from the aforementioned level could trigger a rise to the $25,000 level after a 15% uptick. This level is more likely to form a local top than the current level of $24,276. 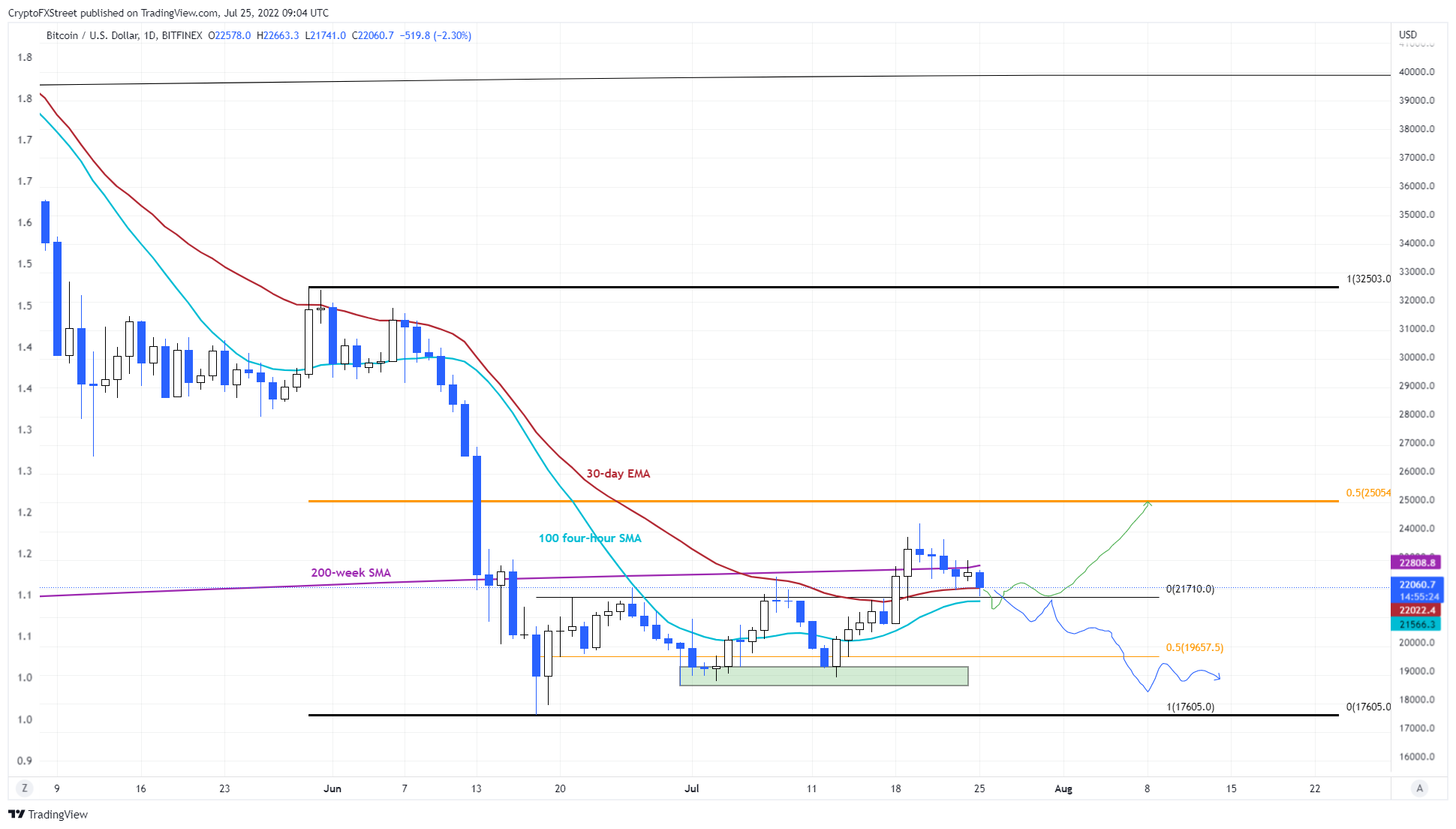