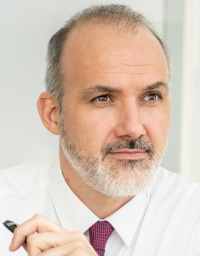 Six years after the split into two separate entities of HP Inc and HPE, Arnaud Lépinois took over the management of HP France last November, in a disrupted health and economic context. This “serial entrepreneur”, who previously headed the French branch of Computacenter, intends to breathe new life into the group, whose activities around the PC were boosted during the crisis, and which is also pushing for a review of its historical economic model, in further merging its commercial and consumer offers. And it is on the part of 3D printing, a segment of HP’s print activity, that this strategic shift is starting to materialize.

Arnaud Lépinois takes advantage of this recovered autonomy of HP Inc to “look at what works and what works less well” and give back to the group “the means to innovate, to reinvest and to develop”, indicates the president and general manager France to .

To succeed in its transformation, HP relies on innovation in disruptive technologies and agility. Over the past year, “we have seen a number of trends accelerate. In the hybrid use of work at the office and at home, the segmentation between our two large families, which were historically called the “commercial” and the “consumer”, is less and less real today “, notes Arnaud Lépinois. The company, “very based on innovation, R & D and the ability to manufacture products”, must move more to subscription models and a “perspective of uses”, he says.

HP wants to become an industrialist in 3D printing

Among the first technologies affected by these changes, 3D printing comes first. HP fully intends to become a full-fledged industrialist in this field, by forging global partnerships. “It is no longer simply a question of offering printers, but of participating in the development of finished products by taking part in industrial processes”, underlines Arnaud Lépinois.

Despite a presence still in the background in the industrial landscape, additive manufacturing can count on two industrial strengths, according to Arnaud Lépinois, the personalization of objects and its ability to produce locally. “When in a batch I have to manufacture 100 parts, on a standard industrial line I will work the same part 100 times. In a 3D batch, I can manufacture 100 personalized parts ”, illustrates the CEO.

While technology still suffers from the narrowness of its ecosystem, it is precisely this mission that HP gives itself. “To make 3D, you need people who think 3D, who design 3D, who manufacture 3D and who also do 3D post-production,” says Arnaud Lépinois. “HP will continue to sell printing models for certain customers who will want to use these means of production, for office services which provide expertise for end customers, but also to take the lead and become an industrialist, and design a ecosystem with our partners to no longer manufacture machines, but to deliver finished products to industry, ”he explains.

The production support tools can relate to a large family of products, starting with the manufacture of 3D molds for packaging. HP is also mobilizing its strengths in the mobility sectors. The company wants to take the lead in the manufacture of spare parts for the automobile in particular. The company focuses on the niche of “wear parts, difficult and expensive to manufacture”. For manufacturers, 3D printing is the promise of reducing stocks while being able to manufacture spare parts on demand. Arnaud Lépinois notes that these pieces “must be integrated into an industrial process”. Also, the company worked on orchestration platforms to put 3D in extended industrial workflows. HP recently announced a partnership with Ford to recycle the powder used during printing.

In the medical field, 3D is a source of many opportunities, says the CEO. A few months ago, HP announced a partnership with the company XFeet, which specializes in 3D printing orthopedic insoles around its Multi Jet Fusion 5200 technology.

Finally, the consumer goods segment is the last strategic sector targeted by HP. Here again, the product ranges are wide since they cover the soles of sports shoes, mascara brushes or even glasses, and take advantage of the advantages of personalization. A recent example concerns the Lexilens smart glasses project, developed by the start-up Abeye and marketed by Atol, to which HP is providing industrial support to have the frames manufactured using 3D technology.

If the fields of possibility open up for consumer goods, Arnaud Lépinois admits that “the impact on the price still exists” compared to traditional manufacturing. Even if, according to the director, “it is reduced and compensated for with other advantages, in terms of autonomy, sovereignty and ecology”. In addition to these issues, there is also research on the materials used and their properties (rigidity, flexibility, recyclability, etc.), which are likely to become more heterogeneous than in the past in order to respond to these new use cases.