Among PC manufacturers, Huawei is one of those that has offered models of the same name over the years. This is the case with Huawei’s Matebook range, which has several letters and numbers to differentiate the size of the screen and the sub-range. In addition to the Matebook 13, 14 and 15, there are also “D” versions and X or X Pro versions. Apparently, this is the first time an S has been added to the number.

The Huawei Matebook 14s is a variation on the classic Matebook 14, however, with a few differences, in particular a more muscular setup with the presence of an Intel Core i7-11370H processor. It also offers a 2.5k screen and other changes that differentiate it from other Huawei models. Let’s go to its discovery in detail.

At first glance, we are looking at a very classic Matebook with its usual adapter. However, on closer inspection, we note that it provides 90W power instead of the usual 65, suggesting that Huawei wanted to put an effort on charging speed.

The bottom of the device is more classic with its holes for the speakers and the long vent line that lets the fans pop out if you look closely at it from a certain angle. 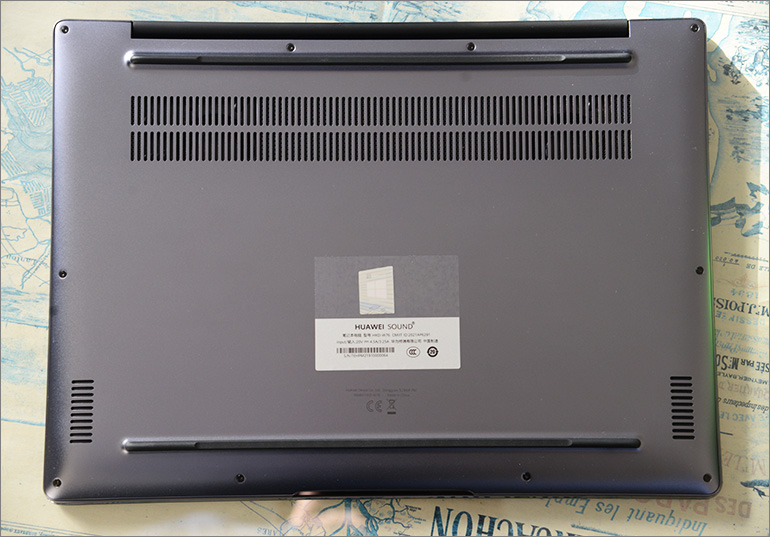 On the left side, it offers one more USB-C port than the classic Matebook, they will be used to charge the device, and they also support DisplayPort. There is also an HDMI socket and a headphone + micro minijack socket. 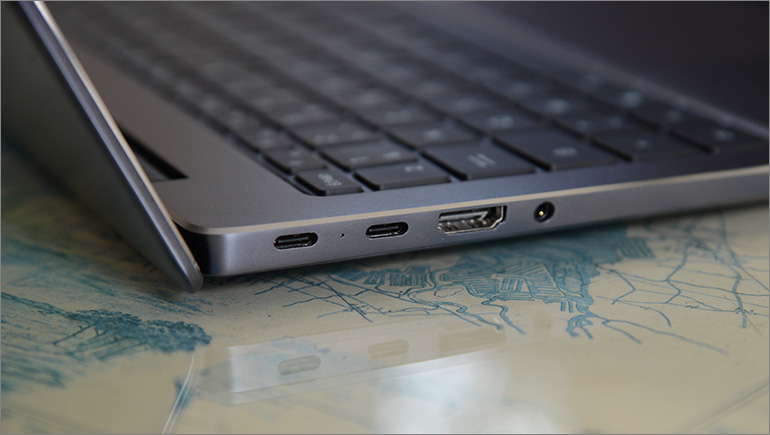 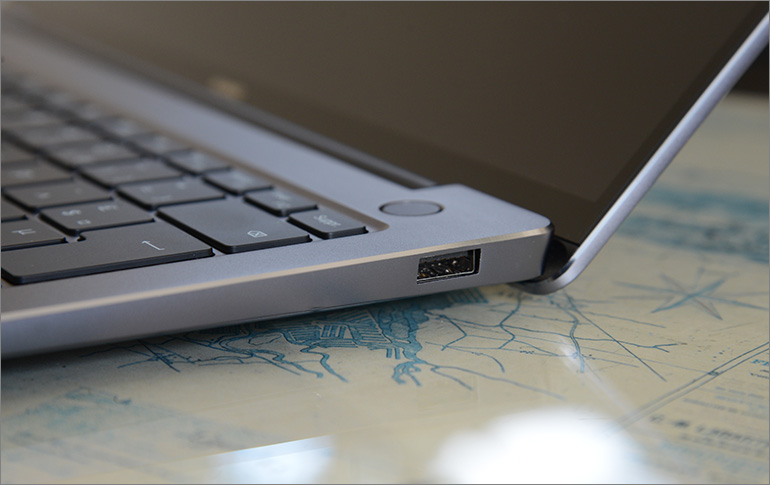 The keyboard, always backlit, also evolved slightly with the disappearance of the secret key that raised a webcam, replaced by a shortcut key that activated voice dictation. In the upper right we keep the power button that also acts as a fingerprint reader for a very fast start and exit from standby mode. 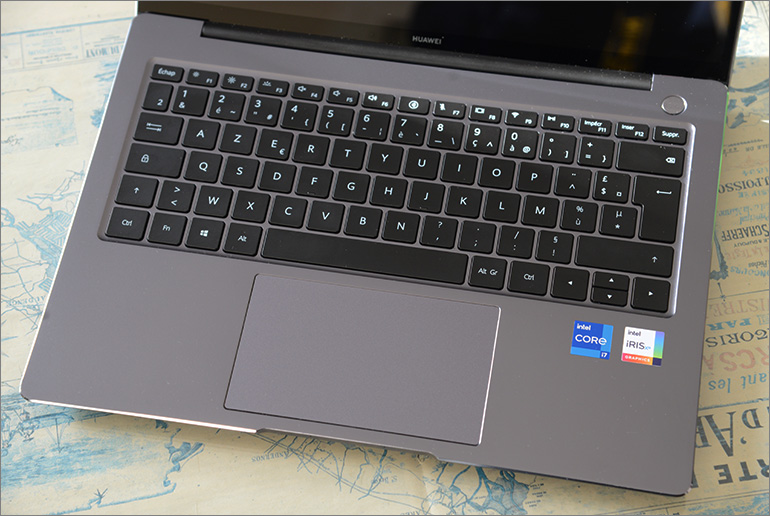 The hidden under-a-key webcam had the advantage of being physically hidden when not in use, but provided a particular viewing angle that was the subject of criticism. Here it is placed more traditionally at the top of the screen. We regret that a cache was not integrated to disable it.

The model we received in testing still worked with Windows 10, but the PC is of course compatible with Windows 11 and we were quick to update it to the latest Microsoft operating system with which it shows full compatibility.

The screen is tactile, bright, and prone to glare, but the 400 nit brightness, 100 more than the classic Matebook, helps offset this effect somewhat. With its thin edges and a reasonable weight of around 1.4 kg, the design is quite nice and suitable for mobile use. 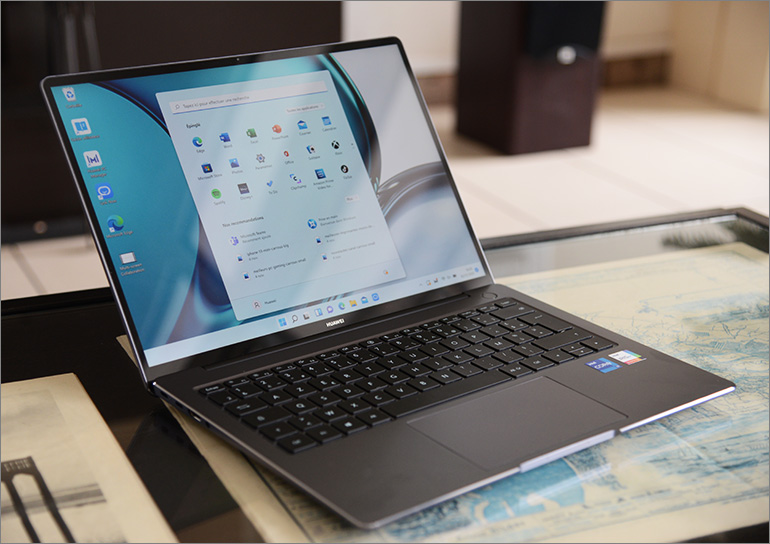 It remains to be seen what the performance and autonomy tests that we still have to perform will give. This article will be updated with our findings shortly.