Johany Perez, stretcher bearer, 30, of whom 14 have already worked at the Caracas University Clinical Hospital, receives a monthly salary of $ 2.2. This is the reality of hospitals in Venezuela, hit by an unprecedented economic crisis and which has seen the purchasing power of employees shrink with hyper-inflation.

“We have a hunger wage. It is called minimum wage but it is less than minimum: we cannot eat with this salary”, affirms Johany, who nevertheless continues to work and announces loud and clear: “I ‘ love my hospital “.

With this salary “we are getting nowhere, not even coming to work”, explains Matilde Lozada, 54-year-old nurse, 24 years of service. Those few dollars only pay three round trips …

Doctors, nurses, orderlies, housekeepers … All however continue to work, refusing to “leave the boat” adrift, she said.

The salary of a senior civil servant in the administration does not exceed 10 dollars and the spectacular increase of almost 300% of all salaries decreed in May by President Nicolas Maduro has not changed much. Employees paid in bolivares, the completely depreciated local currency, are suffering as the dollar is now used for most transactions.

The minimum wage of $ 2.2 is not enough to even buy a kilogram of beef. The private sector has also completely detached itself from the public benchmark, and salaries at the lowest level are more like $ 50.

A nurse takes a break in a room at the Caracas University Hospital on June 3, 2021 in Venezuela (AFP – Pedro MATTEY)

The 3.3 million people working in the public service therefore receive ridiculous emoluments and many live thanks to illegal activities or a second job. The working population is around 14 million people for a total population of around 30 million.

“We come by vocation”, explains on condition of anonymity a nurse who survives thanks to home care, billed between 10 and 15 dollars per visit.

Another nurse says she works seven days a week, five in the public hospital on weekdays, and weekends in a private clinic.

A caregiver in a protective suit carries bags of medical waste to the Caracas University Hospital on June 3, 2021 in Venezuela (AFP – Pedro MATTEY)

Another sells shares of pies and cakes bought whole to a neighbor in order to support herself.

The hospital of the Central University of Venezuela (UCV), an architectural jewel registered in the heritage of Unesco, is deteriorating visibly. Dirty and cracked walls, floors in poor condition, out of service elevators …

Only two of the eight surgical departments are functioning.

The government invokes the international sanctions imposed since 2019 in particular by the United States to try to oust President Maduro from power, but the country has just gone through eight years of economic recession.

A cancer survivor died of a urinary tract infection from lack of antibiotics.

Care services are poor, lacking everything: gloves, threads for stitches and even masks as the country is currently hit by a second wave of coronavirus which is wreaking havoc. 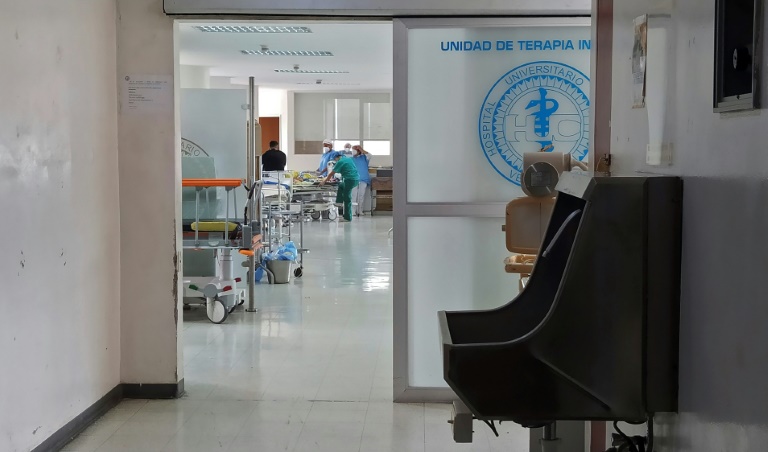 The staff pays for the household products themselves, explains a doctor on condition of anonymity.

“We operate thanks to donations. It’s a destroyed hospital. We are like McGyver, we repair everything,” he said, referring to a television series in which the hero still manages with the means at hand. He lives thanks to a job in a private clinic.

“We have submitted reports to the State, to the United Nations, to many entities,” recalls Chaira Moreno, trade unionist, who works in the administrative services. In vain.

“I built my house with my salary. I could afford to eat in the street. It’s been eight years since I did,” she explains. 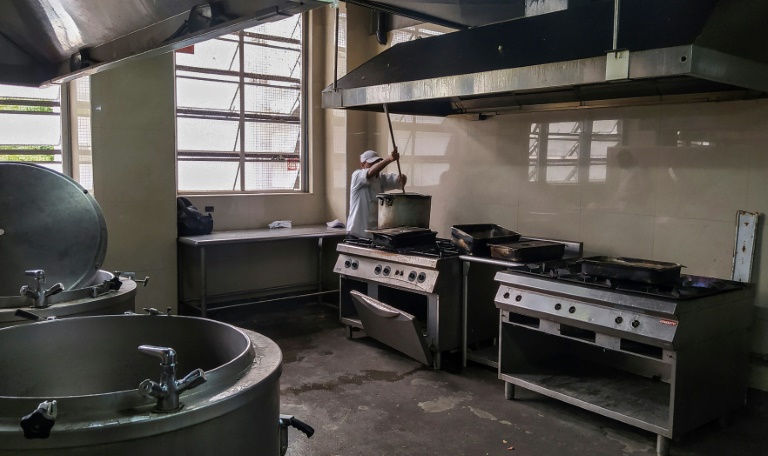 A cook prepares meals for patients at the Caracas University Hospital on June 3, 2021 in Venezuela (AFP – Pedro MATTEY)

To live on, she sublets two rooms in her house for $ 20 a month and works her off hours as a supervisor in a private high school.

A few days ago, she treated herself to a little luxury: a bra. “It cost me $ 5, I sweated to buy it,” she said, pulling one of the suspenders under her blouse.