The game has been planned since 2014 and joined the ID@Xbox program in 2015. Was it worth waiting for the release of Hyper Gunsport?

The title immediately made me think of DataEast’s Windjammers on any arcade fan’s console: the Neo Geo recently introduced by Dotemu. The idea is simple: a field, 2 people per team, a hexagonal ball that can be twisted, a net and points to score points. A sort of new Volley Ball formula, but with guns. 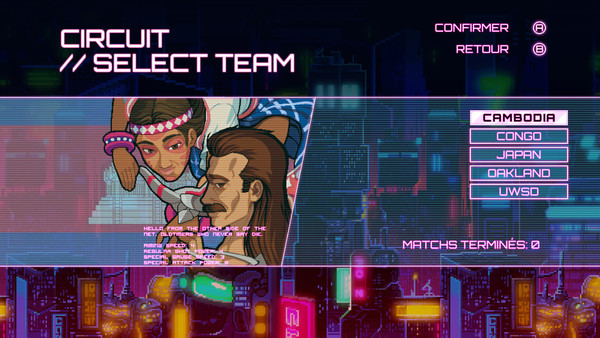 Yes, you read that right, you will shoot the pom-pom until it hits the target area, which will earn you the corresponding points. The longer the exchange, the more points it will bring you in addition to those allocated for the zone you touched. 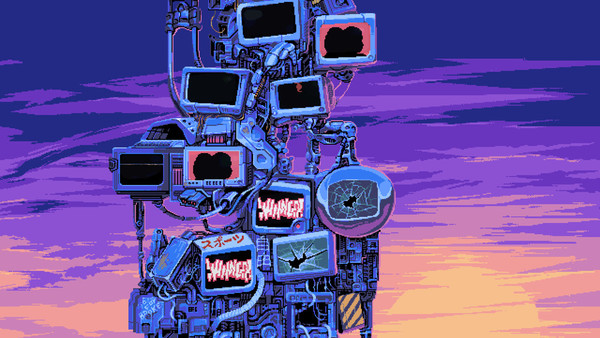 Simple ! Your team consists of 2 people: a “keeper” and an attacker. The goalkeeper is stationary and protects the points, while the striker can move and jump normally to perform kicks and other acrobatics, just like our friends from the circus do. Each team represents a country and it’s time for the championship. 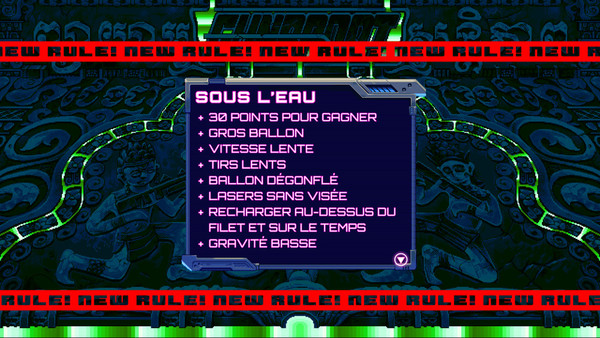 A championship where you have to fight every team and where the arenas can present various restrictions: the ground is a points zone, you slow down… there are also technicalities, for example, if your teammate shoots at the same time when you are on the ball, this gives him super speed. There is a special sensor, which, I confess, is not very useful. 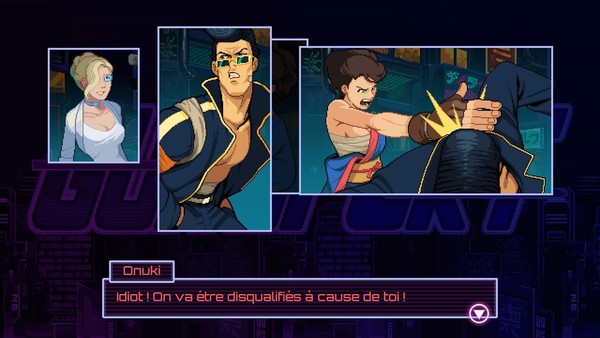 Let’s say right away, the game should be interesting for several people, up to 4 locally. Because it is soft on its own. And again I try to be nice. 2D graphics are very banal, Windjammers did much better in their time. He lacks potatoes, animation, to make, for example, a great shot. Despite the dual joystick aiming system, it clearly lacks the precision or tumble to give it an acrobatic style. Hyper Gunsport gives the feeling that “something is missing” in this game. 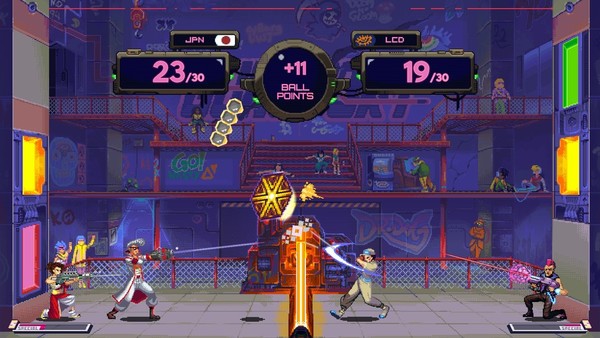 Green zone 1 point, yellow 3 points, red at the bottom 5 points in addition to the 11 that is written in the middle…. it can go very quickly

In addition to the lack of action of the gamepad in hand, there is not enough game mode, no online, no WTF game mode like Windjammers with discus throwing with a dog. The game is paved with good intentions, but they fail. When you play, you get the impression that you are leaving the table after a raclette, where you ate sausages and cheese until you unbuttoned your pants. 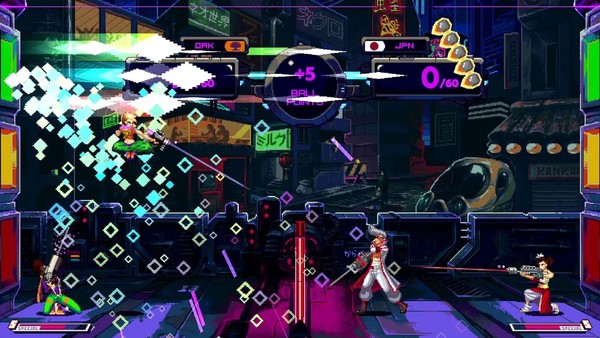 Only a few header visuals

So yes, it’s definitely more fun to play with a few people, but there’s a lot to enjoy. Does this save this game from the soft belly of multiple releases on the Xbox Store, Steam, or other stores, for that matter? I do not think so. It’s clearly not a bad game, except that it doesn’t hit the bull’s-eye.