Early in his first term in 2009, US President Barack Obama backed plans to build a high-speed rail line between Los Angeles and San Francisco. Faced with exorbitant production costs (estimated at the time at around $50-60 billion), prominent businessman Elon Musk is skeptical. In 2013, he proposed replacing the project with a new system he called “Hyperloop alpha”. Small capsules with a diameter of 2.20 meters that will circulate on an air cushion in two air tubes under vacuum at a speed of over 1200 km/h with an initial investment estimated at $10 billion.

Enticed by this futuristic scenario, many startups have tried to make this idea a reality. Almost a decade later, however, progress remains limited. Virgin Hyperloop, funded by British entrepreneur Richard Branson, must have been tested in the Nevada desert, reaching 387 km/h. In November 2020, she even carried passengers for the first time at a speed of 172 km / h, but this was before her conversion to a cargo was announced. The section, which was supposed to see the light in 2020 at the World Expo in Dubai, has not yet come out of the ground.

However, contracts are multiplying. Hyperloop Transportation Technologies (HyperloopTT) signed an agreement on March 21, 2022 to open a line between Venice and Padua, Italy for the 2026 Winter Olympics. In Canada, TransPod most recently raised $550 million to try and connect Calgary to Edmonton. In France, the HyperloopTT test site project in Toulouse remains deadlocked, but the TransPod project in Haute-Vienne continues.

Hyperloop Cheetah concept, which is a variant of Elon Musk’s Hyperloop project. It is equipped with wheels, rows of 3 seats and sluices at the ends – RichMacf / Wikimedia CC BY-SA 4.0

Therefore, we are still very far from the goal, as we explained with Herve de Tregoulode in a recent research article. The effects of the announcement outweigh the concrete results because the technical challenges remain numerous: the rigidity of pipes installed between pylons outdoors; make sure that the air in the pipes never crosses the sound barrier; compress and cool the intake air… To the point that François Lacote, former CTO of Alstom, is not shy about referring to Hyperloop as “a monstrous tech-industrial scam”.

To the engineer’s critical eye, we can add some economic considerations by questioning the appropriateness of these “capsules”, which are sometimes presented as a “fifth vehicle”. Accounting for physical speed is not enough: economic speed must also be taken into account.

Economists have long shown the benefits of increased speed. Indeed, time is money. TGV users are willing to pay more to go faster. But how acceptable is the extra cost? Because money is also time. How many working hours will it take to buy speed?

In fact, we are talking about dividing the path into two stages. There is time actually spent traveling and, before that, time spent working to afford to buy a train or plane ticket. During this first period, the user appears to be moving at an economical speed. 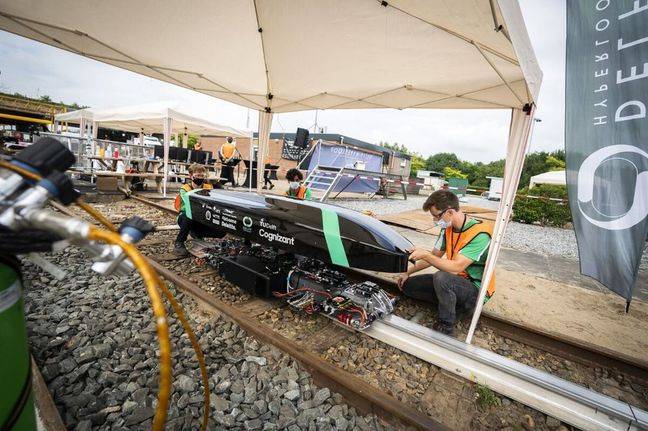 Let’s take an example. For a Concorde trip twenty years ago (the last flight took place in 2003), the cost was close to one euro per kilometer. The net minimum wage at the time was €6 per hour, giving an economic speed of 6 km per hour of work and almost 2,000 hours of work for a round-trip Paris-New York trip. In a word, nothing “supersonic”.

This observation is also true for high wages, for example, 10 times the minimum wage. The economic speed of the Concorde then was only 60 km/h, while a subsonic flight costing 10 times less (10 centimes per kilometer) corresponded to an economic speed of 600 km/h (and 60 km/h for the smikard).

Hence the commercial failure of supersonic flights: Concorde did not overcome the barrier of economic speed. Symmetrically, the success of traditional air transport, and even more so of low-cost airlines, whose tickets cost an average of 5 cents per kilometer, is based on the trend of increasing their economic speed. 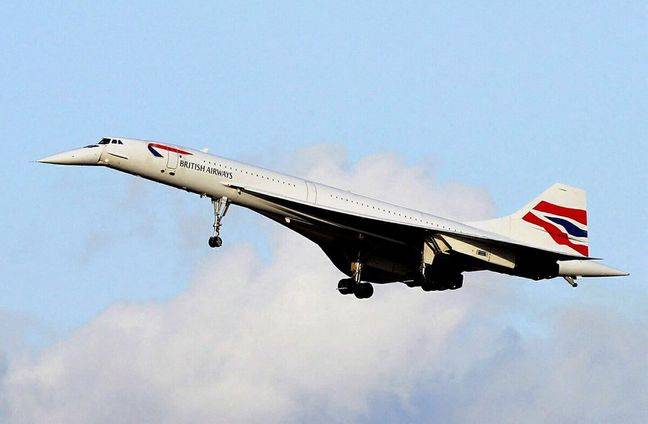 Concorde’s last flight between New York and London October 24, 2003: Nothing supersonic in economist’s eyes – Nicolas Asfouri/AFP (via The Conversation)

High physical speed doesn’t actually matter when economic speed is low. Because when two speeds are combined (to calculate “generalized speed” here), always the slowest one has the most weight in the calculations.

Take the example of a cyclist climbing a pass in the Alps at 10 km/h and descending at 60 km/h to reach the starting point. Its average speed is not 35 km/h (the sum of two speeds divided by two), but 17.1 km/h. For most mathematicians, this is the harmonic mean, not the arithmetic mean. The inquisitive reader will be able to calculate that even when descending from the pass at the speed of light, the cyclist barely reaches 20 km / h.

It’s a bit the same when you combine economic speed and physical speed. The first corresponds to the ascent, the second to the descent.

What time savings and for whom?

By projecting ourselves into Jules Verne’s imagination, the search for speed makes us dream. This is implicitly considered a sign of progress, but sometimes at the risk of going against common sense if economic speed remains low for the majority.

The widespread use of rail, then road and air transport was possible because they made it possible to increase the speed of movement. But the greatest success of these modes of transport is their democratization, which was only made possible by a general increase in economic speed.

The increase in physical speed is of no interest if it cannot be democratized. However, it will be very difficult for projects like Hyperloop to offer transport costs that are accessible to as many people as possible due to their low potential throughput.

By flow we mean the number of passengers that can be transported on the axis in one hour. Today, we can accommodate 1,000 to 1,200 passengers in a TGV train with two elements and two floors. With modern signaling systems it is possible to pass 15 trains per hour and therefore 15,000 to 18,000 passengers per hour. 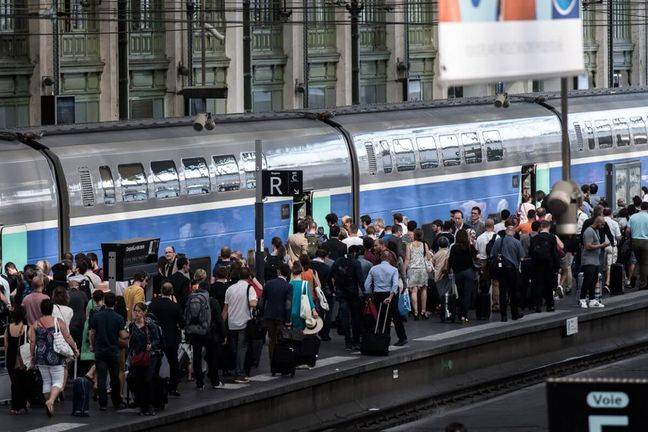 TGV trains can carry up to 18,000 people per hour on a single axle: 20-seat cars seem to have a very hard time keeping up with that capacity – Philippe Lopez/AFP (via The Conversation)

In Hyperloop capsules carrying 20 people, it would take a departure every four seconds to achieve the same result. The problem seems unsolvable technically, but especially from a security point of view. In case of a problem with a capsule, how can I make sure that a certain number of the following do not fall into this capsule?

Focusing on physical speed is useless if the throughput is low, although the required investment is gigantic. How can infrastructure worth tens of billions of euros be justified if it only benefits a privileged few?

It can be objected that the construction of the railway network also required very large capital investments. In the 19th century, one kilometer of railroad cost fifteen times more than one kilometer of road. But the railroad allowed us to increase the volume of traffic in such a way that we were able to amortize the cost of building infrastructure. In the 1970s, engineer Michel Valrave demonstrated that the same was true for early high-speed line designs.

Thus, the issue of capacity is crucial as it determines private and public costs. Then we will touch on issues of a deeply democratic nature. If the state is funding the construction of infrastructure, how can we justify mobilizing taxes from everyone to serve a privileged few? This is a bit like the decision to subsidize space travel for billionaires (for whom the economic speed is, by the way, 100 meters per hour for minimum wage).

For Hyperloop, even if democratization becomes possible one day, let’s not forget that the search for speed is structurally facing diminishing returns. By doubling the speed of trains between Paris and Lyon, travel time has been cut in half, from 4 to 2 hours. But doubling the speed one more time (from 250 to 500 km/h), we gain only one hour and only half an hour, multiplying it again by two (1000 km/h). The gain in time will be increasingly minimal to such an extent that the question arises: is the game worth the candle? This is also an issue faced by projects like Hyperloop.

This analysis was written by Yves Crozet, Professor Emeritus of Science in Lyon and transport economist at the University of Lyon Lumiere 2.
The original article was published on The Conversation website.

And to better reward 20 minutes, feel free to accept all cookies, even for one day, with our “I accept for today” button in the banner below.