For the launch of the PlayStation 5, Sackboy had to be there! It took more than five years to return to the world of Patchwork, to once again see the Sackripants and their great enemy, the nightmarish Vex, land in 3D this time! Once again, it is Sackboy who will have to play the role of the hero, go on an adventure, fight evil and save his friends.

Sackboy is equipped and personalized at will! Throughout his adventure, the little character collects new avatar items as well as bells that he can then exchange in the Zom-Zom store for new disguises, new poses and new items! Bonus levels, in Zom-Zom’s lamp, allow you to dig deep to get the most expensive and beautiful costumes. Plus, after defeating Big Bad Vex, you’ll get his costume! As much to tell you that there is a lot to do to recover all the avatar items available in the game.

In his adventure, our little meshed hero can count on his friends who will sometimes come to give him help and other times to ask for his help in exchange for many rewards including blue orbs which allow you to unlock new levels in a world. These orbs are often quite difficult to find, hidden, sometimes in bonus spaces or even broken into several pieces, it is imperative to think about collecting them to manage to collect a large enough number and thus manage to create a path to the end of the game!

To harvest them, like all the other orbs and rewards dispatched in the levels, Sackboy will be able to rely on his fist to give rights to enemies and grab platforms as well as on the many pieces of equipment he can find in the levels. like the grapple, the jetpack, the boomerang or the parasol. The title is constantly renewing itself and offering new possibilities to players, several paths can sometimes emerge and it will even happen that you have to use the joystick to move platforms.

The platform game promises fun and dynamic levels. In addition to the traditional levels, Sackboy will have the opportunity to climb several times on vehicles such as a train or a submarine, some levels are obstacle courses or races against the tide or horizontal or vertical scrolling! There will always be secret corners in each of the levels. We will even have the opportunity to browse musical levels where obstacles, enemies and platforms appear and disappear to the rhythm of the music. In short, the levels are always well thought out and never give the impression of going in circles even if they respect each time the universe of the world in which they are found. There are 6 worlds altogether, the last one will be available after finishing the game and defeating Vex and some hidden levels as a bonus.

Boss fights are quite easy, just like the game. By observing the movements of the bosses, you will have no trouble defeating them, thus taking advantage of each weakness, each mistake to throw a bomb into the head of the boss. the enemy, while avoiding the obstacles that he will have fun throwing in your path. So if each world has its own boss, it will also be necessary to face Vex several times before finally managing to get rid of it!

If the adventure ends in less than ten hours, it will take a little more than double to get the pattern from the quilt book in each level. This design symbolizes that you have collected all the blue orbs in the level and enough orbs to get his gold trophy. There are also the many challenges of the Chevaliers Maillés, races to be finished as quickly as possible, it is still necessary to have recovered the cubes giving access to them distributed in certain levels of the game. There is a lot to do to reach the end of the game. !

Sackboy: A Big Adventure is beautiful! Platforms, enemies, obstacles, everything comes to life over the music to offer a dynamic and fun experience. The game experience is not limited to traveling on platforms, it is also lived around the character, when the whole universe comes to life for a sometimes surprising result.

For lack of material, I could not test the cooperative world of the game!


Sackboy: A Big Adventure is my favorite license title! The game is clean, beautiful and fluid and even if it takes two to three levels before really revealing itself, the title is nice, the level designers have done a monster job to constantly renew itself, always offering more fun levels. Sackboy also has some negative points, but remains a very good platform game despite a big lack of challenge and ambition.

Test of the game carried out on PlayStation 5 via a key sent by the publisher.
Test of + 8h in solo only, game over. 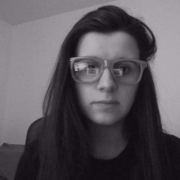 Margot 29 years old. Blogger since 2012. I travel a lot and work in communications in the video game industry.