The volcanic eruption began near Iceland’s capital Reykjavik on Wednesday from a fissure that spewed steaming lava near the site of Mount Fagradalsfjall, where the volcano erupted earlier in 2021.

The eruption, about 40 kilometers from Reykjavik, shows plumes of molten lava turning into dark rock as the material cools and emits bluish smoke.

The Icelandic Meteorological Institute, which monitors seismic activity, estimated the crack to be about 300 meters long. He said the eruption began in the Meradalir Valley, less than a kilometer from the 2021 eruption.

On Wednesday, a lava torrent erupted from the ground, throwing red-hot fragments about twenty meters into the air before turning into a carpet of black rock.

Hundreds of onlookers moved to the site of the eruption, admiring the sight of the boiling lava and the sound of the roar when the lava splashes out, the AFP journalist noted.

Despite the absence of an ash cloud, the institute considered it “possible to detect pollution due to gas vapors.”

Volcanic eruptions, including sulfur dioxide, can rise up in close proximity and pose a health hazard or even death.

These types of pollution can also be carried by the wind.

On Tuesday evening, the Meteorological Institute announced that the likelihood of a new eruption near Mount Fagradalsfjall “in the coming days or weeks” is considered “significant”.

Almost 10,000 aftershocks have been recorded since Saturday, including two over magnitude 5.

The AFP contacted the Icelandic National Airports Authority, which said no flights were affected by the volcano at this time, adding that it was monitoring the situation “as appropriate”.

“The risk to communities and critical infrastructure is considered to be very low and there have been no flight disruptions,” the Foreign Office tweeted. 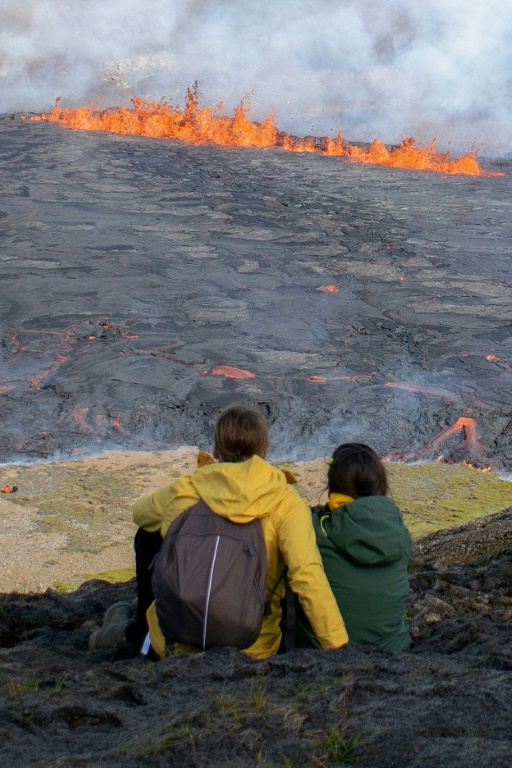 A volcano erupted in Iceland in a fissure near Reykjavik on August 3, 2022 (AFP – Jeremy RICHARD)

More than an hour after the eruption began, a commercial flight could be seen flying low over the site of the eruption and bound for Keflavik, Reykjavik’s main airport.

The eruption, which erupted more than 140 million cubic meters of magma in six months, attracted more than 430,000 visitors, according to the Icelandic Tourism Board.

The eruption was officially declared over nine months later, in December 2021.

On Wednesday, emergency services and police, who arrived at the scene to assess the level of danger and possible gas contamination, urged the population to stay away from the area.

Icelandic President Gudni Johannesson also called for vigilance. “I just want people to be careful and know more before jumping into the unknown. If this eruption is like the last, there will be enough time, so there is no reason to rush,” he told Iceland Monitor English media.

Mount Fagradalsfjall belongs to the Krisuvik volcanic system, located on the Reykjanes peninsula in southern Iceland.

Until last year, the Reykjanes peninsula was not the scene of eruptions for almost eight centuries, but Icelandic experts note that the region has entered a new period of volcanic activity. 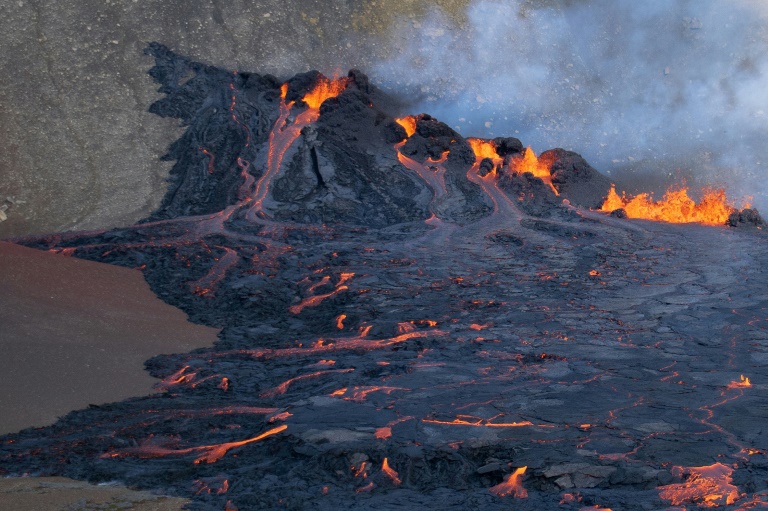 Iceland has 32 volcanic systems currently considered active, the most in Europe.

On average, the country erupts every five years.

Iceland lies between the Mid-Atlantic Ridge, a fissure that separates the Eurasian and North American tectonic plates.

The movement of these plates is partly responsible for the country’s intense seismic activity.