On the sidelines of the IFA show in Berlin, in addition to the Fidelio FS1 speaker that we told you about a little earlier, Philips is presenting two premium TVs that make up the top of its line: OLED + 937 and OLED + 907, equipped with stripes from Bowers & Wilkins and the slightly less premium mini LED LCD model PML9507.

It is paired with the latest P5 AI Dual Engine, which adds to a suite of optimizations this year, such as automatic color temperature adjustment thanks to the brightness sensor previously used to optimize this single parameter based on the room.

Philips has also expanded the features for gamers with the Game Bar. Like the previous model, this TV is also compatible with HDMI 2.1 and supports all standard features. The TV is also G-Sync and Freesync Premium certified.

We also find Ambilight dynamic lighting technology in its latest 4-sided version, an illuminated remote control combining metal on the front and leather on the back, and finally a 95W 5.1.2 soundbar designed in collaboration with specialist Bowers & Wilkins, who added the famous “tweeter on top”.

Starting at €1,799 for the 48-inch OLED+907 TV, it aims to be a bit more affordable, even if it stays in the premium segment. The 55-inch and 65-inch models feature a new OLED EX Royal panel that supports 4K at 120Hz with Freesync Premium and G-Sync. 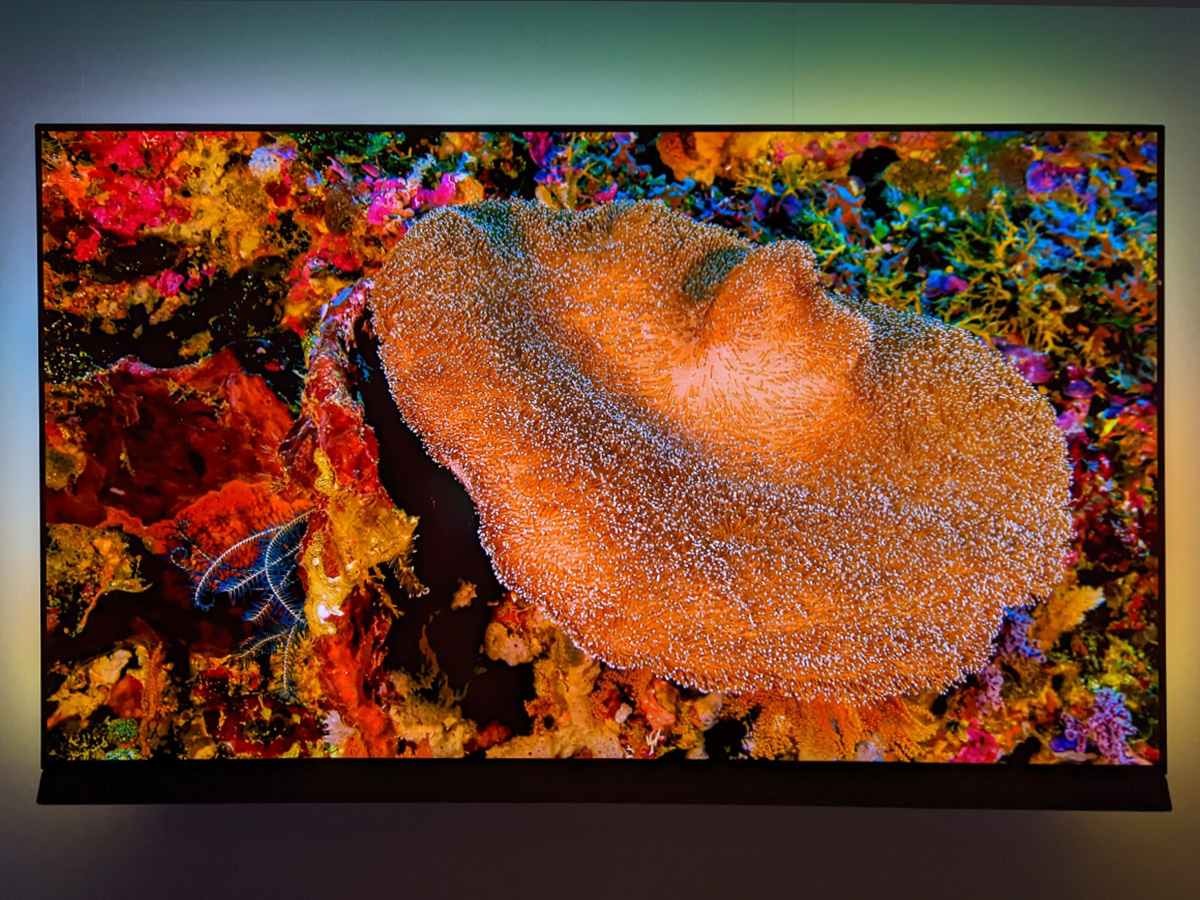 There’s also a Bowers & Wilkins soundbar, but this time it’s smaller, without the tweeter on top, and has 3.1 channels. Ambilight LED lighting is also present, but only on three sides. Other characteristics are similar to the 937th.

The launch is scheduled for September at the following prices:

PML9507 for those who seek light

The PML9507 Mini LED is available in 55″, 65″ and 75″ which is enough to satisfy users who need a large TV. The strength of mini-LED technology is its superior brightness compared to OLED, which here reaches 1500 nits. It also includes, like other announced models, the new Game Bar and supports Freesync Premium and G-Sync for optimal 4K 120Hz playback. Finally, it features Ambilight on four sides and a 70W 2.1 channel audio system.