At 53, Jamil al-Juburi has never left his village in northern Iraq, where his family has been farming for generations.

But the government’s dam project could soon swallow up his house and force them to leave.

Like Jamil, tens of thousands of Iraqis are threatened by the Makhul Dam, which the government hopes to complete within five years on the Tigris River.

In Iraq, hit by a three-year drought and considered by the UN to be one of the countries most vulnerable to climate change, authorities are defending the project, which they say will help combat water shortages.

However, NGOs denounce the detrimental effects on some thirty villages, i.e. 118,000 people, as well as the effects on biodiversity and several archaeological sites.

The village of Messaag offers a pastoral landscape. Along the banks of the Tigris, peasants sow or shovel waterlogged soil.

But when the dam is built, the entire region will be flooded with three billion cubic meters of water.

“I was born and raised here. Leaving is hard. This is a whole past that we are leaving behind,” insists Jameel al-Juburi, an employee at the refinery.

It is his son who takes care of the family’s wheat and citrus plantations.

As conciliator, Jamil agrees to step down and put “national interests ahead of personal interests” on the condition that the dam be a project “that will serve Iraq” and that he receive “adequate compensation” for “securing (his) future.” and in children.”

Already equipped with eight dams, Iraq regrets the reduction in the flow of its rivers and criticizes its Turkish neighbor for the dams built upstream.

Initially launched in 2001, the Maqhoul project was aborted in 2003 after the American invasion and ensuing chaos. 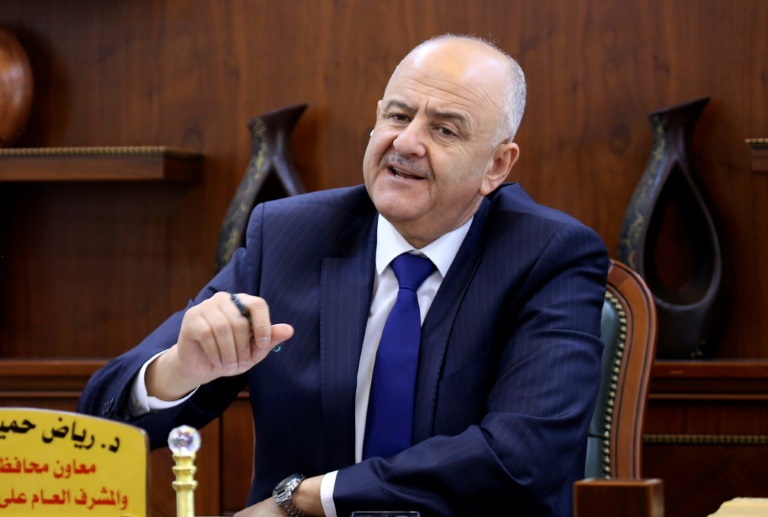 Work resumed in early 2021 with drilling, soil analysis and construction of a bridge across the river.

The dam should enable the construction of a 250-megawatt hydroelectric power plant and “an irrigation canal that will serve the agricultural land and contribute to the country’s food security,” said Salaheddin Provincial Deputy Governor Riad al-Samarai.

“Common interests call for the construction of this dam to guarantee Iraq’s water supplies,” he adds.

According to him, there are five villages on the site of the future reservoir: “The regions and the ministries concerned have formed a commission for the payment of appropriate compensation to the residents” and their resettlement.

However, civil society is going against the wind.

Because there are also consequences for fauna and flora, condemned by the NGOs Save the Tiger and Humat Dijlah, and dangers, in particular, for the ancient city of Assur, a UNESCO heritage site.

In August, the International Organization for Migration (IOM) deplored the lack of an “attempt at dialogue” with the local population.

“Respondents, farmers and landowners, view the Makhul Dam as a serious threat to their livelihoods,” the IOM said in a report based on a study by the Iraqi culture and development organization Liwan.

“No one came to visit us, no one asked us anything,” Jamil’s father, Ibrahim al-Juburi, a farmer, told Messahag.

“My ancestors, my father, then me, all stayed in this region,” laments the octogenarian with a weather-beaten face and a curved silhouette. 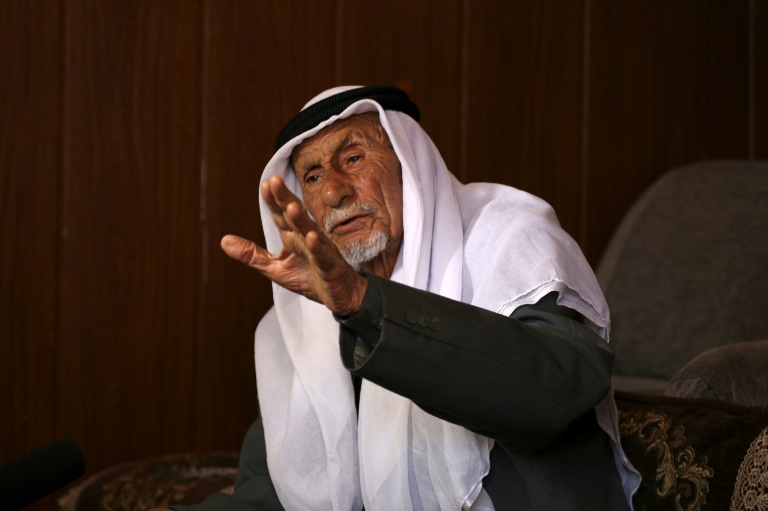 Farmer Ibrahim al-Juburi, father of Jamil al-Juburi, during an interview with AFP in Messahag on November 1, 2022 in northern Iraq (AFP – Sabah ARAR)

Iraq’s real problem “is the drop in water flow from Turkey and Iran,” recalls Mehiyar Kathem, one of the authors of the Lebanon study.

The country “doesn’t need a new dam: because of the increased salinity of the Tigris, the river needs to be allowed to flow,” he says.

His research identified 39 villages at risk of being swallowed up, ranging from 200 to 8,000 inhabitants.

More than 67 square kilometers of “fertile agricultural land, fields and orchards” will also disappear if the Makhul dam reaches full capacity. And 61,146 heads of cattle will have to be “sold or transported.”

“The dam could disrupt the daily lives of 118,412 people,” Lebanon summed up, pointing to “distrust of decision makers” among the local population, for whom “any protest risks being ignored.”