For a month, when Shorouk Shaheen asks her mirror who is the most beautiful, the young Palestinian woman thinks she can win this coveted title thanks to an ornament in vogue in the Gaza Strip: a false dimple, made by a plastic surgeon.

White designer sneakers and a monogrammed leather imitation bag, Shorouk is delighted to have walked through the door of Dr. Jalaa El Talmas’s office in central Gaza.

“If you have a beautiful smile then you are a beautiful person,” says this 26-year-old communication manager, who cannot stop admiring the delicate hollow of her left cheek in a mirror.

Reassured by the simplicity of the almost painless operation and satisfied with the result, “better” than expected, she plans to make a dimple on the other cheek as well.

Your surgeon has no problem with that. The creation of a dimple is “a simple, fast and low risk operation”, explains Jalaa El Talmas, in his modern practice. The doctor performs local anesthesia in the cheek and mouth, where he makes a small incision in the zygomatic muscle that connects with the oral mucosa.

The dimples are very marked after the operation, which lasts 10 minutes, but they quickly become more natural, he says.

For about three years now, the doctor with the mischievous smile who hides a comb in his office to re-comb his hair from time to time, has seen several young women a month in his office.

Everyone wants to go with this dimple considered a sign of beauty, particularly in the Middle East.

“Most of the patients come because their sisters or their cousins ​​have had surgery and they tell me + that they have dimples and that seems beautiful to me,” he explains. “They think it makes them more attractive when they laugh, when they talk.” 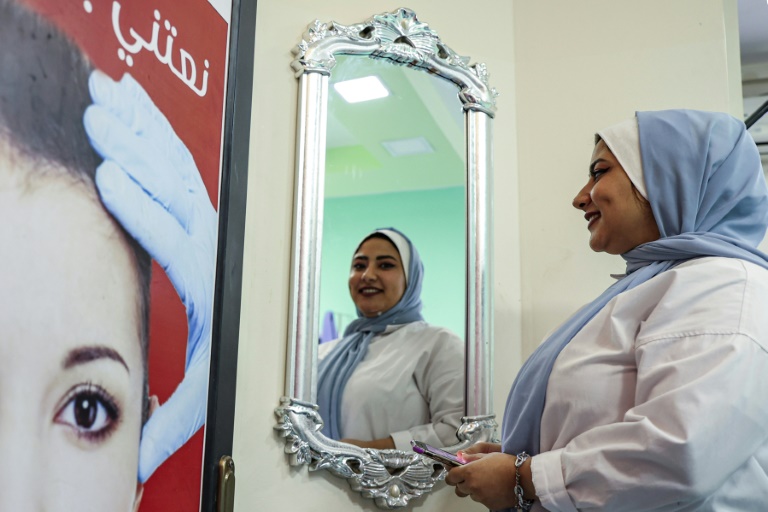 Shorouk Shaheen smiles after an intervention to create a dimple in his cheek, November 30, 2021 in Gaza (AFP – MAHMUD HAMS)

According to the doctor, this phenomenon imported from Egypt and the Gulf seems more important in Gaza than in other places.

In the Palestinian enclave, under Israeli blockade and where the unemployment rate is around 50%, the operation is economically attractive. While in the few Parisian clinics that offer it it can cost several thousand euros, in Gaza it costs between 100 and 150 shekels (between 27 and 40 euros per cheek), which is much less than other cosmetic surgery services.

For a breast augmentation, for example, you have to pay more than $ 1,000 and run the risk of being the subject of gossip or criticism in a territory that is still very conservative, ruled by the Islamist Hamas movement.

Dimples are “not a problem” in people’s eyes, Shorouk notes, wearing a light blue veil. “People often ask me where I did it, when, how it happened.”

At the “Victoria” beauty center that overlooks a park lined with neat rows of palm trees, Dr. Hassan Ali Aljaish believes that “if a woman does that to be happy, why not?”

This doctor converted in 2018 to cosmetic and reconstructive surgery received up to thirty requests per month for dimples, exclusively from women.

“They bring a little happiness,” he says, and a little normalcy in a land used to wars and drama. 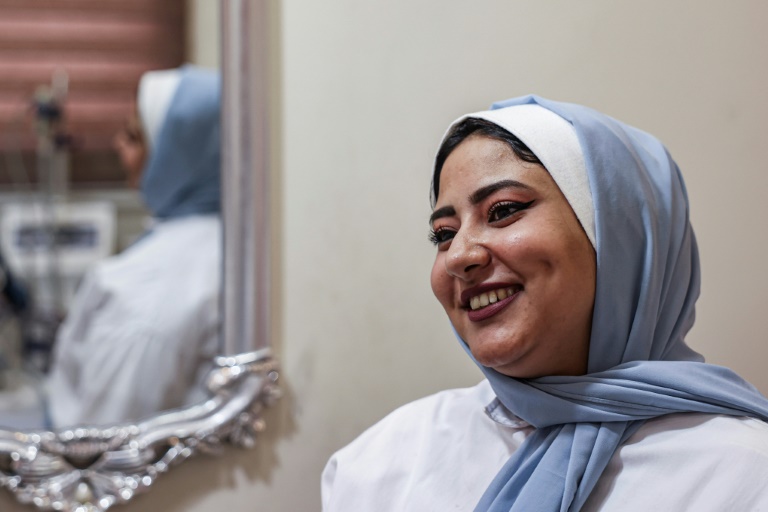 The dimple created in Shorouk Shaheen’s cheek at a Gaza clinic on November 30, 2021 (AFP – MAHMUD HAMS)

But make no mistake: if cosmetic surgery is all the rage among some women in Gaza, “we shouldn’t believe that people in Gaza perform operations every day.”

The false dimples, and cosmetic surgery in general, allow “to alleviate suffering but we must not forget that it exists,” insists the surgeon, who operates more on Palestinians disfigured during the wars and confrontations between Hamas and Israel.