In Kosovo, restaurant bears freed from their chains spend peaceful days in the midst of snow-capped mountains. In the young state where the defense of the environment is weak, the Sanctuary of the bears of Pristina wants to embody a successful protection of the natural heritage.

“From the start, it was clear to us that saving bears was only the first phase of a larger project, raising awareness of the need to defend the wild,” said Afrim Mahmuti, director of the verdant site at l east of the capital Pristina.

“Kosovo belongs to us, its environment too, we are responsible for it,” he added.

Rescuing wild beasts was far from obvious in the former province of Belgrade still plagued by poverty, corruption and political crises, 13 years after independence.

Environmental issues are not a priority, as evidenced by the plastic bags that soil trees and rivers or the air pollution that plagues city dwellers in winter.

A brown bear at the Pristina Bear Sanctuary on February 12, 2021 in Mramor, Kosovo (AFP – Armend NIMANI)

But the sanctuary, located in the village of Mramor, today hosts twenty Balkan brown bears on 16 hectares, which barely come out of hibernation, snort in the cold winter sun.

The park was born in 2012 from the excitement of Austrian soldiers of KFOR, the NATO force deployed in Kosovo after the war against Serbian forces. Alarmed by the cruel fate of bears imprisoned for the amusement of restaurant patrons, a popular post-conflict practice, the soldiers alerted their embassy.

A brown bear at the Pristina Bear Sanctuary on February 12, 2021 in Mramor, Kosovo (AFP – Armend NIMANI)

They were particularly moved by the fate of Kassandra, abandoned in front of a closed restaurant in the south of the country, remembers Roswitha Brieger today, wife of the former Austrian ambassador to Pristina Johann Brieger and one of the kingpins. of the project.

The bear, who would become the first resident of the sanctuary, “was in a deplorable state, in a metal cage no larger than 2×3 meters, exposed to the elements without protection,” she told AFP.

For many months, she had only survived in her excrement thanks to the food brought by charitable souls.

The local authorities were seized and they agreed with the Austrian NGO Four Paws to create a refuge on land ceded by the municipality of Pristina, the capital. 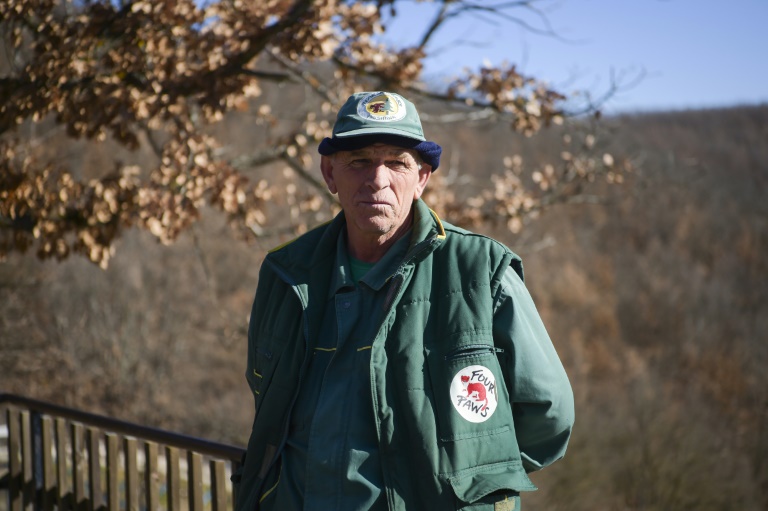 The bears were confiscated from their hostile owners under tense conditions, under heavy protection from special police units supported by KFOR, Dardan Gashi, Minister of the Environment at the time, told AFP.

“Some owners were members of the old guerrilla (independence movement), they believed themselves invulnerable and imagined that we would not dare to go there,” he said. “We had a terrible case in Mitrovica (north) when an owner warned (…) killed three bears before we arrived”.

Before their transfer, animals had to be put to sleep, sometimes addicted to the alcohol given to them by restaurant owners. “They were very aggressive. They were all aggressive, the owners and the bears,” he laughs. 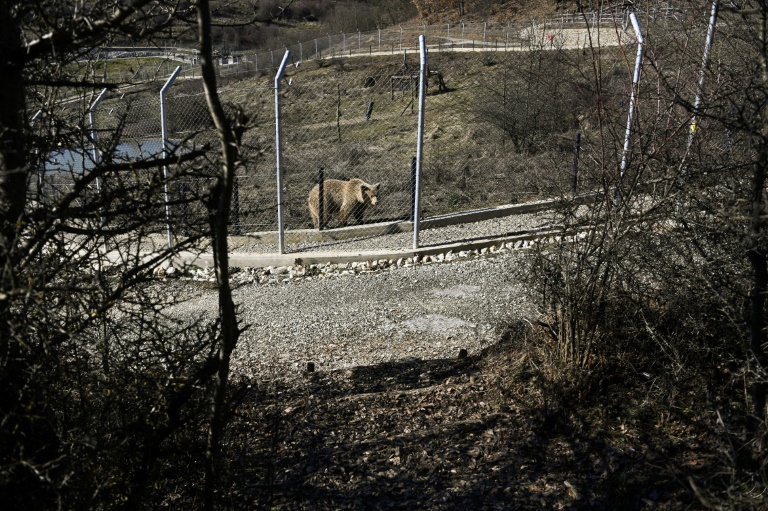 A brown bear behind the fences of the Pristina Bear Sanctuary, February 12, 2021 in Mramor, Kosovo (AFP – Armend NIMANI)

Mustafe Gashi, 57, an affable guardian of the plantigrades, remembers Kassandra’s arrival in early 2013. He had slept for a while next to the prefabricated building where she was staying while awaiting the end of construction work on the site.

If he is nicknamed “Papa bear” for his devotion to animals, it was not always so. “When I was a child, (adults) scared us by telling us that bears were going to eat us,” he told AFP.

He has since bottle-fed three cubs whose mothers had been killed. “Never in my life would I have imagined holding a bear in my arms and raising it like my children”, he adds, explaining “never to have taken care of” his two sons “as he was. occupied bears “.

The site, where each plantigrade has a large enclosure, an artificial den and a pond for swimming, attracts visitors: in 2019, before the coronavirus, 40,000 people came to learn about nature, including many schoolchildren. 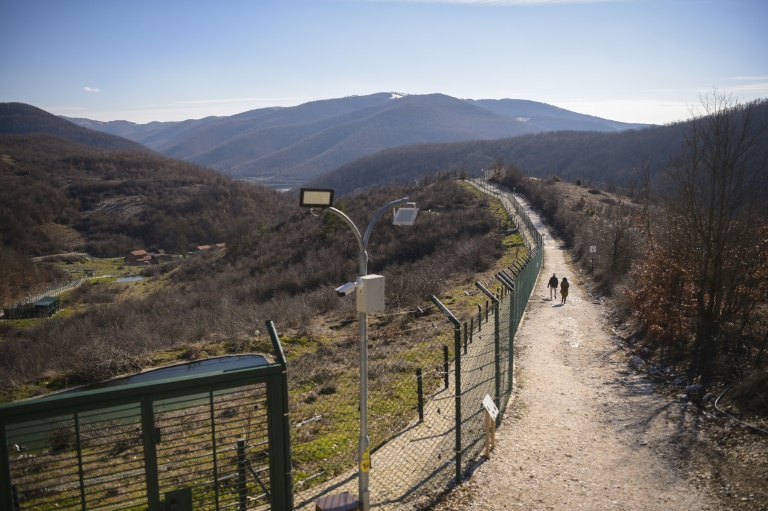 The sanctuary employs around thirty people and its operation (around 400,000 euros per year) is largely funded by Four Paws.

Since 2014, there are no longer any bears held in Kosovo, where the wild population is estimated at around a hundred individuals, according to Afrim Mahmuti, whose next project is to find a new home for a lion and wolves. illegally detained.

In the opinion of many, the sanctuary is a rare example of a successful project.

“The bears had to be provided with a suitable environment, which clearly worked when we saw Kassandra hibernate in the second year,” says Roswitha Brieger.

“It’s a success story”, sums up Milot Kurshumlia, a 39-year-old environmentalist, pleading that it is “not the last”. “We can see how useful the interaction between institutions, civil society and defenders of wildlife is.”

New Caledonia: the obligation to vaccinate in “sensitive” sectors postponed until the end of December – Sciences et Avenir

New Caledonia: the obligation to vaccinate in “sensitive” sectors postponed until the end of December – Sciences et Avenir