Among the burnt pines, a tractor moves slowly, followed by a tanker. It supplies tanks installed to water animals disoriented by the fires that have devastated 20,800 hectares of forest in the Gironde.

At the head of a procession that traverses the stricken pine forest of La Teste-de-Buch in the Arcachon Basin, volunteers haul containers from a pickup truck to set them between the bushes, away from the still-smoking trees. .

Behind, four young men are filling buckets from a cistern tap and pouring them into drinking troughs along the path where the fire started and the departmental road that borders the dune of Pilat.

The prefecture announced on Saturday that after eleven days of fighting, the fire had been extinguished. But a few fires are still gnawing at the trunks, closely watched by firefighters in helmets who regularly overtake the convoy.

The operation, led by the Directorate of Territories and the Sea (DDTM) and the French Office for Biodiversity (OFB), was organized at the initiative of local hunting associations. 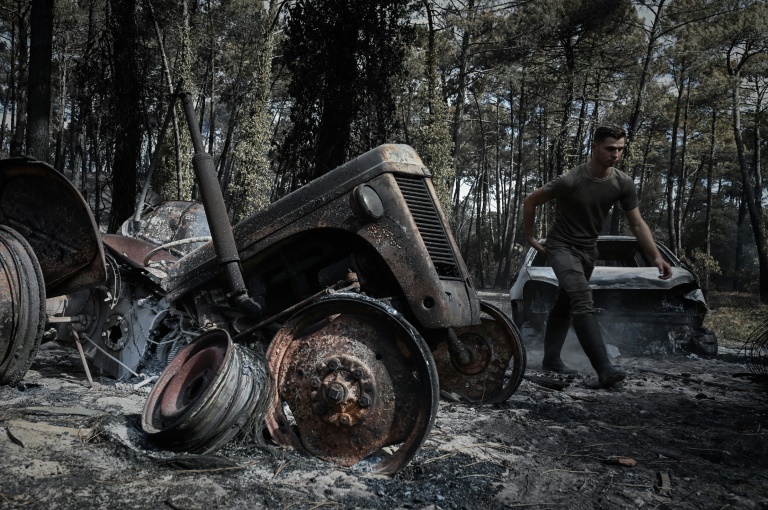 “The onset of the flames forced the animals to leave their territory and caused a lot of stress. They find themselves far from their usual water sources or too disoriented to find them,” explains Frédéric Moras, President of the Municipal Association of Hunters (ACCA) La Teste-de-Buch.

In a lunar landscape, in the midst of a drought, “deer quickly become dehydrated and may die malnourished,” he continues. 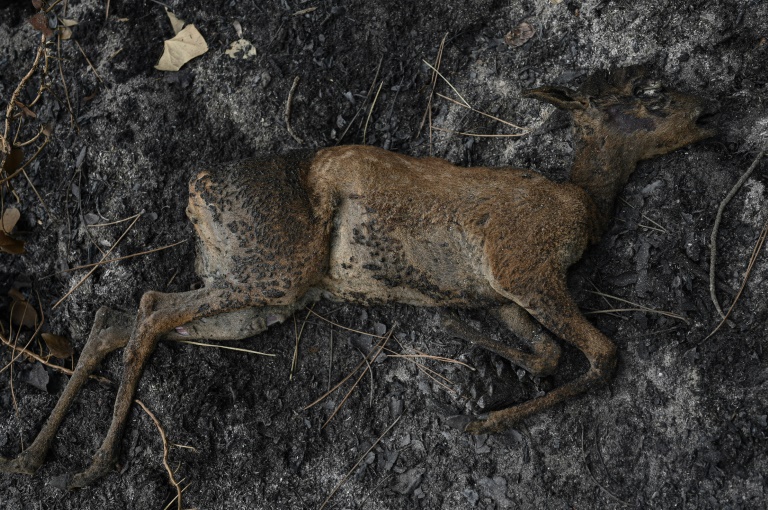 In the heart of the forest, near an old, burned-out hut, Melody Miquel, a hunter and volunteer, clears garbage full of ash from a concrete pool to set up a water point.

The 34-year-old young woman traveled by truck from Landes to deliver dozens of containers collected from her region to La Teste-de-Buch.

Wearing khakis and plastic boots, 18-year-old Wilfrid Lozes adds a few sprigs to the surface of trash cans “to keep mice from drowning in them” and to keep deer from getting drunk.

“The purpose of these waterholes is also to ensure that animals do not leave their natural habitat to drink in the city. This is dangerous for them and could lead to clashes,” says Renaud Laertes, head of the DDTM in Gironde, who came to oversee the operation. 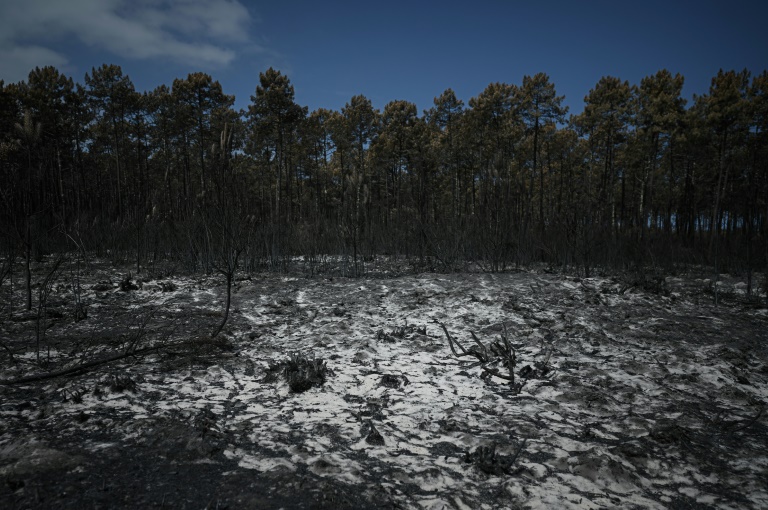 A little further on, Frédéric Moras leans over the carcass of a young deer with burnt legs with a sigh.

“To see the forest in such a state is heartbreaking. As hunters, we have the right to hunt animals, but we also have a duty to protect wildlife,” he says.

Frédéric Moras estimated that the fire could have destroyed “about 30%” of the livestock in the pine forest. The departmental federation of hunters of the Gironde will give an accurate estimate of the losses “within a few months.”

In anticipation of the recovery of the herd, it “froze” hunting in the area until at least the end of the year.

For OFB, installing taps in the forest is an initiative “adapted to the circumstances”.

The administration warns that distributing food to wild animals would be counterproductive.

“First of all, they should not be introduced to food that they cannot obtain on their own. This can distort their instincts, making them sedentary,” notes Nicolas Surug, regional director of the New Aquitaine OFB, who recalls that access to the forest is still prohibited. public.

While waiting for the area to be secured, firefighters will replenish water tanks as they make their rounds.