New key milestone and new success for Perseverance. During this weekend, the NASA rover landed the Ingenuity helicopter, which had until then been fixed under its chassis. The release procedure took place in several sequences last week. Ingenuity spent its first night in the open, braving the extreme temperatures of Mars that can drop to -90 degrees Celsius. Conditions that could damage Ingenuity’s electronics and batteries. NASA called the helicopter’s survival a milestone ” major ”

Ingenuity will now begin a verification phase of all its systems, release its blades and test its motors. If all goes according to plan, the first flight could take place on April 11. The craft will rise about three meters above the ground for 30 seconds. If successful, several other flights are scheduled. They will not last more than a few minutes at five meters above sea level for a maximum distance of fifty meters. Ingenuity carries two cameras pointed towards the ground and the front. Perseverance will follow its exploits from a vantage point. 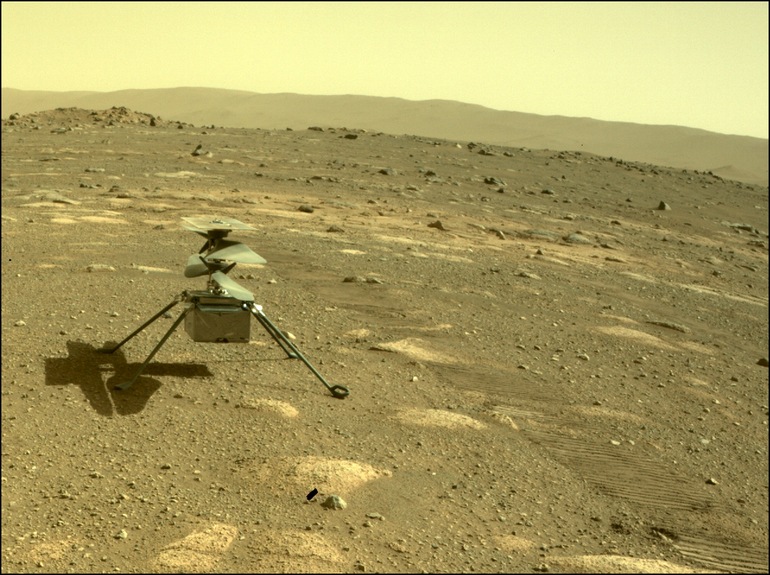 This helicopter is a key technology demonstrator for NASA. The success of this test would pave the way for a new model of extraterrestrial exploration. The American space agency also sees it as such a strong symbol for the history of aviation that Ingenuity takes a piece of fabric from the Wright brothers’ plane. The mission of this aircraft is to last 31 land days.