After Apple unveiled the 5G-enabled iPad Air M1 at its first event of the year in March, we’re looking forward to seeing what other models may be coming in the near future. Rumors indicate that the new iPad Pro should debut in late 2022.

Apple updates its tablets twice a year, at least that’s how the company has done it for the past two years. iPad Pro arrives in the spring, with updates to the base iPad, iPad Mini, and iPad Air coming in the fall. That cycle could change again in 2022 – it’s always hard to tell with Apple – and it’s already happened with the new iPad Air that was announced earlier this year.

Apple has also upgraded its school MacBook Air with a new M2 chip, a better webcam, and a better display.

Apple is expected to hold product launch events in September and October, as it has in previous years. The iPhone 14 and Apple Watch Series 8 could be released in September, and the iPad in October, along with an update to iPadOS 16.

The iPad Air was updated a few months ago after the tablet was not offered in the new version for 2021. The iPad Air 2022 borrows the design from the iPad Air 2020 and features the Apple M1 chip, the same processor found in recent Macs. and iPad Pro 2021, as well as 5G support.

This tablet also got one feature that it lacked compared to any other 2021 iPad: a wide-angle front Center Stage sensor with auto-zoom. At $699, more reasonably priced than the iPad Pro, it could be a lot of people’s choice. 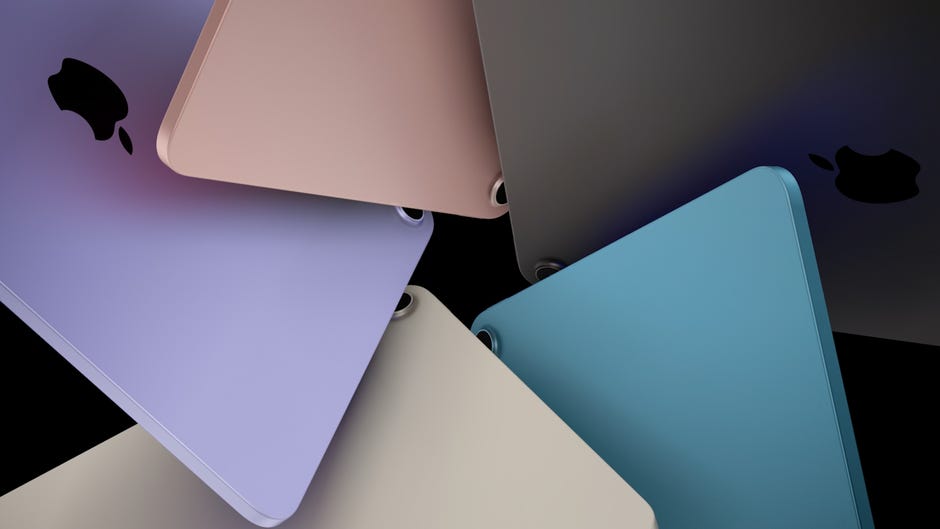 According to the latest reports from Mark Gurman and 9to5Mac, the entry-level iPad needs a major upgrade. The current ninth-generation entry-level iPad still has a Lightning port and the original round Touch ID home button, but its design may finally change to fit the iPad Mini, iPad Air, and iPad Pro models. That could mean flatter edges, a screen with curved corners, USB-C charging, and possibly a Touch ID side button, much like an affordable version of the iPad Air. 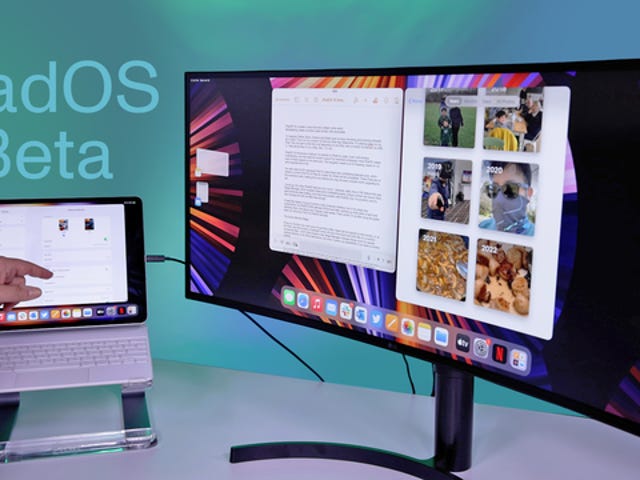 iPadOS 16 Beta: The only thing I care about is multitasking!

It could also allow the entry-level iPad to work with the second generation Pencil and possibly Apple’s line of Magic Keyboard cases.

The 9to5Mac report also indicates that the entry-level iPad could get optional 5G, which would be an upgrade over current models’ LTE options.

However, the price of an entry-level iPad can rise, and it’s worth looking into. Prices have already risen in 2022 due to inflation, and the same could happen to the most affordable iPad. 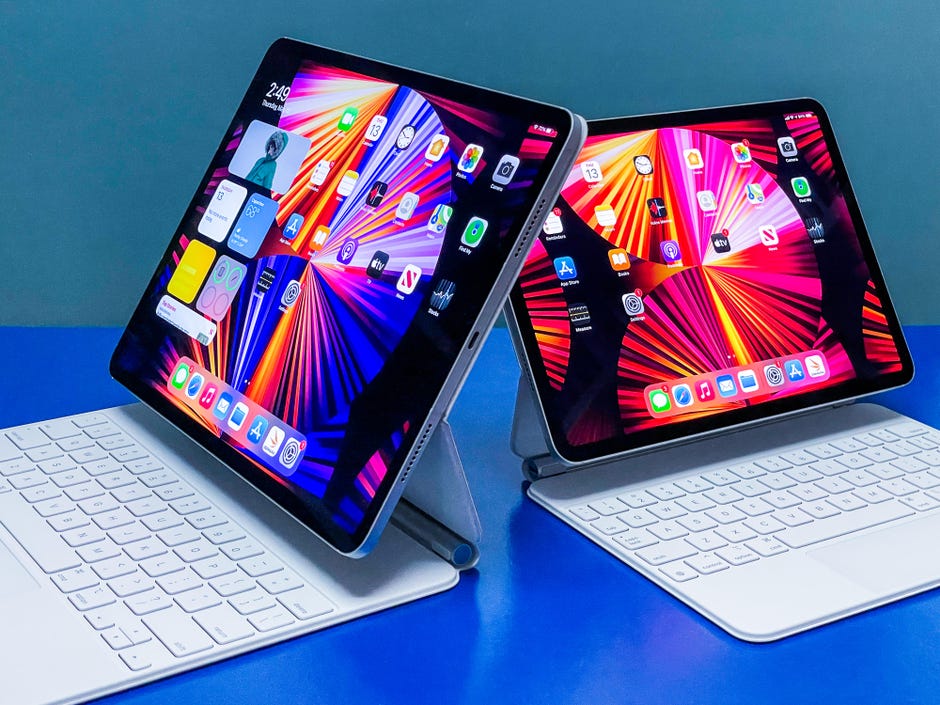 The iPad Pro, meanwhile, hasn’t been updated since spring 2021, when it got 5G, an M1 chip, and a mini-LED display for the 12.9-inch version. The signs point to October for a new model.

Reports also indicate that professionals will get the M2 chip that was recently launched in the MacBook lineup, which seems like the most obvious move. Other things that may or may not have changed:

Will the iPad finally solve the problem of camera placement?

Our biggest request for the iPad, in addition to a complete overhaul of the operating system to make it a better Mac alternative, is to fix the front camera placement. Zoom meetings on the iPad in landscape mode (which is how they’re most often oriented if you’re using a keyboard case of some kind) have a camera on the side.

While Apple’s Center Stage camera zoom technology helps a bit, it doesn’t solve eye contact issues—we usually feel like we’re looking into space while zooming on an iPad. We wish the camera was on a longer edge, but who knows if that’s planned for this year. Apple hasn’t changed the camera position on its latest iPad Air, so this seems unlikely. 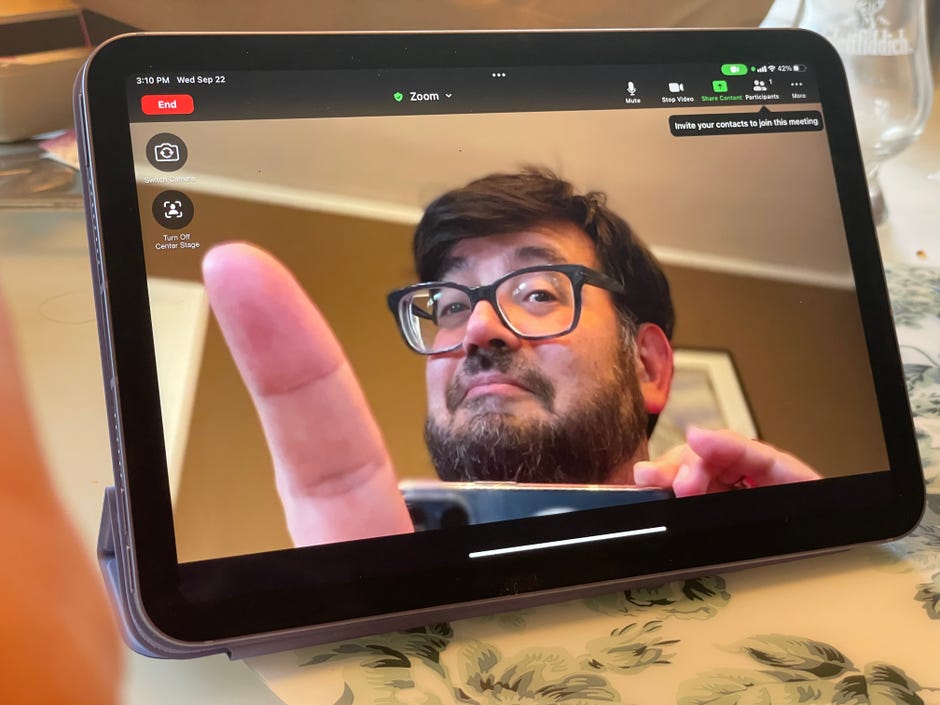 We still find that my face looks off center during video calls on the iPad. This is due to camera placement, although the Center Stage helps a bit. Scott Stein/CNET

Apple’s two-year-old Magic Keyboard is comfortable, but has drawbacks: it lacks a row of function keys, it’s expensive, and it can’t be folded into a folio-style orientation for reading or drawing. It’s unlikely that Apple will make the case cheaper, but I would like to see an updated model with function keys and maybe even additional USB-C/Thunderbolt ports. At the moment, there are no reports that this will happen.

Apple’s Pencil is also quite outdated, and the second generation model, while reliable, is rather long and awkward to store. Will Apple ever consider a more compact Pencil, or one that fits more easily into the design of the iPad Pro? One or two other programmable touch features on the side would also be helpful. Again, no reports on this issue have been published.

According to some rumors, Pro tablets will be equipped with a wireless charging system. Could it be MagSafe? MagSafe has appeared in the latest models of Apple MacBook Pro, iMac and iPhone. The only oddity about MagSafe at the moment is that it uses a different type of charger in each case. Will Apple make the iPad Pro MagSafe another unique accessory, different from the iPhone and MacBook versions? Apple’s Magnetic Smart Connector for iPad already offers this functionality for devices like the Magic Keyboard, although accessories compatible with the Smart Connector remain rare.

Will the display technology be the same?

The 2021 12.9-inch iPad Pro was the only model with an improved Mini LED display similar to recent MacBook Pros, with deeper blacks and brighter contrast. This year, the 11-inch model may not have Mini LEDs. Instead, the 11-inch and 12.9-inch iPads may get OLED displays in an update next year.

It may be a few more years before we see the big screen iPad Pro. A MacRumors report says that two Apple vendors are preparing large OLED displays (up to 15 inches) for future iPad models. However, these larger Pro tablets are not expected to arrive until 2023 or 2024 at the earliest.