With the release of iPadOS 16, even in its current beta, Apple has changed the way some iPads are used. After years without a real interface dedicated to multitasking and without support for external displays, Apple has finally added both of these features with a feature called Stage Manager.

The Scene Manager isn’t enabled by default, but once you find that option, up to four apps can be running on your iPad’s screen, each of which can be dragged around the screen and resized just like on a Mac.

Plus, when you connect your iPad to an external display, you get a second desktop that can have up to four additional apps open and active. Thus, the iPad can switch between eight applications. This is significant progress for an Apple tablet.

Here’s how to enable Stage Manager and learn about related features. But first of all, a few technical details.

How to use Stage Manager on iPadOS 16?

The feature is reserved for certain iPads.

Stage Manager does not work on any iPad running iPadOS 16. It is only available on tablets with the Apple M1 processor. Therefore, it can be found on the iPad Pro 2021 and iPad Air 2022. Apple justifies this limitation by causing a significant need for power, the need to have fast RAM and virtual memory, and a USB-C / Thunderbolt 4 port.

Unfortunately, Apple does not seem to want to back down on this issue, no matter what private users of this option may say. 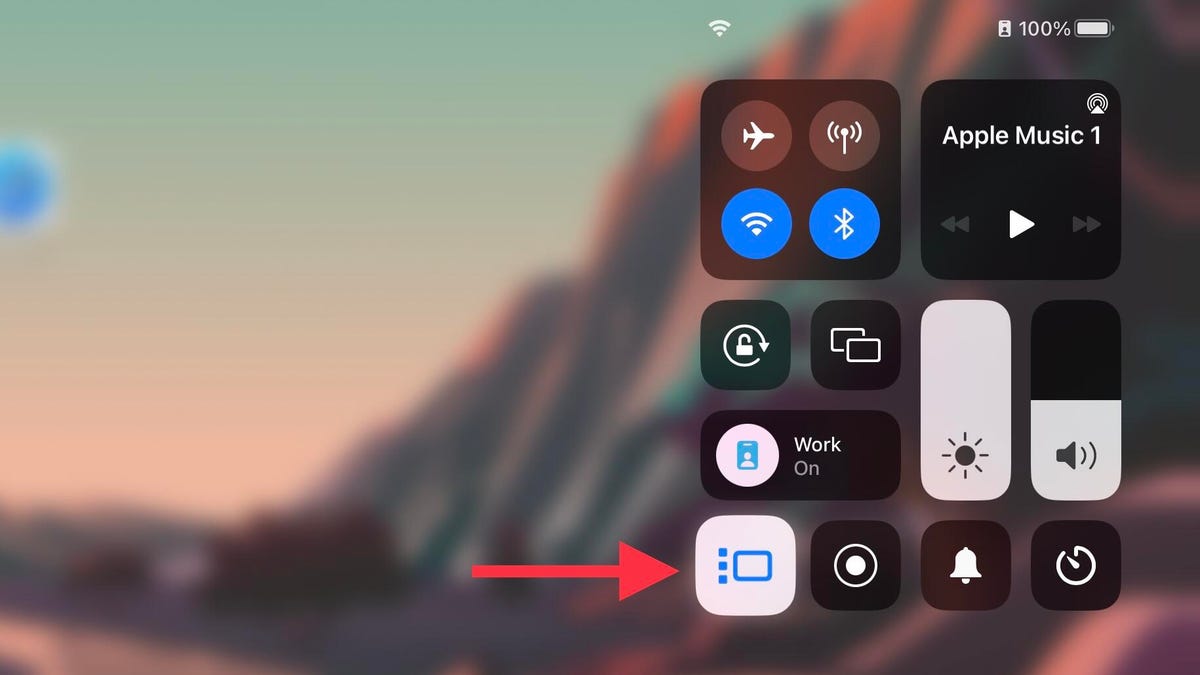 How to activate and deactivate the Scene Manager?

So the Stage Manager is an optional feature. You can use it anytime by simply pressing a button in the iPad Control Center. To access it, swipe down from the top right corner of the iPad screen. You will then see a new icon with a rectangle and three dots on the left. Click on this icon to activate the option.

If you want to go back to the traditional iPad layout, open the Control Center again and press the same button to disable the Scene Manager. 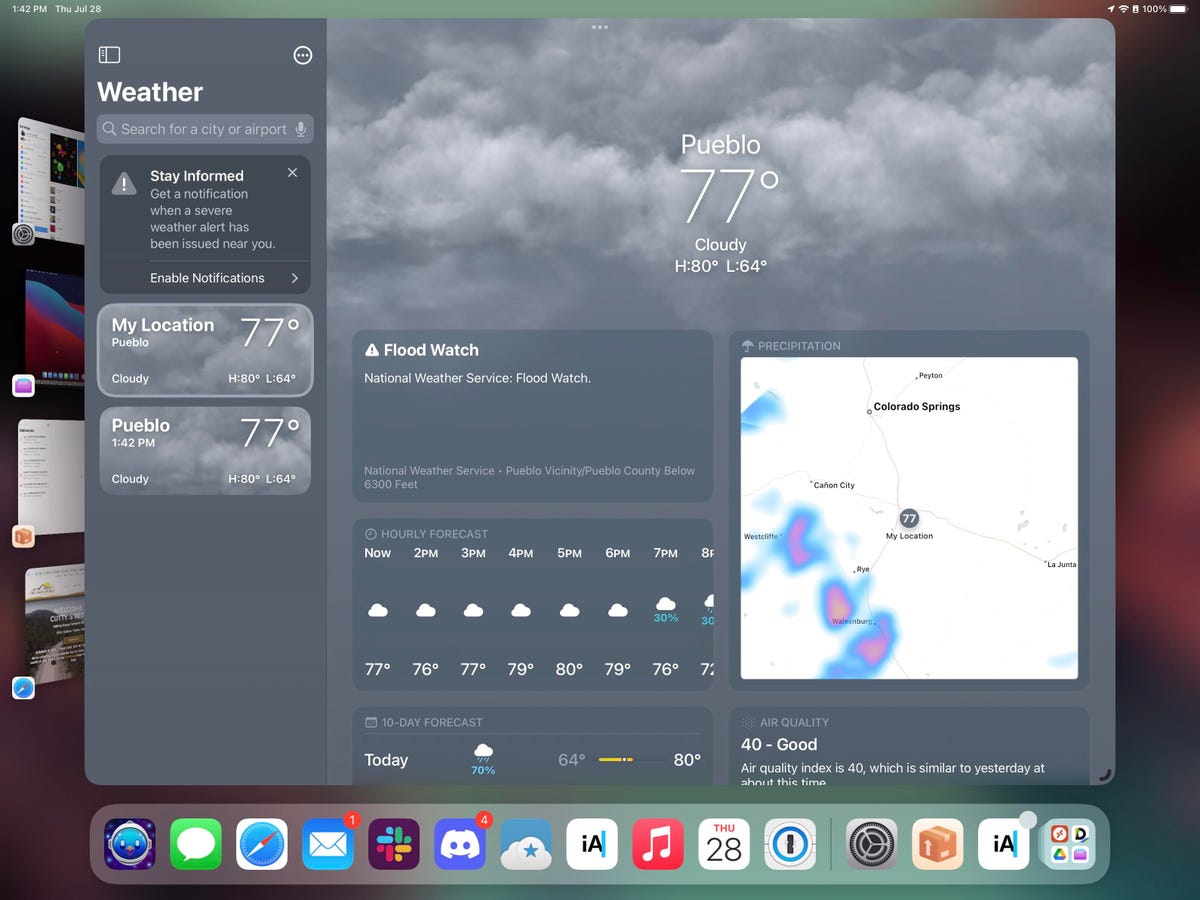 What to do after activating Stage Manager?

You may not notice a difference in how your iPad works after activating Stage Manager, especially if you instinctively return to the home screen.

But open any app on your iPad and you’ll see the changes Apple has made to multitasking. As you can see in the screenshot above, the Weather app no ​​longer takes up the entire screen. Instead, it’s slightly smaller, with thumbnails of previously used apps displayed on the left side of the screen.

You can either tap on an app’s icon to open it, or tap on the thumbnail on the left side of the screen to switch to that particular app. 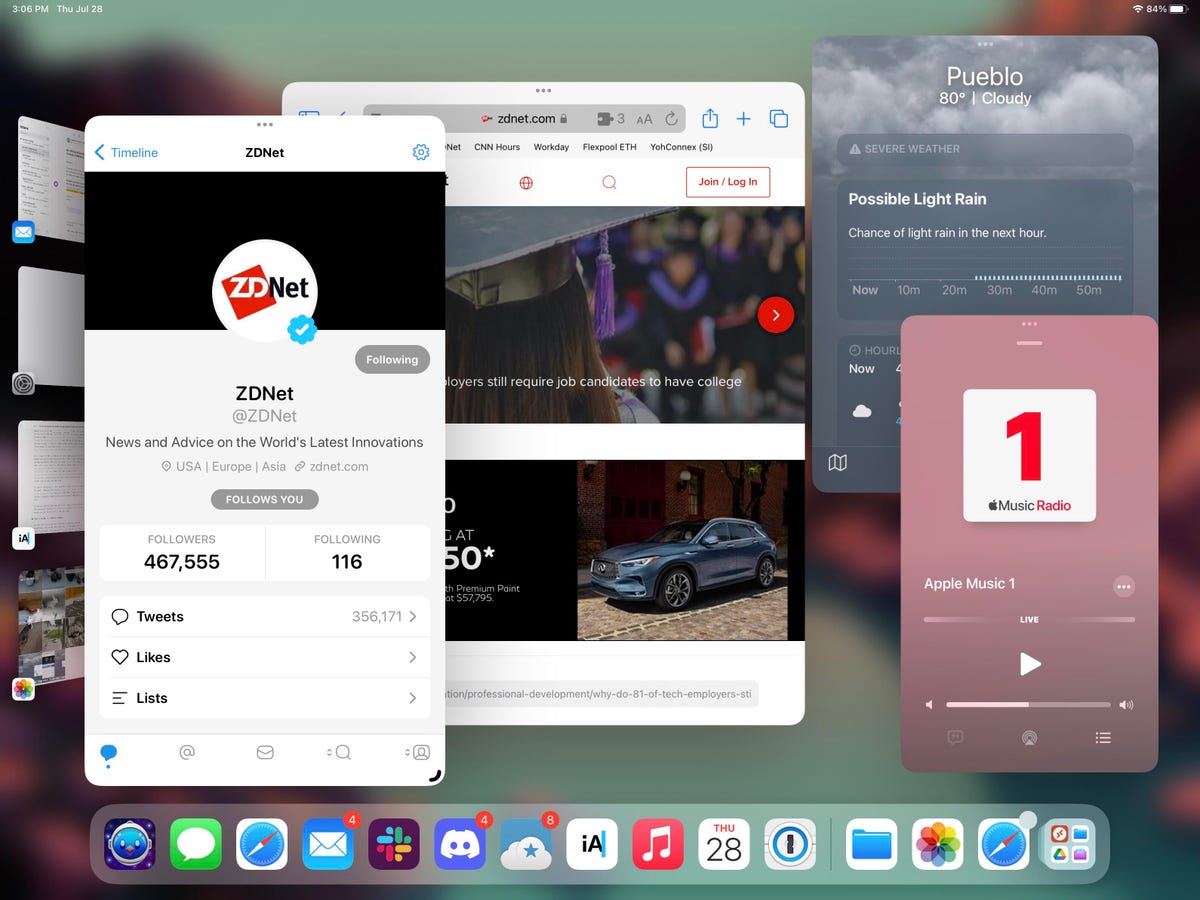 How to use more than one application at the same time?

If you want to add a second, third, or even fourth app to your interface, simply drag the icon of the selected app onto the screen from the Dock or App Library. You can also drag one of the thumbnails from the left side of the screen to open it next to the main app.

When you add a second application, the two windows are resized to make equal use of the available screen space. However, you can resize windows, overlap them, or stack them on top of each other.

iPadOS 16 intentionally leaves the tooltip of all active apps visible so you have somewhere to tap to switch between apps. Again, you can have up to four apps open and available at any given time.

In the screenshot above, you can see that Safari, Tweetbot, Weather, and Apple Music are open and active on the iPad screen, each at a different size and overlapping. 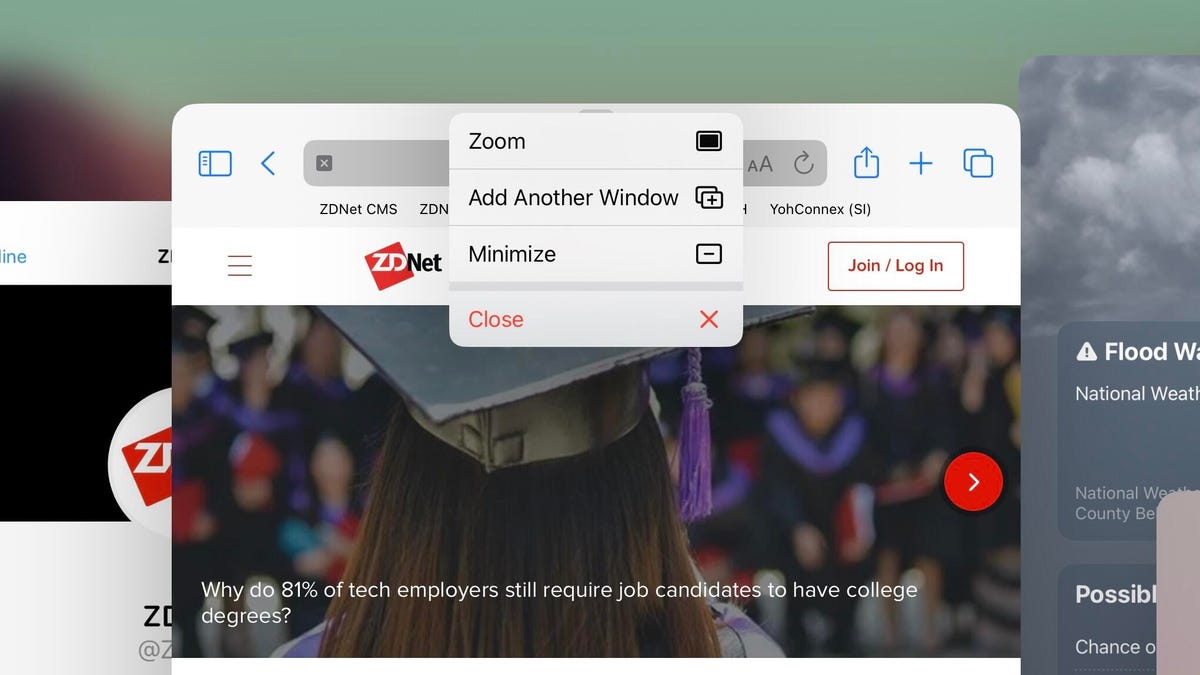 When the Stage Manager is active, you can see three small dots at the top of every application window. By clicking on it, this button brings up a menu that offers you several actions. Here’s a quick overview of what each option does:

You have several options for resizing the displayed windows. You can use the handle, often found in the bottom right or left corner of the window, or – if your iPad has a mouse or trackpad connected – you can move the pointer to either edge of the window to adjust the size.

The window size is not completely free, but it adapts to pre-existing sizes defined by iPadOS. However, from what I’ve seen so far, many options provide more flexibility.

You can even resize windows so that they automatically hide the dock at the bottom of the screen or cover the toggle area on the left side. 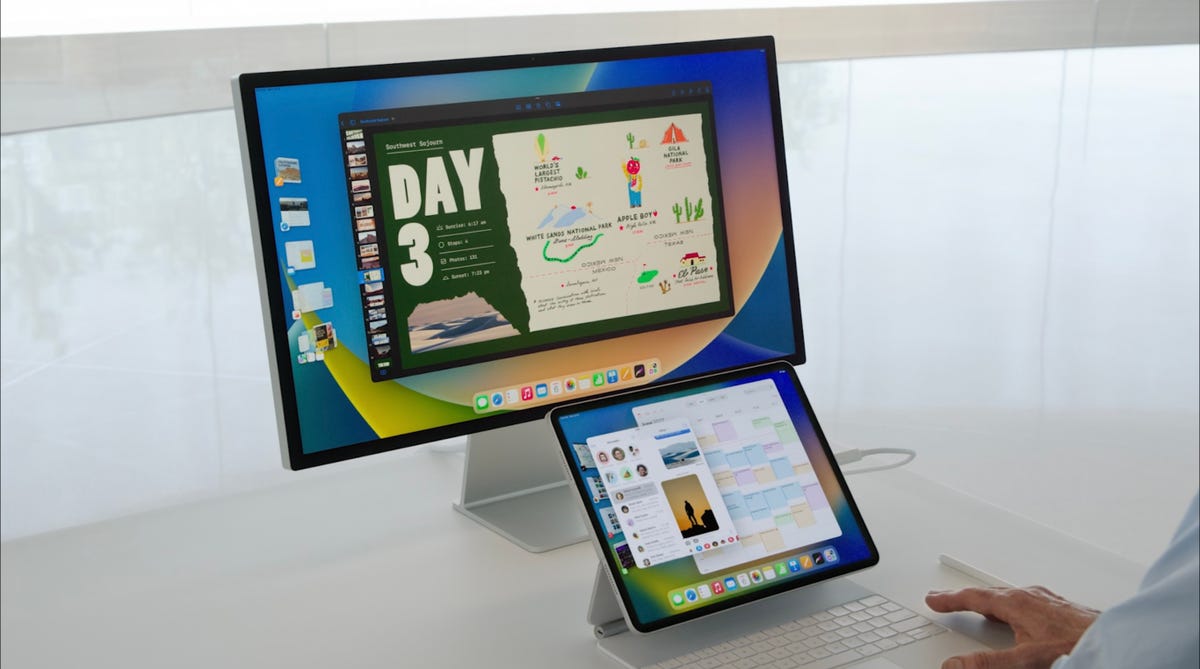 Now that you’ve mastered Stage Manager on your iPad, it’s time to get started by connecting your iPad to an additional monitor.

Stage Manager works on screens up to 6K. Unlike the previous dual-screen implementation, instead of mirroring the iPad display to the monitor, this feature displays a second home screen with an app dock and Stage Manager tiles.

Scene Manager turns on automatically when you connect iPad to an external display. Once connected, you can open apps, resize them, and move them around, as we’ve just seen. An additional option is included in the menu at the top of each window: Go to screen Where Move to iPad. As the name suggests, selecting this option moves the window to another screen.

On the second screen, Stage Manager works and behaves the same as on the iPad. However, with a second monitor, you can double the maximum number of apps that are open and active at the same time. Hence the need to have power under the hood.

There are a few other features and details in the Stage Manager control, but since the system is still in beta, it would be premature to talk about it. Apple often makes feature changes as feedback comes along with development.

If you’d like to sign up for the iPadOS 16 beta, you can do so now by following the instructions on Apple’s website. Keep in mind that you will definitely run into bugs and issues and that it is not recommended to install the beta version on devices you use on a daily basis.